What is the Salzburg Festival?

The Salzburg Festival explained with 5 questions

Salzburg owes its two nicknames to classical music. For one thing, one of the most famous composers was born and grew up in the “City of Mozart”, which you won't be able to miss when you visit. For another thing, the “Festival city” is renowned throughout the world for its festivals. The “Salzburg Festival” in summer has helped catapult the city to worldwide fame. But what's it actually all about? These “Frequently Asked Questions” will give you a quick overview:

1. Why is the Salzburg Festival so famous?

We can think of a number of reasons. Salzburg has historically always supported culture and music and many international stars have performed here, been trained here or were even born here. Another reason is the Jedermann (Everyman) play by Hugo von Hofmannsthal, which has taken centre stage at the Festival since the 1920s, wowing its audience anew each time it is performed. And then naturally there’s Herbert von Karajan, who was born in Salzburg and went to great lengths to get the Festival at world level. Or maybe it’s simply down to the stunning backdrop of the historic centre, castle and first-class concert halls … There are lots of reasons. 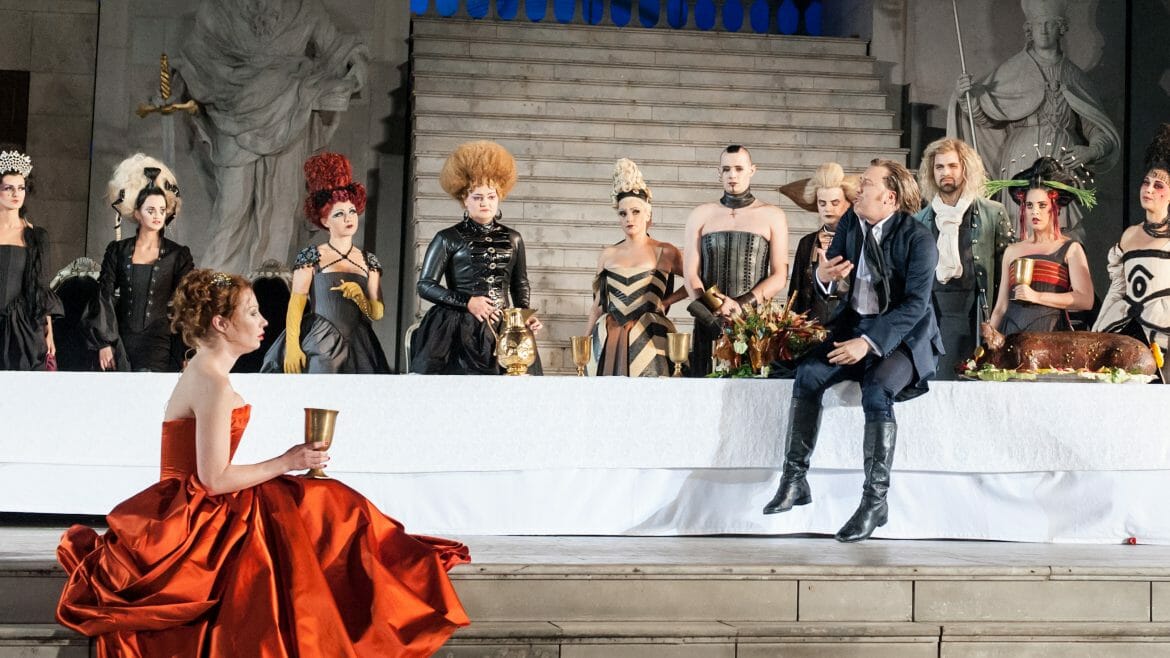 It’s a music festival that embraces the great composers and authors of the last centuries. You can roughly divide the performances into three areas.

Opera: The brilliant performances at the Large Festival Hall are riddled with stars of the scene. Not just Mozart operas, but also Italian composers as well as modern pieces are performed here.

Drama: “Everyman” is the Festival’s main pillar and is accompanied by Austrian authors such as Thomas Bernhardt, also born in Salzburg (main focus in 2016) and international names such as Shakespeare and Samuel Beckett.

Concert: Solo recitals, chamber concerts, matinées and orchestral concerts. Classical music forms the largest part of the Festival. The Vienna Philharmonic Orchestra is one of the best orchestras on the world stage. There is also a constant stream of many other great names playing at the many venues around the city.

Festival district: Most of the Festival take place in the heart of the historic centre. The Festival Hall, the Felsenreitschule and the Haus für Mozart take on the lion’s share. Then there’s the traditional Everyman performances in front of the cathedral (or at the Festival Hall if it’s bad weather) and concerts at the Collegiate Church, St Peter’s Abbey and even the cathedral itself. There’s also a lot going on at Republic nearby, the Mozarteum or the auditorium at the Faculty of Catholic Theology. Or visit  the Festival’s amazing outpost at Perner Island in Hallein. 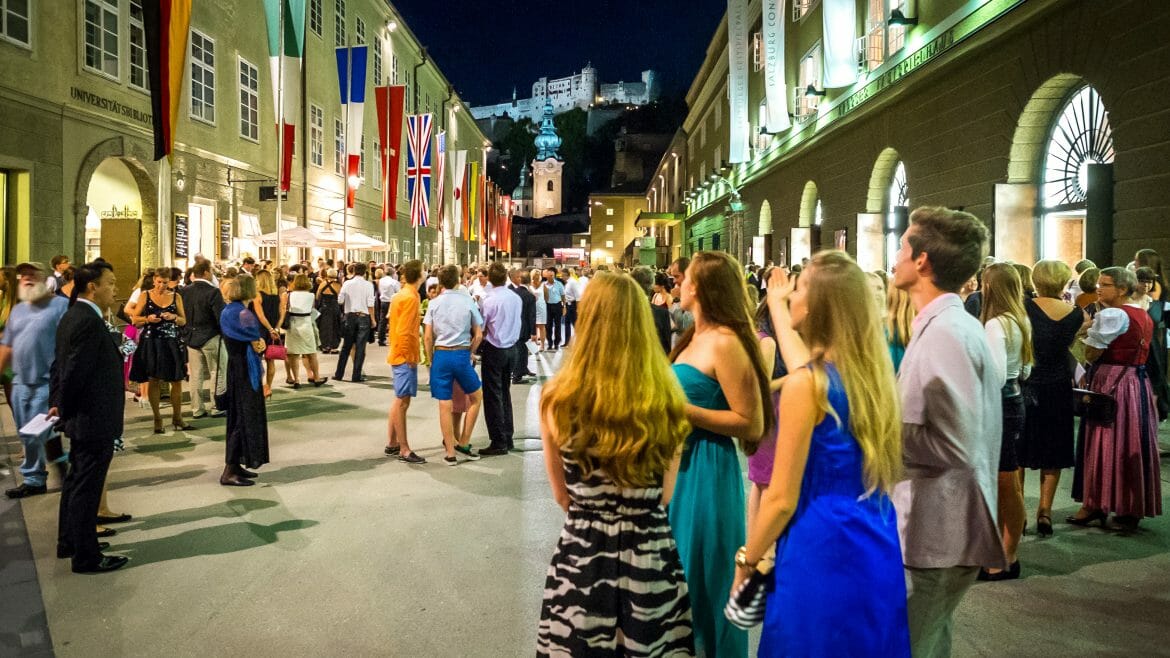 4. Where can I get tickets?

All performances are very popular and most are booked out months in advance. Thus, it pays off to confirm your visit quickly and book your tickets as soon as possible after the program is announced.  You can order your tickets here.

During the Festival, it is always worth a look at the Remaining Tickets List. Special tip for bad weather: one hour before each ‘Everyman’ performance, you can try your luck at getting a standing ticket in the Franziskanergasse street and if you are lucky, then you will get to see a star-studded performance.

5. What are the Whitsun and Easter Festivals all about?

In addition to the big festival in summer, you can also visit the Easter and Whitsun Festivals. It’s all due to Herbert von Karajan, therefore originating from the Salzburg Festival. However, they take place on different dates (obviously) and are separate entities. Some productions (especially operas) that are shown at the two smaller festivals are adopted by other opera houses as well as the summer festival later on. Both events are, however, a lot shorter and more elitist than the Salzburg Festival, which lasts six weeks.

Now that the most important questions have been answered, all that’s missing is you. Expect a unique classical music festival. Don’t forget to take a look at the accommodation list.