© Salzburg Festival - Orphee, a group of actors on a stage

Centre of the Classical World

For more than 100 years, Salzburg’s old town enters into a temporary altered state for several weeks in the summer. The red carpet is rolled out, celebrities gather and music fans from all over the world come to experience one of the most important classical music festivals in the world — it’s festival time in Salzburg! And in 2022, Lars Eidinger and Verena Altenberger from Salzburg will perform in “Everyman”.

Probably the most famous cultural event in the Salzburg region is the Salzburg Festival from July to the end of August. The artistic program is diverse at the Salzburg Festival, as well as interesting and exciting. Every year around 200 events, including operas, concerts, evenings with plays and readings are held in Salzburg. The city of Salzburg becomes a stage for art and culture.

The Salzburg Festival lasts six weeks and it has helped catapult this small town in the Alps to worldwide fame. The list of conductors, orchestras and soloists reads like a Who’s Who of the 100 years of music history. The festival has continued to grow ever since Everyman was played at the Domplatz in front of the cathedral for the first time many years ago. Apart from the old maestros and the focus on Wolfgang Amadeus Mozart, the programme also includes premiere performances of modern composers. The three main pillars are:

Everyman and the founding of the Festival

The Festival was born in 1920 when Everyman (Jedermann) was performed in front of the cathedral for the first time. To this day, “The life and death of a rich man” is still performed – and with good reason, too. Every new production is an exciting and independent highlight of the Festival, celebrated year after year by locals and visitors alike. Find out more about the turbulent history of the Salzburg Festival.

The new Everyman cast is causing great joy in Salzburg, because in addition to Lars Eidinger in the “Everyman” title role, Verena Altenberger from Salzburg is taking on the role of the Buhlschaft. Verena Altenberger from Schwarzach im Pongau is thus making her festival debut and is certainly familiar to cineastes from the feature film “The Best of All Worlds”. 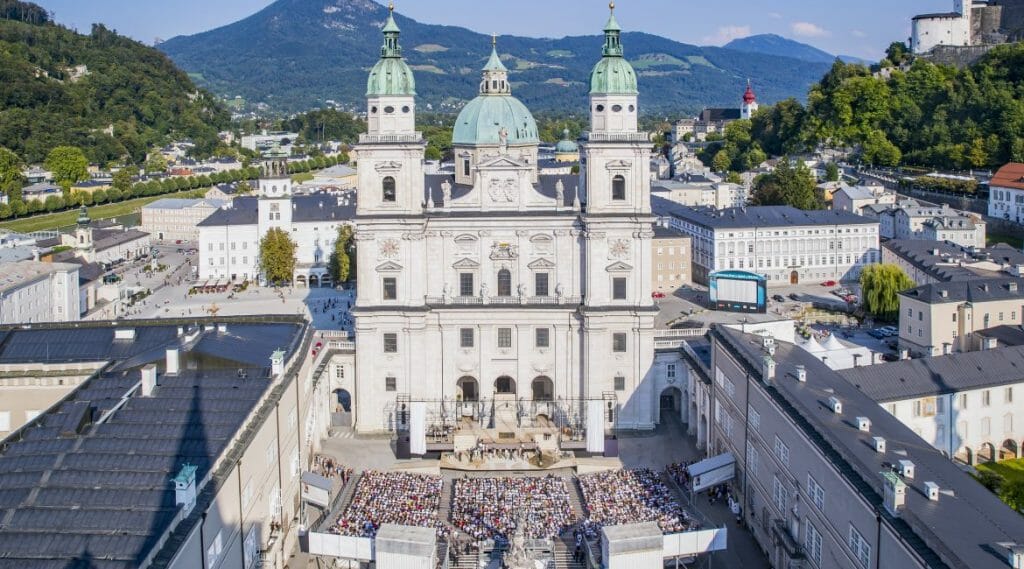 Herbert von Karajan, also born in Salzburg, dominated the Salzburg Festival from the 1960s to the end of the 1980s. He initiated the Easter Festival and the Whitsun Festival. While the Easter Festival has music of the highest quality but on a smaller scale, Whitsun quickly became the “alternative date” for the Easter Festival subscribers. Over the years, both festivals have gone through many changes and are now regarded as the spearhead of classical music as well as the most exclusive and best festivals in the world.

100 Years of the Salzburg Festival

In 2020, the Salzburg Festival celebrated its 100th birthday. The entire festival programme is available on www.salzburgerfestspiele.at.

While some people are putting on their evening wear, others are working frantically to ensure everything runs smoothly. While some people are sitting in coffee houses, having a quick look at the libretto of the Mozart opera that evening, others are still rehearsing and adding the finishing touches at the Festival Hall. While some people are stuck in traffic and are complaining about the stifling heat, other people are already gathering at the Everyman stage in front of the cathedral. It is obviously Festival time and there are certain things you have to be aware of. Well begun is half done here, too. Go to the Festival district in the historic centre and experience it before or after a performance at the Large Festival Hall for yourself. 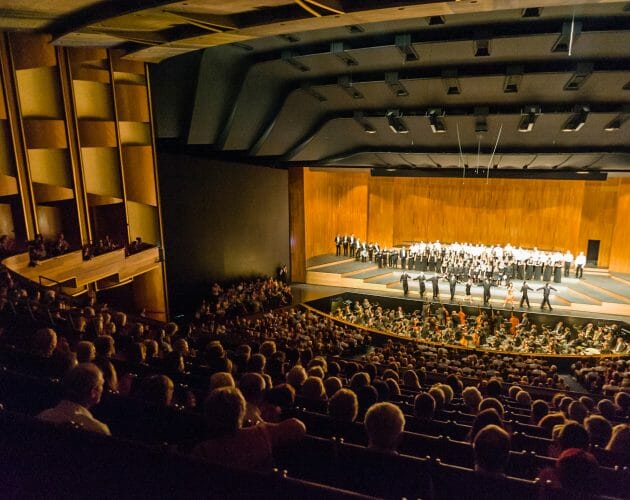 Learn more
Learn more
Well begun is half done. A stress-free visit will help you concentrate on what's important – enjoying the operas, plays and concerts.
Learn more
The Salzburg Whitsun Festival takes you on a musical journey to Andalusia. This year, attendees will be heading to Sevilla from 3 to 6 June.
Learn more
Salzburg has made a name for itself as a festival town with the summer festival, easter and whitsun festival. The Easter Festival is one of the most interesting and best classical music festivals worldwide.
Learn more
The famous Salzburg Festival
Load video
You can activate the display of this element via the button. By activating the integration, the browser exchanges data with the respective providers. The current page has no access or influence on the content, type, storage and processing of this data. By clicking on the button, you allow the cookie agreedtoyoutube, you can revoke this cookie under the privacy settings.