Are you considering cycling along the Tauern Cycle Trail and would like to get up to date on the latest information and news? Then here you will find all the news you need.

New route between Bruck and Schwarzach

30.03.2022: After the improvements in the last two years (new village crossing Bruck, new cycle path at the Salzach Gries power plant and the newly built cycle path on the B311 between Taxenbach and Lend as a gap closure), the following section between Lend and Gigerach now runs off the main road.

The new route leads directly over the church square in Lend on a side road and cycle path up to Gigerach at the entrance to the Gastein Valley. Here, you have an impressive view from the bridge down into the Gastein Ache gorge. Alpe Adria Cycle Path cyclists are already familiar with the following six panoramic biking kilometres via Gasthof Posauner to the compensation basin, and they are now also fully part of the Tauern Cycle Path.

This new, 7 km long route between Lend and the compensation basin high above the Salzach Valley offers a magnificent view over the Pongau mountains to the Hochkönig massif. The effort in tackling the ascent is more than compensated by the magnificent panorama. (Note: The “old route” along the county road east of Lend will no longer be passable from April 2022 due to a construction site lasting several years.)

20.12.2021: During the severe storms of Summer 2021, the route of the Pinzgauer Lokalbahn was partially undermined and damaged. Therefore, the railway line between Niedernsill and Krimml is not passable until further notice, also during the summer season 2022. Between Niedernsill and Krimml, a rail replacement service with buses has been set up, but they cannot take bicycles with them. There are however three exceptions here – from 23.05. to 30.09.2022, the trains/bus connections at 10:00, 15:00 and 17:00 (each from Zell am See) can each transport bikes but only by reservation the day before (until 4:00 pm) on Tel.: +43 6562 40600 or pinzgauerlokalbahn@salzburg–ag.at. Detailed timetable under www.pinzgauerlokalbahn.at.

An alternative bicycle transport option from Zell am See or Niedernsill to Krimml is possible, for example, via Radtaxi Altenberger, Tel.: +43 664 4582717, taxi-altenberger@sbg.at.

In the course of the re-paving of the old town of Hallein, a new direct route through the historic old town of Hallein was made for cyclists on the Tauern Cycle Trail. From spring 2019, you will be able to cycle directly from the Bayrhamer-Platz across the Kornsteinplatz to Pfannhauserplatz directly in front of the Celtic Museum Hallein. 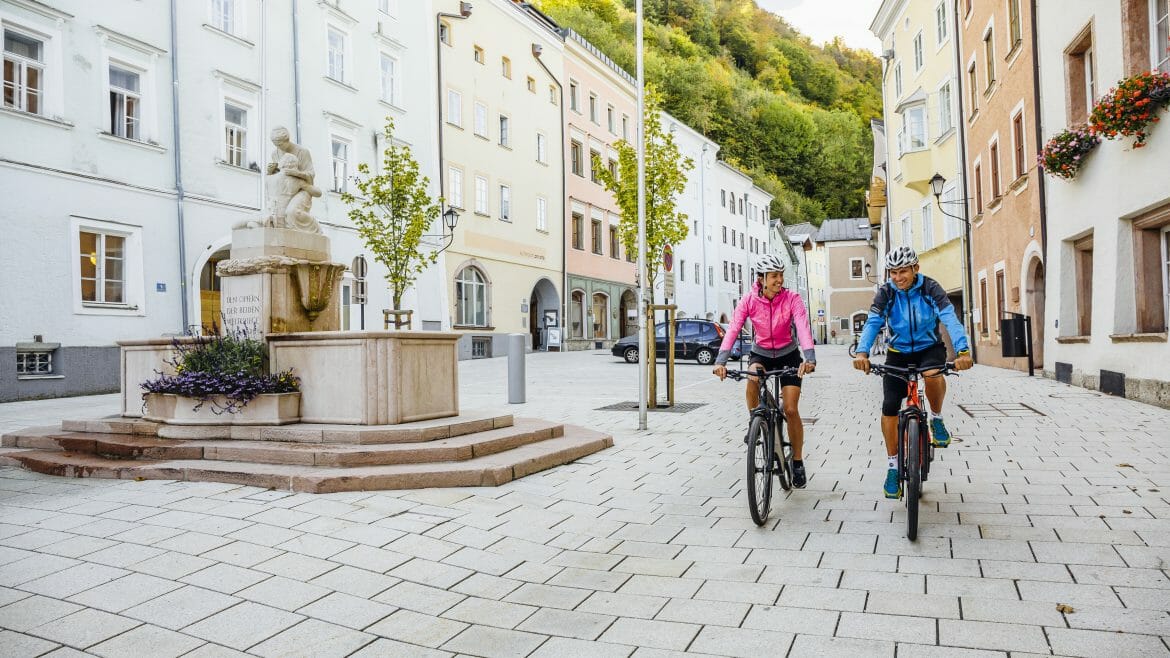 In Oberndorf near Salzburg, on 24th December, 1818 Joseph Mohr and Franz Xaver Gruber sang “Silent Night! Holy Night!” for the very first time. The lyrics came from the young Salzburger Pastor, Mohr, with the melody being composed by the Upper Austrian teacher and organist, Gruber. Two hundred years later, the song is sung by some two billion people in more than 300 languages and dialects around the world. “Silent Night! Holy Night!” is a UNESCO World Heritage piece and world peace song, international heritage and musical heritage piece. The big anniversary was being celebrated in 2018 in many Silent Night Towns, with museum openings, special exhibitions, a new stage play and numerous events. 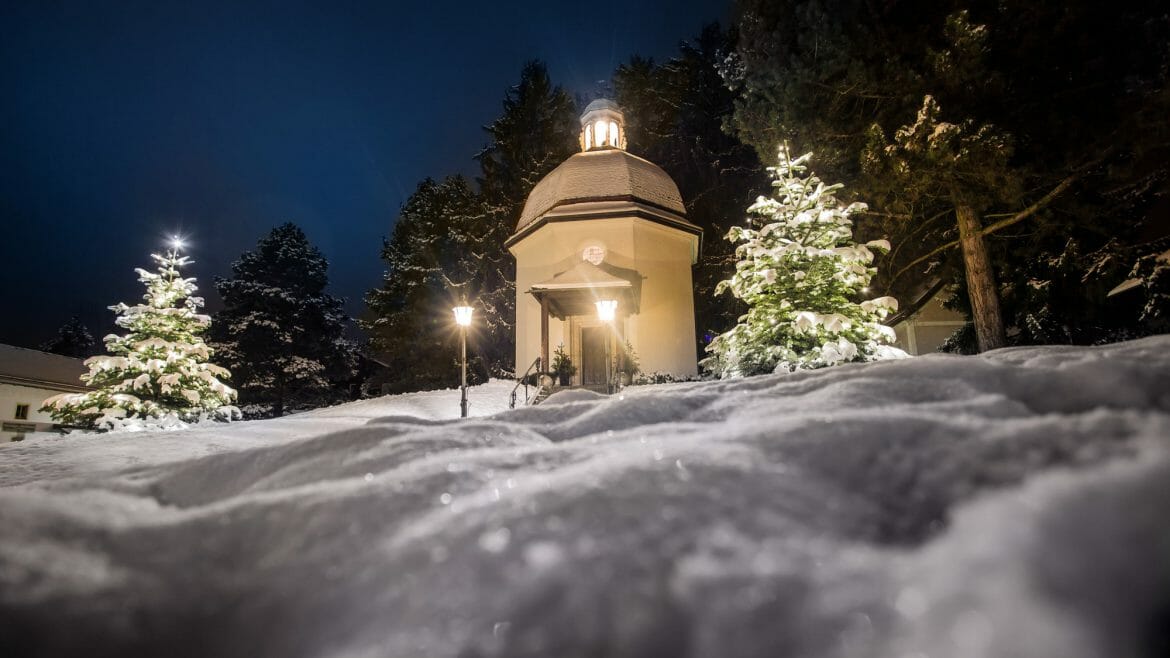