Sport, fun and action: The Summer bucket list for Flachau

These 9 things should be on every To Do list

Flachau has more than earned its nickname "The Pinnacle of Fun". Both in summer and in winter, the region offers countless sports and leisure activities for outdoor fans. Maggy and Anja of "You Are An Adventure Story" were looking for challenging tours and action-packed trails on the Faulkogel, the Lackenkogel and an extensive mountain bike tour in Flachau – and found what they were looking for. What should not be missing from any Flachau summer bucket list, we reveal here:

In Flachauwinkl, you can go along the Marbach stream on a scenic hiking trail into the Marbach Valley. The stream is perfect for cooling off your feet on hot days. The Alpine pastures at the rear of the Marbach are purely idyllic. Here it is so beautiful, you just need to whip out your mobile phone camera, and not just as a blogger. There, is also Hermann Maier’s favourite spot – a bench with a view of the surrounding mountain backdrop. 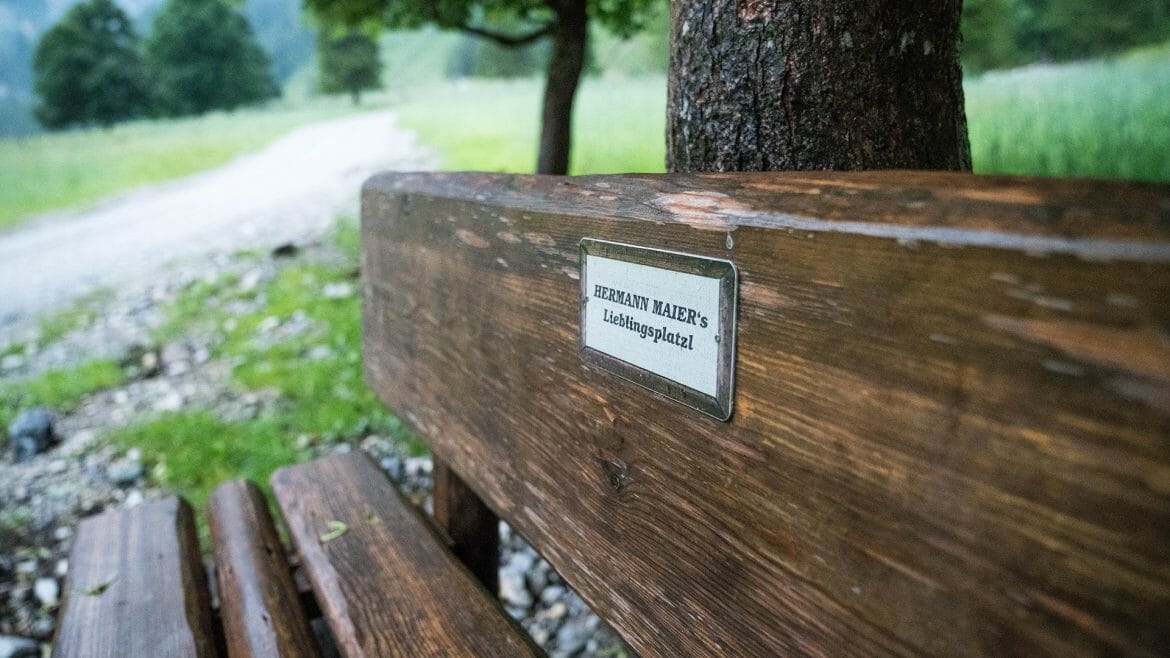 #2 Explore the region on two wheels

Flachau not only offers countless hiking trails, but also a lot of routes for cyclists and mountain bikers. One of these is the Sattelbauer Tour, which is a comfortable ride with only two climbs and an impressive view of the Dachstein Mountain. The perfect stop-off can be found at Guesthouse Sattelbauer and/or Guesthouse Winterbauer.

#3 Roll down a slope inside a huge ball

Excuse me? You heard correctly – with “Zorbing” you roll downhill inside a giant ball of plastic. You climb in through a small opening, put the belt on and off you go! Maggy and Anja also became real “Zorbonauts” in Flachau and had a lot of fun doing so.

#4 Stop off at the Lackenalmen

The  Lackenalm pastures are the ideal place to stop off after a hike. Here you will be spoilt with culinary delights – cheese bread, bacon bread, doughnuts, and home-made cakes, nothing is missing. From the Mountain Guesthouse Sattelbauer you reach the Alpine pastures in about an hour on foot. 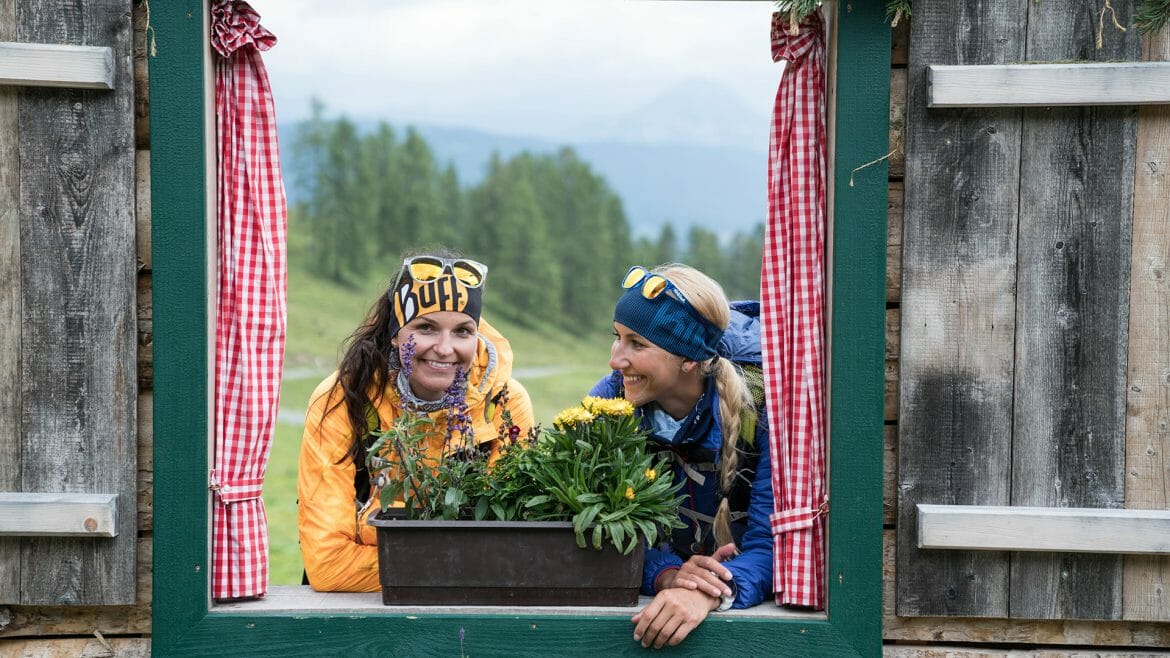 © SalzburgerLand Tourismus, Fräulein Floras Favourite Hangouts – Maggy and Anja from You Are An Adventure Story

#5 Cheer on the runners in the Strongman Run

… or even run yourself. The Fisherman’s Friend Strongman Run in Flachau leads its participants every year in summer over 10km, 370 metres of altitude and 20 challenging obstacles. It is quite likely that you will finish the race all wet and muddy. Watching and cheering from the dry is also a highlight in itself.

#6 Check out your own mirror image in ponds

During the ascent to the Lackenkogel, the bloggers came across several “ponds” that give the mountain its name. Especially the upper pond just before the summit climb is perfect for a short photo-stop. Here, you can shoot great photos with different reflections. 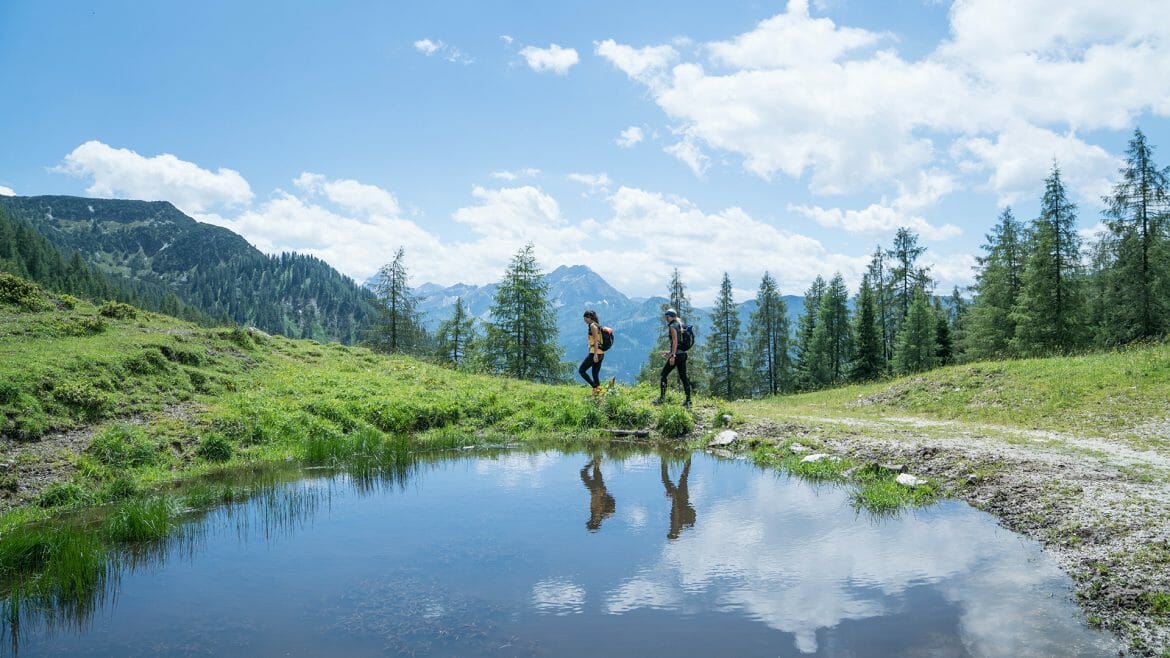 The Faulkogel is also called the “Matterhorn of Flachau”. The striking summit at 2,654 metres is already visible at the beginning of the hike. The ascent to the Faulkogel begins, for example, in the Marbach Valley where it later heads over the Gasthof Plateau, with the Lake Neukarsee, towards the summit. This tour can also be divided into two days with accommodation available for example in the Franz Fischer Hut or on the Jakoberalm. 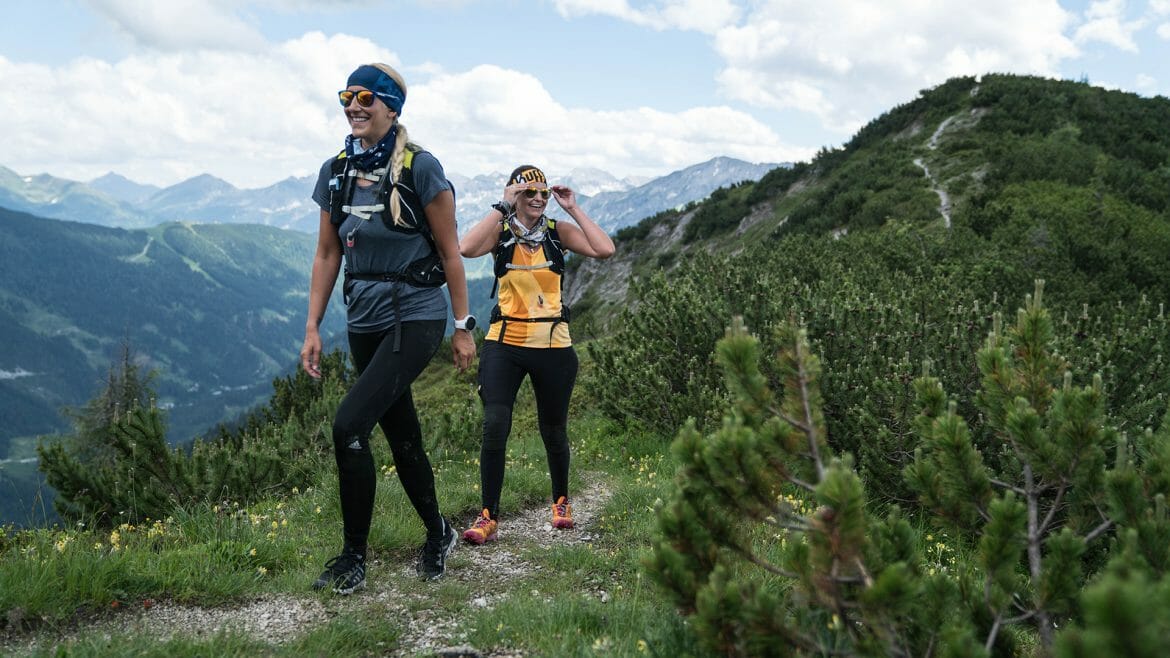 © SalzburgerLand Tourismus, Fräulein Floras Favourite Hangouts – You Are An Adventure Story in Flachau

#8 Cycle a section of the Stoneman Taurista

4,500 metres of altitude, 123 kilometres and a 360° mountain panorama on two wheels. The Stoneman Taurista is the ultimate experience for all mountain bikers. In summer, it can be cycled for almost three months and leads across beautiful Alpine pastures, past rustic mountain huts and many summit crosses in SalzburgerLand. One of the sections also starts in Flachau and is a must for all adventurers!

#9 In the Schusterhäusl hut for dinner

After strenuous tours, you should not forget a refreshment at the end of the day. In the Schusterhäusl, a rustic hut in the middle of Flachau, steaks and Mediterranean delicacies are expertly served. The wonderful smell of wood and fresh food overcame Maggy and Anja as soon as they entered the hut. One thing is for sure – here you can spend a lot of nice hours. 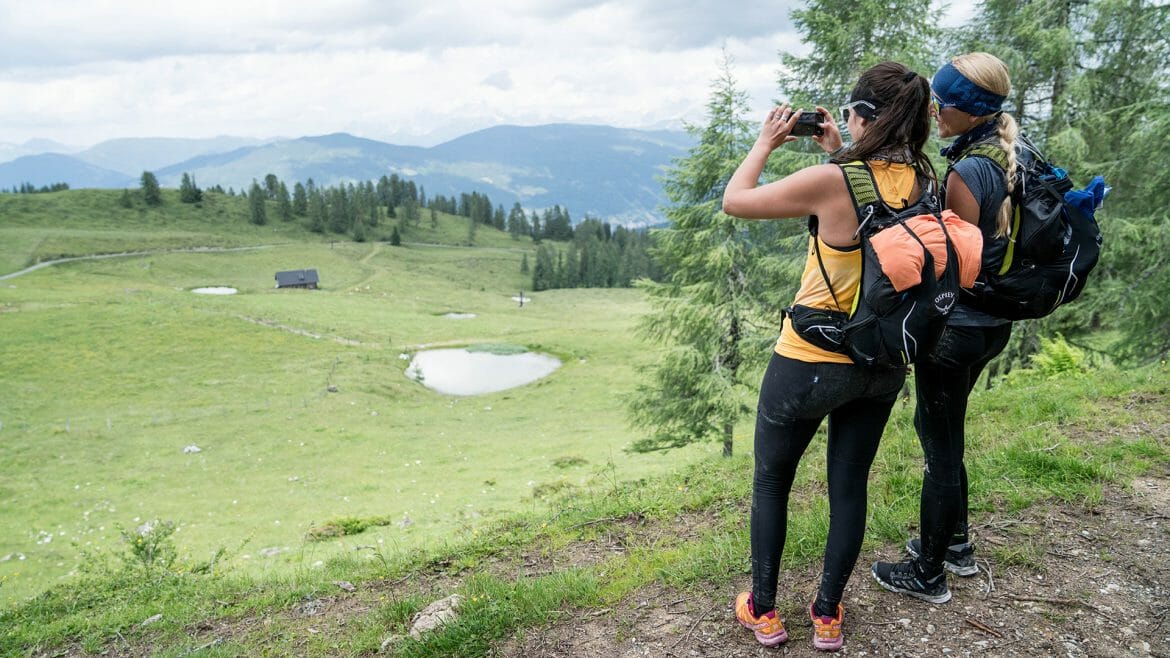