Mountain Snow Sports & Kaiserschmarrn in the heart of SalzburgerLand

Hermann Maier invited Alexandra Meissnitzer to go skiing with a pit stop at the glorious Herzerlalm in Flachau.

The fifth discovery tour on Meisi’s journey through Salzburgerland brings Alexandra Meissnitzer to the mountain ski resort Flachau in the heart of Ski amadé, Austria’s largest ski area featuring 760 km of slopes and 270 ski lifts. Flachau combines three ski areas that cover all sorts of winter sports preferences: Snow Space Salzburg, for example, offers broad and perfectly prepared carving slopes, the skiing paradise Zauchensee is the hotspot for ambitious skiers and an insider’s tip among freeriders and backcountry skiers, the Shuttleberg Flachauwinkl-Kleinarl is with its Absolut Park providing a Superpipe and “Burton – the Stash”, the perfect playground for freeriders, freeskiers and snowboarders.

Needless to say, professional skiers know each other. However, once you retire, there are only a few points of contact left. When Hermann Maier, who undoubtedly is one of the best skiers in the world, invited me to go skiing with him, I was delighted all the more. – Alexandra Meissnitzer 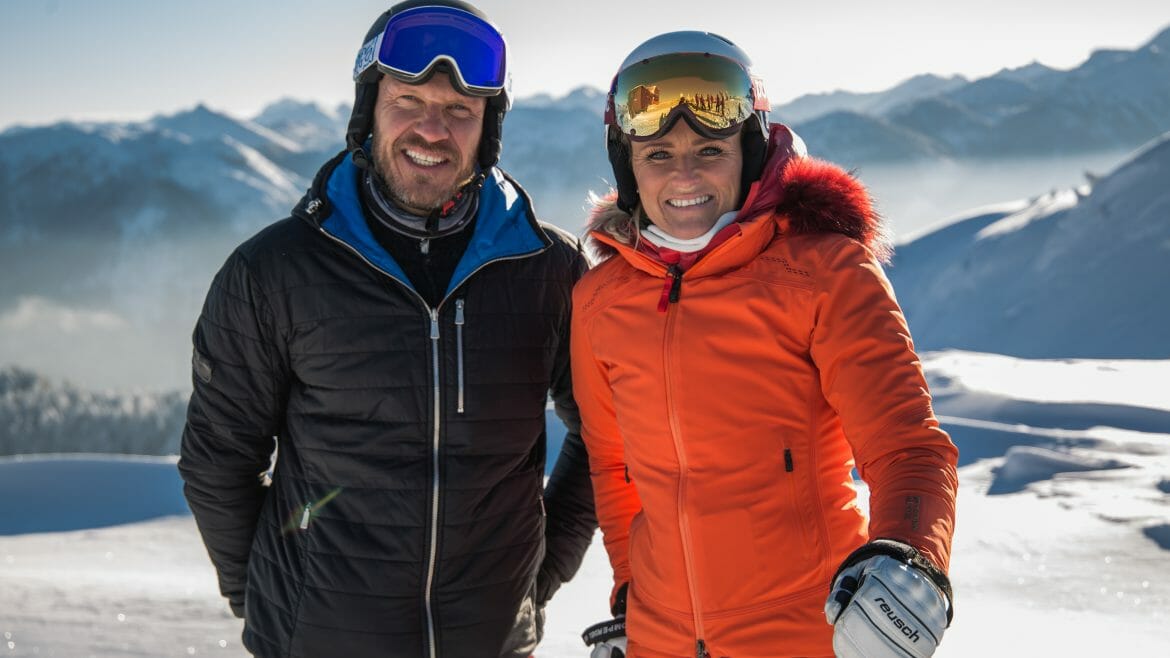 The two-time Olympic champion, three-time world champion and four-time overall World Cup winner, Hermann Meier, is considered to be one of the most successful skiers of all times: he brought international fame to his native place Flachau. The mountain ski resort is still dear to his heart, even after his career as a professional athlete: in Flachau, his family manages the Hermann-Maier-Skischule.

Today, we’re focused on finding a new generation of athletes in all sorts of sports and in skiing. Flachau and the SalzburgerLand offer the very best conditions for that. – Hermann Maier 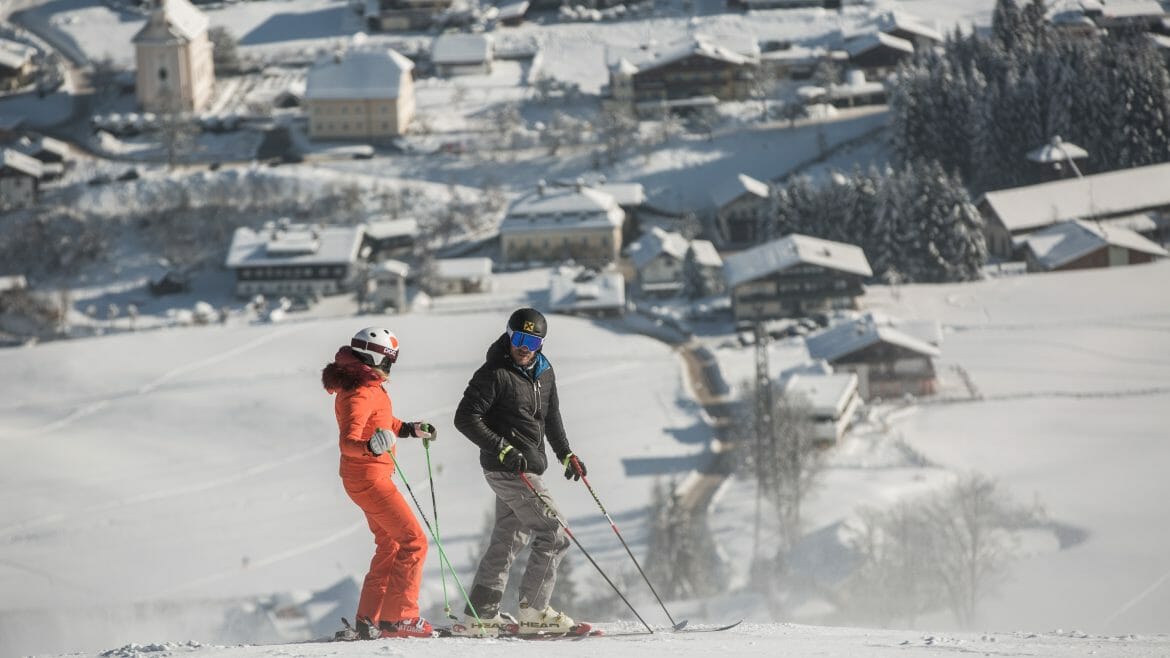 Every January, the AUDI FIS Ski World Cup Ladies Night Slalom takes place in Flachau, more precisely on the „Hermann Maier Weltcupstrecke“. Just a few days after the big event, Alexandra Meissnitzer and Hermann Maier went skiing there and gave their all.

When you ski for fun, you take it more slowly and easy than before. However, skiing downhill at full speed is still a lot of fun. Yet, security on the slopes has first priority. – Alexandra Meissnitzer 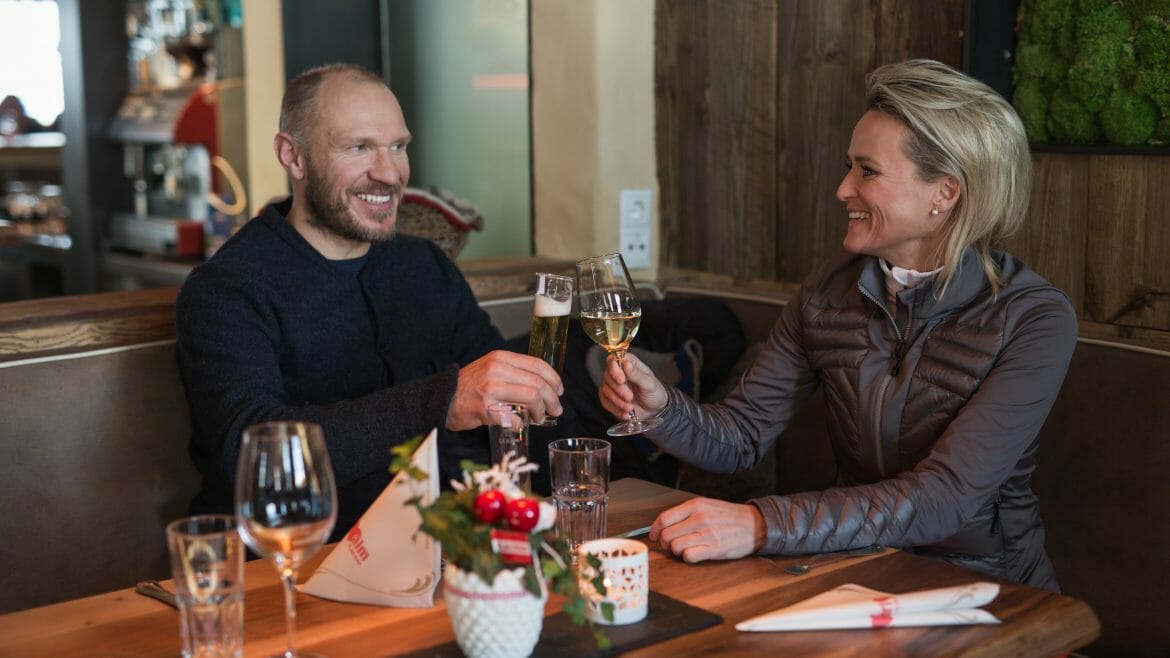 After a fabulous day on skis, Alexandra Meissnitzer and Hermann Maier visit Britta Goldner’s Herzerlalm. In 2011, the Flachau-born hostess acquired the chalet with party tent located at the Achterjet’s valley station. She renovated the place extensively and has been managing it with vim and vigour since then. The team is young, the ingredients are local, the meals home-made and delicious. Chef Stephan Wieland, himself from Flachau and a trained herbalist, preferably cooks seasonal dishes with love and according to the weather outside. On the menu, you’ll find real treats such as Semmelkrensuppe, game stew with pot-roasted red cabbage and hand-picked chanterelles, Schweinstascherl (pork en croute), duck leg with spelt Schupfnudeln (potato dumplings) or a heavenly tasty cream Strudel and Kaiserschmarrn.

We want to spoil our guests with tasty, homey and down-to-earth dishes. At the Herzerlalm, most of our dishes are home-made: we work with local suppliers and producers and we cook with what we get. – Britta Goldner 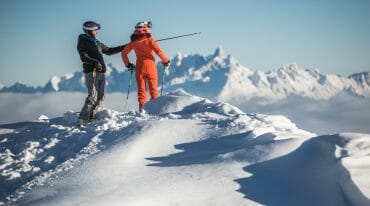 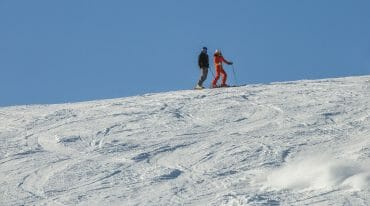 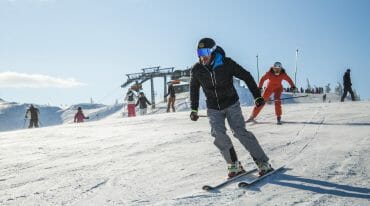 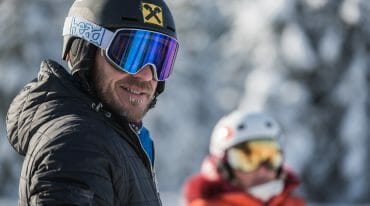 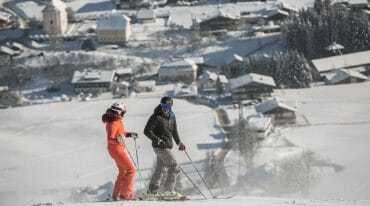 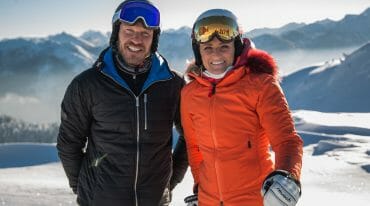 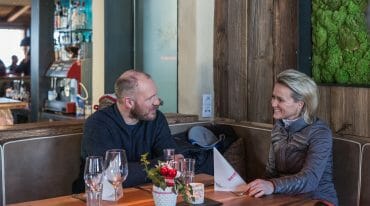 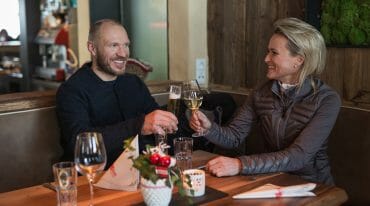 Flachau is one of the hottest ski resorts in Austria – centrally located and live in Ski amadé, with 270 lifts and 760 km of pistes. The Flachau Ski Centre stands out with its comfortable cable cars and a multifaceted ski and snowboard offer for every level of ability. Every day the employees of the mountain railways bring the pistes into top form anew – and every day you have the perfect base for your slalom or carving turns!