Places of spiritual power in SalzburgerLand

Power places and locations in SalzburgerLand

Power places are locations that radiate a very special energy. A power that has a positive effect on the mood and well-being of people in its vicinity. In former times, people lived much more connected with nature and therefore, they were more in tune with the language of the earth. Fortunately for modern times, these power places have not been forgotten. On the contrary – in recent years, people have become more and more interested in finding out more about this ancient knowledge. And, believe it or not, there is hardly a person who does not feel a heightened sense of peace and contentment at these very special places.

SalzburgerLand has many of these fascinating locations. At these places of power, energy and happiness, you can unwind and recharge body, mind and soul. Many of these places are also associated with exciting stories, myths and legends. They can be found everywhere – in hidden places, in the woods, along hiking trails or on the side of the road. Sometimes they’re at famous churches, sometimes they show up in the form of imposing rock formations. These places often exude an almost magical attraction for us, and sometimes you have to look a little more closely to feel the magic.

Water and rocks in the Gastein valley

An artist created stone sculptures that can be seen along the Gasteiner Ache river to draw attention to the power places in the Gastein valley. Similarly to acupuncture needles in humans, these works of art cause an accumulation of energy to flow freely.

In stark contrast, nature itself was the artist who formed the rock creatures on Schlossalm mountain. Anyone travelling with open eyes will discover the magical fantasy beings that have been hiding up here. Especially children will see many of them!

And if you’re already in the Gastein valley, you can trace natural sites of power on Fulseck mountain in Dorfgastein. The specially constructed circular path leads through magnificent mountain scenery. Signs point hikers to the most energetic places.

An unusually high number of power places can be found in Filzmoos. Geomantic tests proved the existence of 16 such places in and around the area. Many locals already knew about the special nature of their home terrain and the specific location of these power places even without scientific measurement methods. Take for example the pilgrimage church with the Filzmoos Kindl or mythical places such as the legend of “Schwarze Lacke”, or “Meeräugl”. And then of course there are the many nature experience places – an impressive tree, a fascinating river or a particularly touching view. And in the centre of all these wonderful places – the unmistakable Bischofsmütze mountain.

Untersberg is an exceptional place. It is Salzburg’s local mountain in a way, at least to those who like to climb in the mountains. You should not underestimate this mountain by any means, even if you can comfortably get to the top with the cable car instead of a strenuous and sweaty ascent. Many myths surround Untersberg mountain. Charles the Great, for example, is said to live in the caves of the mountain massif with his people. The mountain is also said to be populated by dwarfs, goblins, giants and the infamous wild women. 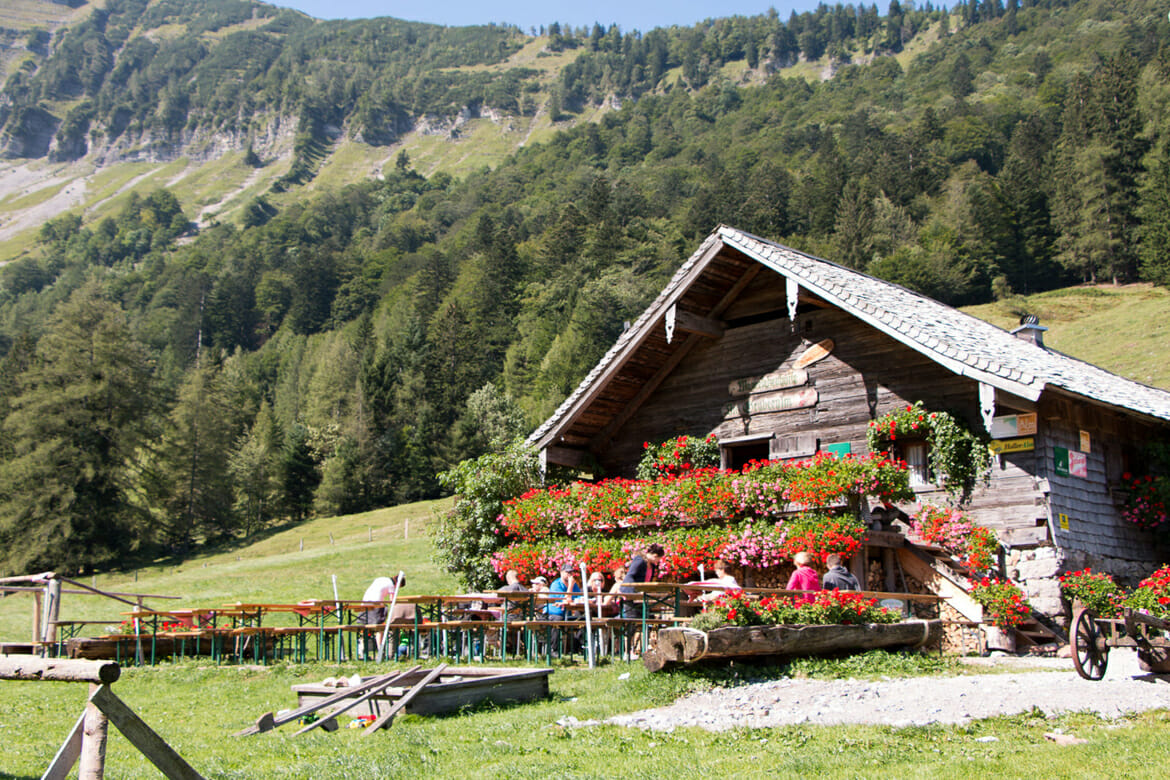 Happy places are those extraordinary locations where you simply feel comfortable, where you can centre yourself, leave everyday worries behind and start anew. Places that harbour an extraordinary energy. 200 such happy places can be found in the Salzkammergut region, 13 of them in the Fuschlsee region. These include the 1000-year old lime tree in Faistenau. Every three years, the “Faistenau Everyman” is performed under its wide-reaching branches. The Kolomannskirche church in Thalgau, considered the oldest wooden church in Austria, is also such a special place.
A hike to the Mayerlehen hut on Gruberalm mountain pasture in Hintersee is exceptional and highly recommended. Not only because the location of the hut is incredibly charming, but also due to the incomparable hospitality by Liesi and Werner Martischek.
Top tip: A particularly exciting experience for children is a night in the hay at the Mayerlehen hut.

Other exciting power places in SalzburgerLand