Boat, railway & bus will bring you through wonderful landscapes in SalzburgerLand

Excursion railways in SalzburgerLand
When it is not a matter of rushing from A to B, but exactly this route in between, then it is usually holiday period. That is why SalzburgerLand has several wonderful excursion railways and routes which should preferably never come to an end. It is best to leave the smartphone as well as everyday stress and work in the hotel …

For over 125 years, the historic SchafbergBahn cog railway has been running from St. Wolfgang straight to the top of the 1783 meters-high Schafberg, which, with its striking peak, is one of the most beautiful lookout mountains in all of Austria. The steam-powered cog locomotives carry passengers to the summit in 35 minutes, traveling a total of 1190 vertical meters and 5.85 km on the way there. Even during the ride, you are treated to wonderful views of the Salzkammergut. And once at the top, each of the glistening surrounding lakes vies for your attention, while your eyes are able to roam from the Bohemian Forest in the north to the Alps in the south. On the summit, idyllic hiking paths invite you to enjoy a pleasant walk, while you also have ample opportunity to pause for refreshments as needed. 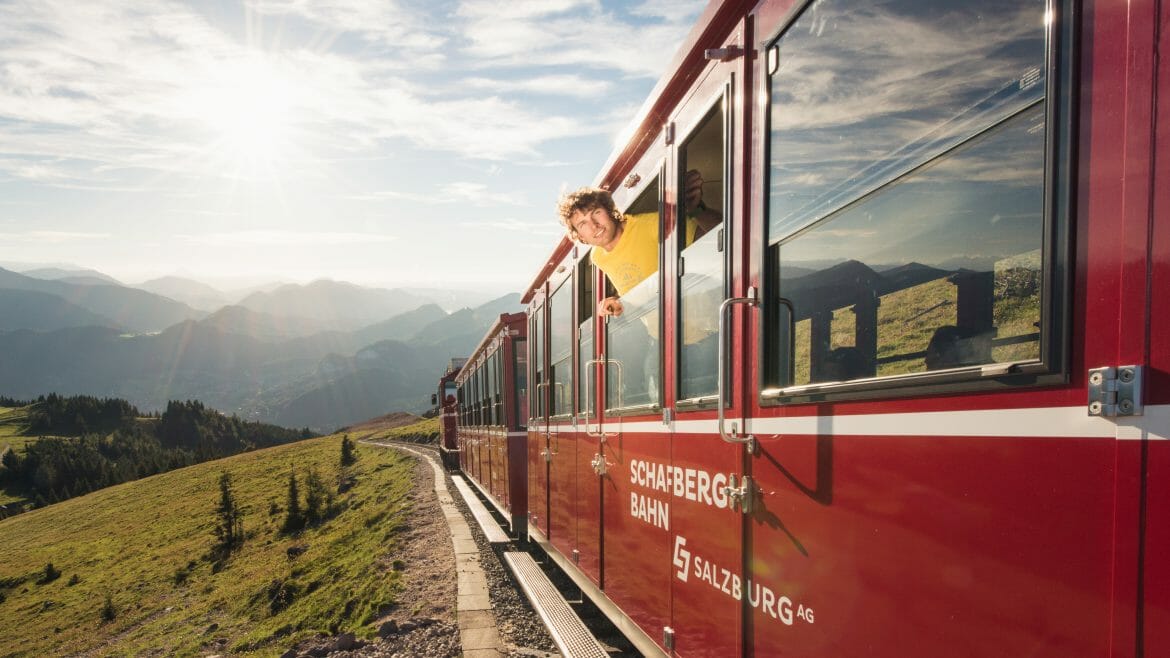 The Pöllatal valley near the Katschberg Pass near St. Michael im Lungau is a small, but fine nature reserve. Consequently, it has also been closed in the summer months for motorists. The choo-choo train – which looks as nice as it sounds – “prevails” since that time. This excursion train for up to 50 people is the only motorised transport system. Once you get away from traffic noise and exhaust gases you can completely concentrate on the leisurely pace and the landscape rolling past. But thanks to crystal-clear mountain lakes and impressive mountain peaks, the Pöllatal is also a good starting point for hikes. Are you in the mood for a culinary delicacy? Anyone who likes to fish is allowed to try their angling luck themselves at the pond near the Kochlöffel [cooking spoon in German] Hut and can give their catch to the proprietor for preparation.

Steam train on the Taurachbahn railway

A genuine steam engine railway, and then also riding through a magnificent mountain world – where is this available nowadays? Very clear: in the Lungau region. On a route extending from Mauterndorf to St. Andrä, the charming excursion railway takes you away into a bygone time, when people got on board a train because of the train ride. A special advantage for cyclists and families: bicycles and prams can be taken along without any problem, and the journey can be integrated in a day tour. Incidentally, this is especially recommended with the SalzburgerLand Card …

The Salzburg Alpine Summer is the Hohe Tauern mountain range is particularly recommended. The national park taxis shuttle between the villages and several untouched valleys which are perfectly suitable for further hikes. For example, it is particularly beautiful in the Seidlwinkltal valley, which is reached from Rauris and still regarded as an insider’s tip among hikers. You should be well prepared, especially in the beginning of summer: snowfields are still on the summits and partly also on protected hillsides.

But other alternatives can also be reached with the national park taxis:

Along the Salzach River and along the Hohe Tauern mountain range: the Pinzgau Local Railway is among the most beautiful excursion railways in the province and has already been taking visitors through a picturesque landscape for over 100 years. The steam train journey with old trains is particularly worthwhile. Be enchanted by the beauty of the Alps and simply take your bike along! 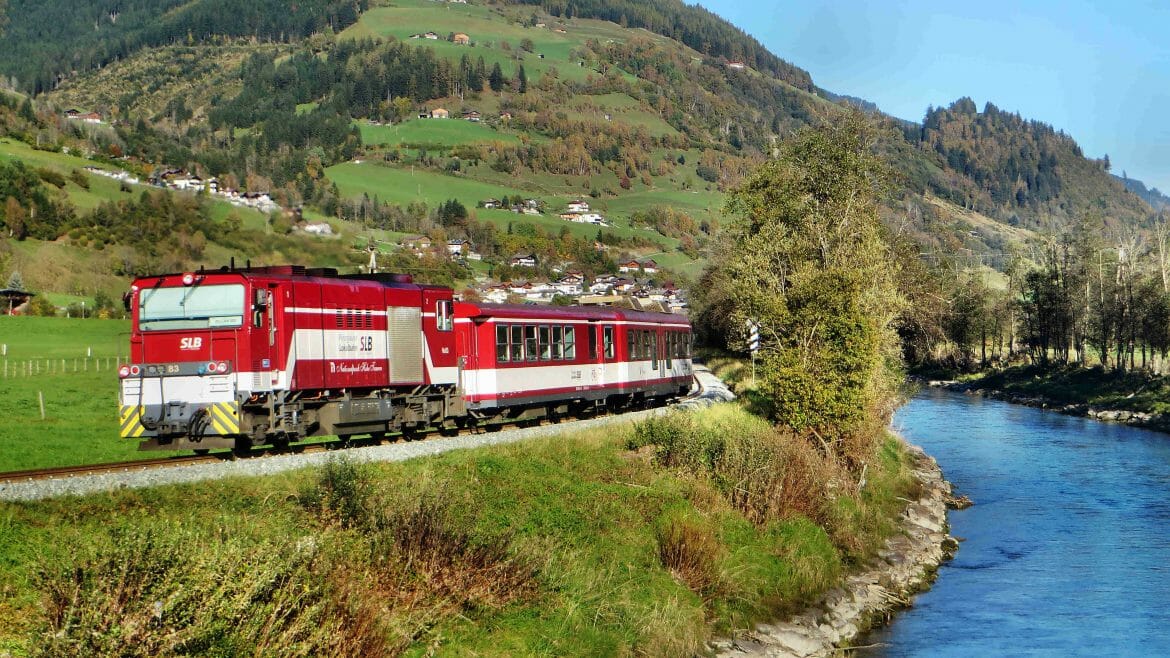 Lake Wolfgangsee is one of the most beautiful lakes in the heart of Europe. The fleet operated by WolfgangseeSchifffahrt has been ferrying passengers for over 145 years between the idyllic towns of St. Wolfgang, St. Gilgen and Strobl. Enjoy the breeze in your face, relax, and discover the countryside which surrounds this emerald-green lake. Numerous offers for big and small, including a pirate ship for the kids and delectable Fine & Dine cruises for the adults, guarantee unforgettable experiences. 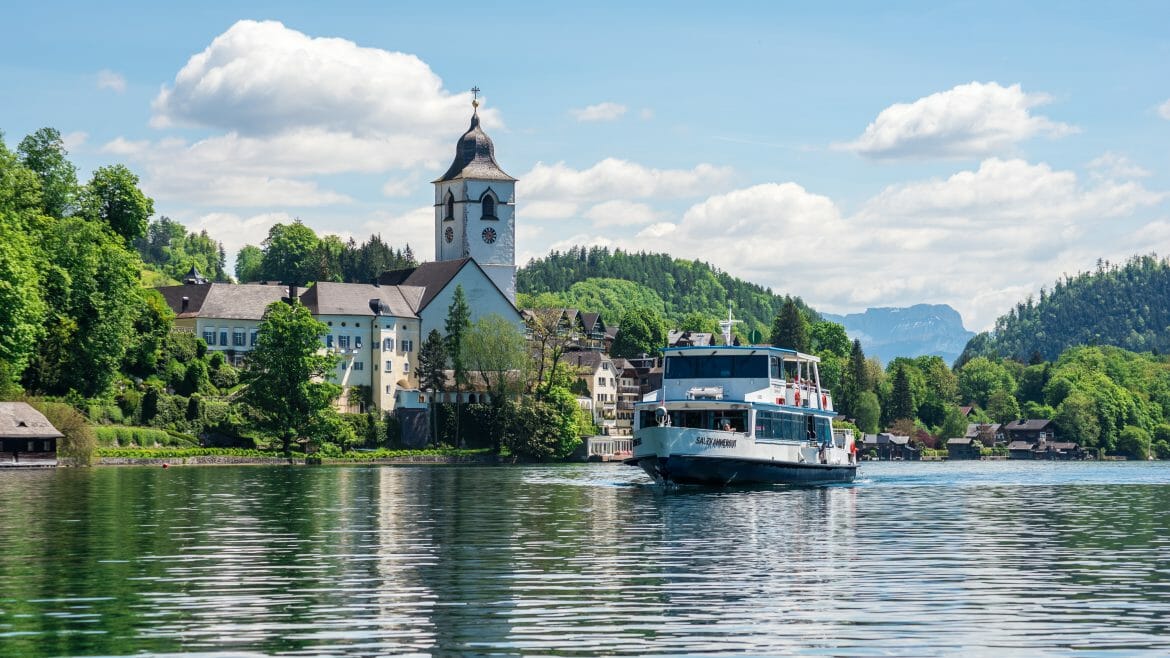 The three lakes known collectively as the Trumer Seen are located in the north of the Flachgau region, and are for many residents of Salzburg they are the perfect place of refugee from the oppressive heat of the city in the summer. Surrounded by gentle hills and linked by means of narrow waterways, the cosy wooden boats can start from the town of Mattsee and also head for Obertrum and Seeham on the other lakes. Incidentally, the manor house known as Schloss Mattsee is also perfectly suited for indulging in culinary delicacies. 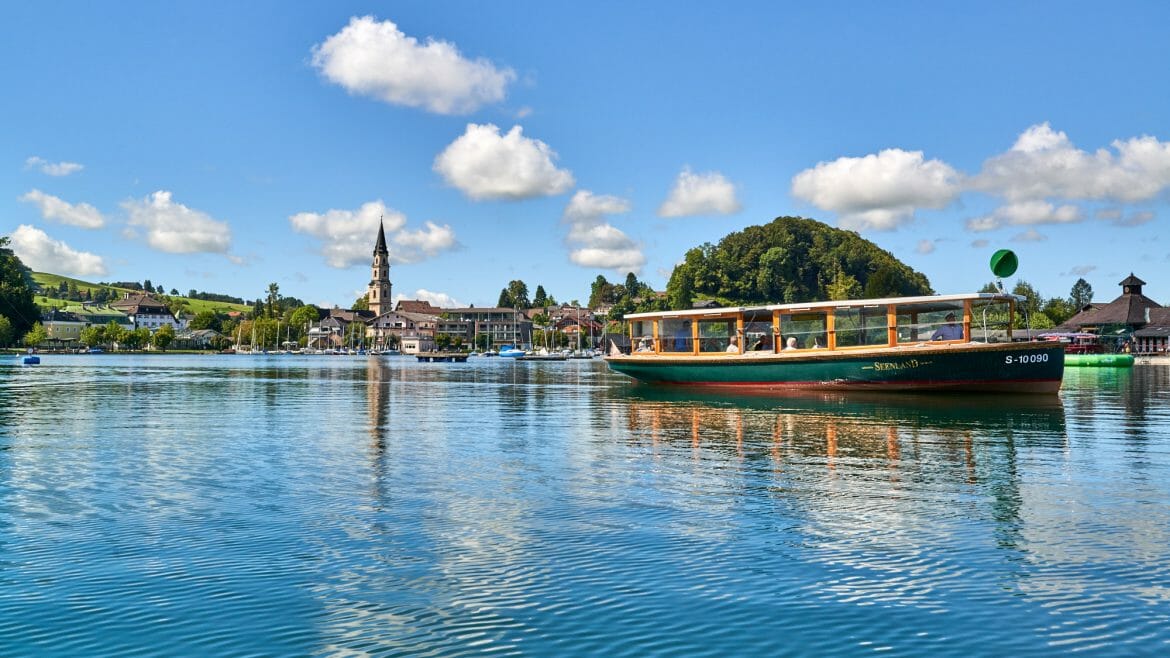 Boat trip through the City of Salzburg

The Amadeus II is gladly ridiculed by many residents of Salzburg. How did someone come upon the idea of operating a boat on the Salzach River to Hellbrunn and back? But anyone who sets forth on this short trip quickly gets the idea: you have a very different view of the city from the water and will be delighted by the green shoreline along the route. The crowning conclusion (caution: not suitable for any nervous stomach) is the Danube waltz at the end of the trip, when everyone on board the boat is carried away to indulge in a dance.