An interview between SalzburgerLand and Markus Morianz, photographer of the Life Ball Style Bible

He is one of Austria’s most successful international photographers. His work has featured in Rolling Stone Magazine and GQ, and he was a sought-after photographer for celebrities and VIPs from around the world such as Kylie Minogue, Sven Väth, Nina Hagen, Conchita Wurst and Big Daddy Kane. After spending many years in the USA, Markus Morianz returned to Vienna and has been responsible since 2004 for the photography in the Life Ball Style Bible. In this interview with SalzburgerLand, Markus Morianz discusses his connection to the Life Ball and Gery Keszler, as well as the challenges posed by the photo shoot for the “Sound of Music”-themed Style Bible in SalzburgerLand.

This year sees the 25th anniversary of the Life Ball. What does that mean to you?

Markus Morianz: 25 years means history – the Life Ball has made history in Austria. We can be proud of what has been achieved here. Proud of all of those who have, over the years, devoted their time, passion and energy to the project alongside Gery Keszler, who have made it grow and sent a clear message out into the world, far beyond Austria’s borders, and in doing so gifted strength and hope to many people.

How did the cooperation with the LIFE+ association, or rather, Gery Keszler come about?

Markus Morianz: The collaboration first started in the 90s. At that time, I was still living in the USA and was asked to create a photo exploring the theme of “touches” for the Life Ball. I wanted to depict the double standard of morality in our society… to portray the outward appearance of respectability, secrecy, mysteriousness and the power of sexuality. I came up with an idea for which the Viennese designers “Malgret tout” then designed a special dress. The top was classic business attire, which then cascaded into a transparent wide, flowing skirt covering 13 nude frolicking people: men, women, transgender people, as well as a new-born baby being breastfed. The power of life and sexuality, often concealed, shrouded, under the guise of morality. In those days of the emerging AIDS epidemic this secrecy about sex was particularly dangerous. We were next in contact years later in 2004 when I was back in Europe. I received a phone call from Gery Keszler asking me if I would be willing to act as the photographer on a Style Bible for the Life Ball. I’ve been involved in the project since then, and been photographer for the Life Ball. 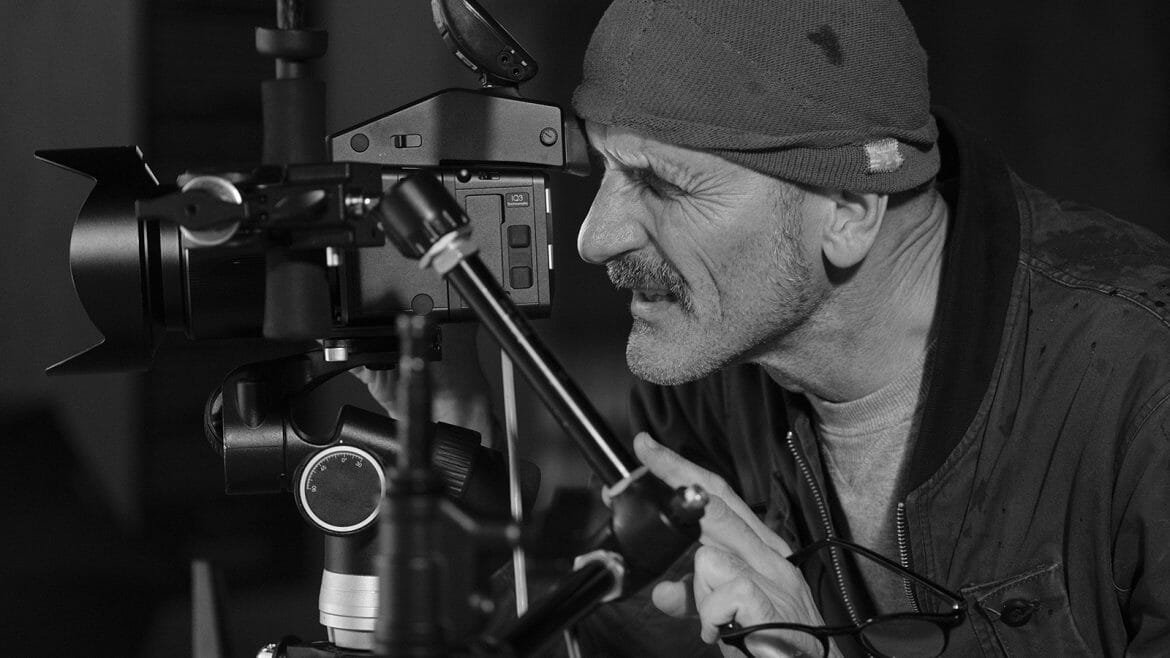 Why do the Life Ball, Style Bible and Markus Morianz go so well together?

Markus Morianz: The Life Ball is the epitome of tolerance, acceptance and joie de vivre and supports people who are often socially marginalised and needy. I’m a keen supporter of these issues, and willingly dedicate my creative abilities towards them.

Putting together the Style Bible at the original “Sound of Music” locations was a challenge. What was the biggest challenge posed by the photo shoots to you?

Markus Morianz: The biggest challenge had to be the time restraints. It was a very extensive and elaborate production, with a lot of performers and just as many background helpers and employees. It was modelled on the large-scale Hollywood production of “The Sound of Music” but without such a budget. That meant that time was short… 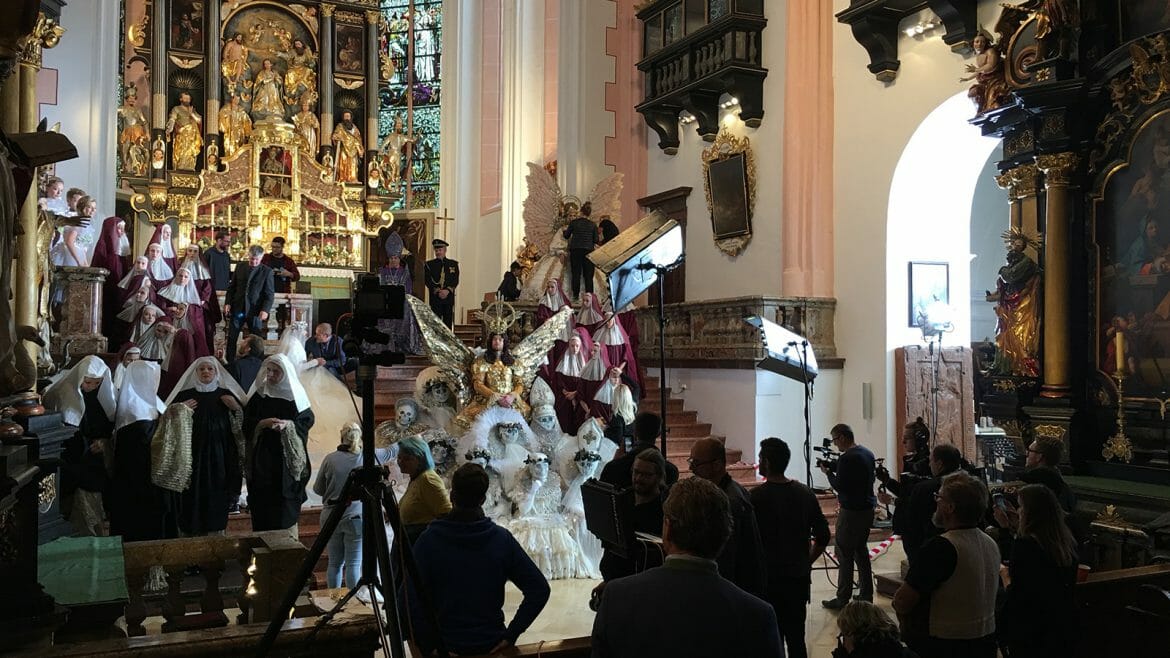 How did you manage to bring out the contrast between the way the original film was presented and the style of the new Life Ball in the photographs?

Markus Morianz: The original filming locations and the way the film was presented were practical guidelines, a framework to work within so to speak. The individual scenes were then more or less freely interpreted but mostly in the way of a tribute to the “Sound of Music”.

Were there any surprising or unusual situations that cropped up during the photo shoot for the Style Bible?

Markus Morianz: It was all very tense right until the end. Would we be able to get all the permits? Would everybody be able to be there when they were needed? Will the weather hold? The authorities in Salzburg, Mondsee and St. Wolfgang were exceptionally helpful. It was also fascinating to see how little sleep people can survive on when they are working on a project that everybody wants to succeed.

Have you discovered your personal favourite place in SalzburgerLand whilst working on the photo shoot?

Markus Morianz: I actually have a few favourite spots in SalzburgerLand. But I rediscovered the Schafberg Mountain again. And in the city of Salzburg my new highlight is the Marionette Theater. 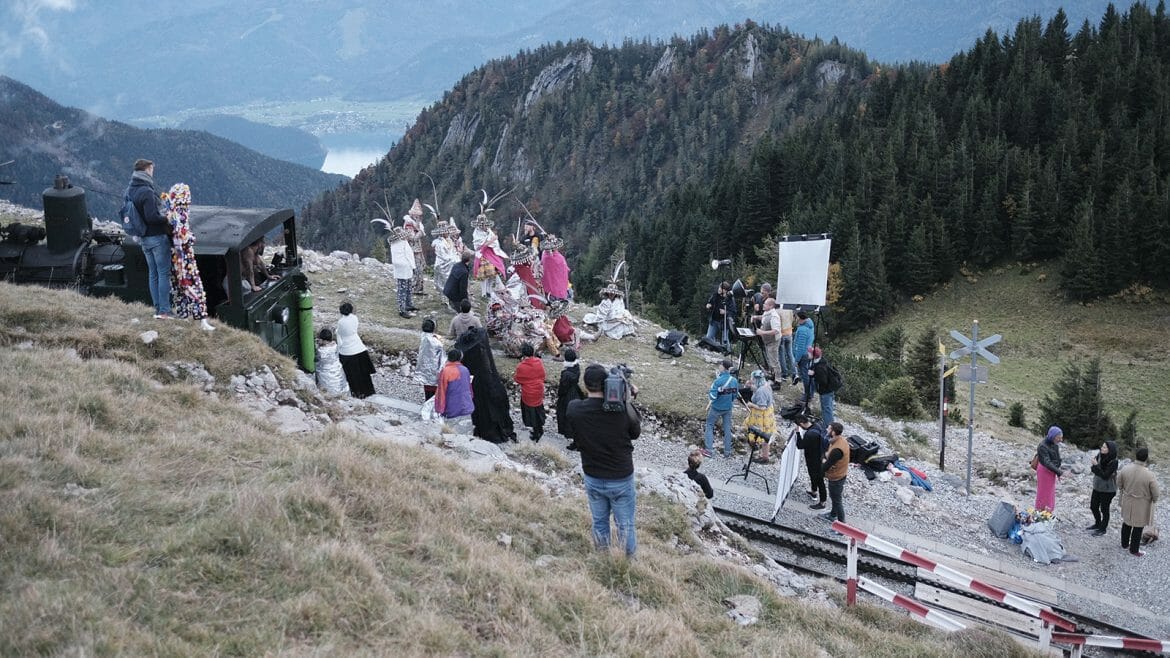 Do you have a personal connection to the “Sound of Music” and when did you first see the film?

Markus Morianz: I first saw the film of the “Sound of Music” at the beginning of the 90s. At that time I was living in Los Angeles. Every other American I came out to as Austrian brought up the film in response… “Oh yes, Austria, the ‘Sound of Music’, right?” And then came Mozart, Schwarzenegger…It makes you realise the importance of the “Sound of Music”, and that it’s become a cult classic.