From the acre to the crispbread

For the people of SalzburgerLand’s Lungau region, farming has always played a crucial role in feeding the predominantly rural population. The cli-matic conditions have led to the creation of a special type of grain — the “Lungauer Tauernroggen” (Lungau Tauern Rye). The “Lungauer Arche” group has been growing the crop again for the sake of preserving it for the future. The farmers either mill it into fine flour themselves or Martin Gruber from the Ottingmühle mill in Tamsweg handles the refinement. One of the regional delicacies made from the Tauernroggen flour is their crispbread. The blogging organic farmer and hobby baker Christina Bauer even has her own baking mixes available for purchase. Quite a delicious souvenir.

Rosalie and Eduard Hötzer are dedicated organic farmers — at the Trimmingerhof farm in Sauerfeld near Tamsweg, they have an old display mill, a farm shop for their own products such as cheese, bread and felt goods, a rampant garden, pigs, lambs, ducks, geese as well as potato and grain acres. The world still seems at peace here in Sauerfeld and Rosalie Hötzer says with a smile: “I only go to the supermarket to buy toilet paper. Other than that, we support ourselves.” When you visit the farm, it’s difficult not to give in to astonishment — the bread is baked from grains grown directly behind the house. And the Schnapps liquors made from the rye are ordered by naturopaths to be used in their remedies.

“Grains have always been important for the residents of Lungau, just like herbs and beans. The potatoes arrived very late and vegetables were only grown here beginning in the 20th century”, reveals Rosalie Hötzer, who is originally from Pinzgau and wrote the book “Pflanzenreich” (Plant Kingdom). The cultivation of grain here benefits from Lungau’s location within a basin as well as from the average altitude of 1,000 metres above sea level. The weather is quite Italian, with very little precipitation. To this day, each village has two to three farmers with an acre of grain.” The fact that not only delicious things grow in SalzburgerLand’s region of Lungau is demonstrated by a trial acre at the Trimmingerhof farm — this is where so-called “weeds” are newly cultivated, among them cornflowers, fumitory, downy hemp-nettle or pansy. Everything that is normally combatted with pesticides can freely multiply here and thus contribute to biodiversity. The title UNESCO Biosphere Park is similar to the Michelin Star in gastronomy — it promises and guarantees a first-class nature and relaxation experience.

Four organic farmers have come together in SalzburgerLand’s Lungau region to found the “Lungauer Arche” association — they grow the Lungauer Tauernroggen rye variety, an ancient grain that was erased from the cultivation books in the 1970s. It had to make way for more lucrative breeds, but it is especially these old varieties that are so valuable and filled with precious nutrients. Next to the Hötzer family, the Naynar family (known for Austria’s best goat cheese), the Prodinger family from the wonderful Suppangut farm and the Löcker family from the Sauschneider organic farm are amongst the group.

The Lungauer Trauernroggen variety was awarded the “Slow Food Presidio” and at the Sauschneiderhof farm, savoury natural sourdough bread is made from it inside a stone oven as per an ancient recipe. During guided tours, the farmers demonstrate the basics of sustainable agriculture all the way to the creation of final food product and present their grain acres to elaborate on the role of the ground as the foundation for growth. 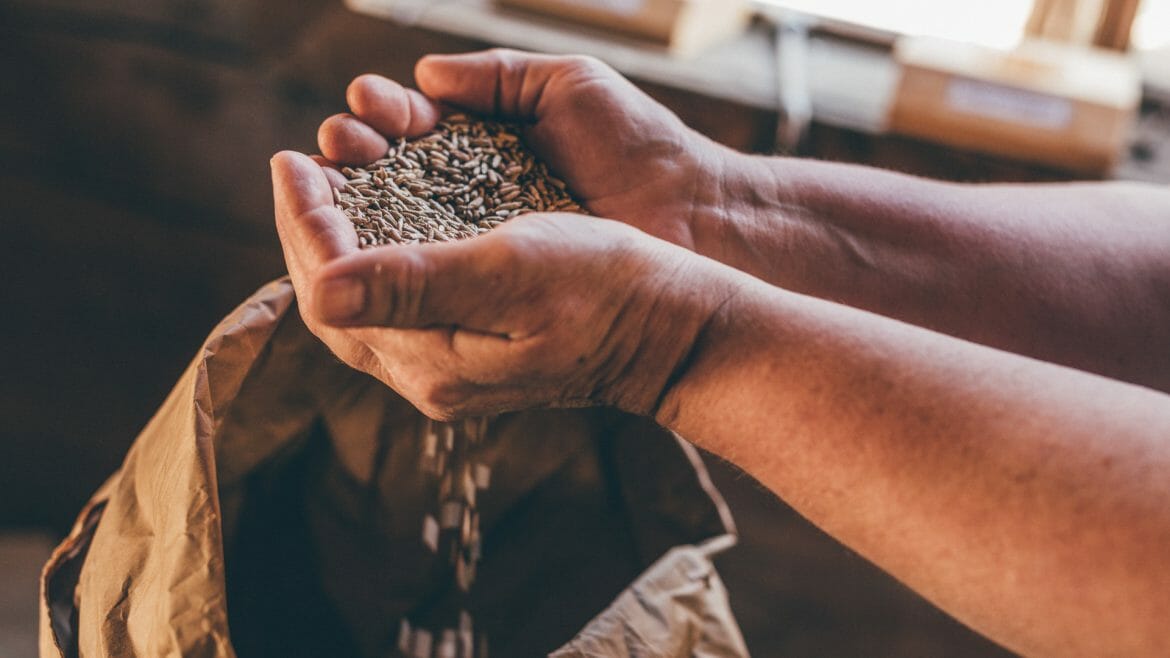 Baking like a Lungau local — made easy with baking mixes

Organic farmer Christina Bauer from the Bramlhof farm is someone who’s spread the word about Lungau far beyond its borders. How she pulled that off? With baking gloves, delicious bread recipes and a passion for social networks. The 30-year-old mother of two distributes her recipes and baking tips via her blog “Backen mit Christina” (Baking with Christina) and runs baking classes in her newly furnished kitchen in Tamsweg. She tries to keep things simple and gained popularity quickly. She also places emphasis on local produce — ingredients such as flour, grist or bran are exclusively sourced from the closely located Ottingmühle mill in Tamsweg. “My courses are a great opportunity to make participants more aware of our regional products and to show them where they can buy them as well. Unfortunately, not many people know how much foodstuff is made directly in front of our doorsteps and sold there as well,” Christina Bauer says. “They think that the mills only sell bulk packs of flour and that a drive there doesn’t pay off. But in my bread baking courses, I can convince participants of the contrary — flour can be bought at the Ottingmühle mill in small packs as well.” 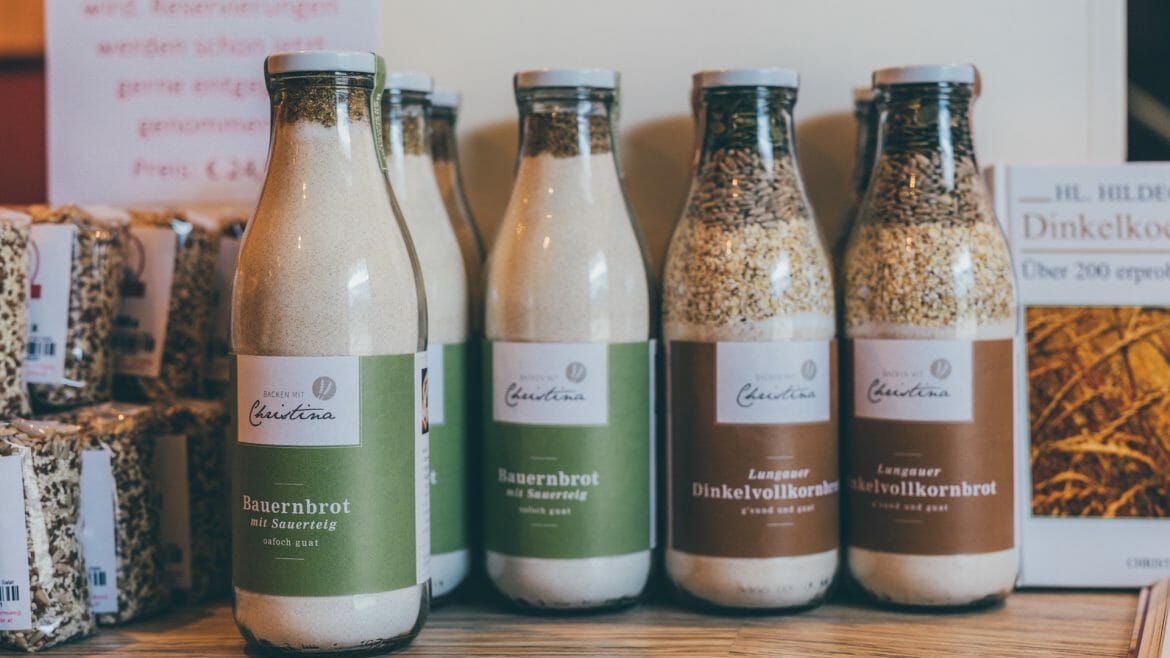 The finest from the mill — local and seasonal

Those who have looked into quality flour and what separates the wheat from the chaff know that not all flours are created equal. Flour from a traditional mill is quite different from industrially produced flour. The conditions for an excellent baking result are already set in the mill — which is why the Ottingmühle mill counts on the “Hochmüllerei” process which was originally developed in Austria-Hungary in the 19th century. This particularly careful milling process includes up to thirty milling cycles and guarantees excellent flour quality.

The idyllically located Ottingmühle mill near Tamsweg has been around since 1248 and used to be accessed and used by the surrounding farmers to mill their flour. Since 1918, it has been owned by the Gruber family — today the mill processes the Lungauer Tauernroggen variety as well as the Lufener Landweizen wheat, which is another old and local type that was rediscovered twenty years ago. Master miller Martin Gruber learned his trade from scratch. 17 years ago, he took over the mill from his father and has been running it expertly ever since — the hydroelectric plant, for example, was rebuilt a few years ago, thanks to which the mill can now produce flour in an energy self-sufficient manner. The mill shop has on-site produced flours and products, among them also the Lungauer Tauernroggen in organic quality as well as Christina Bauer’s baking mixes. These are ideal for those who don’t want to lose time in the kitchen but don’t want to miss out on quality either. The “Lungauer Dinkelvollkornbrot” (whole grain spelt bread), “Lungauer Bauernbrot” (Lungau farmer’s bread) or “Knäckebrot” (crispbread) mixes are particularly recommended.

Tips on good books, what to shop and where to go on holidays