The Longa as a Lungau favourite

Longa or Lonka? Although not even the locals of SalzburgerLand’s Lungau region can agree on a standardised spelling or pronunciation, there is no controversy regarding their opinions on the opal-blue, shimmering river in the Weisspriachtal valley. It is among the most beautiful sites that the region has to offer. With the Wirpitschsee lake, the waterfalls as well as its meanders, it was voted the most beautiful location in SalzburgerLand and the third most beautiful spot in Austria as part of a big media campaign from 2015. And when the Lungau locals start describing their favourite spots by the Longa’s shore, you can see the sparkle in their eyes.

Hiking, swimming, fly fishing, yoga — all this is possible at the Longa river. With its characteristic opal-blue and turquoise shimmering colours, it is a true natural jewel and thus one of the many reasons why Lungau became a UNESCO Biosphere Park in 2012. To the question “Still or sparkling?”, the Longa river would probably answer by saying “Both, ideally a constant back and forth.” Because this is exactly how the approximately 20-kilometre-long river acts from its origin to its estuary into the Taurach river.

Still origin at more than 1,700 metres above sea level and a sparkling progression

The Longa river originates not far from the Wirpitschsee lake, located at 1,699 metres above sea level, whose surface gently ripples in the wind. The turquoise blue water, which is due to limestone, actually reminds of Caribbean sceneries. But the river is much colder — just like the other 60 mountain lakes in SalzburgerLand’s Lungau region, the Wirpitschsee lake never reaches temperatures of more than 12 degrees Celsius. Absolute tranquillity dominates up here — not even mobile phones have reception. Near the shore of the lake, there is a mountain pasture hut that can be rented by visitors for days or weeks, as well as the Tonimörtlhütte hut, well-known for its home-made Kaiserschmarrn treat. The Wirpitschsee lake is an excellent starting point for hikes to the four other mountain lakes — it takes around 20 minutes to the Tiefenbachsee lake, 45 minutes to the lower and an hour to the upper Schönalmsee lake. The Twenger Almsee lake is an hour and a half away, from which you can then climb down to the destination of Obertauern.

A special recommendation for hikers is the 2-day-long “5-Seen-Tour” (5 Lake Tour) in the Niedere Tauern mountains which can be booked via the “Ferienregion Salzburger Lungau” tourist association at a flat rate.

The way across the 1,866-metre-high Oberhüttensattel trail from Pongau to the Weisspriachtal valley is one of the oldest passages through the Tauern mountains and was the preferred route for southward long-distance trade during Roman times. Today, this Tauern passage is a transalpine mountain bike route. 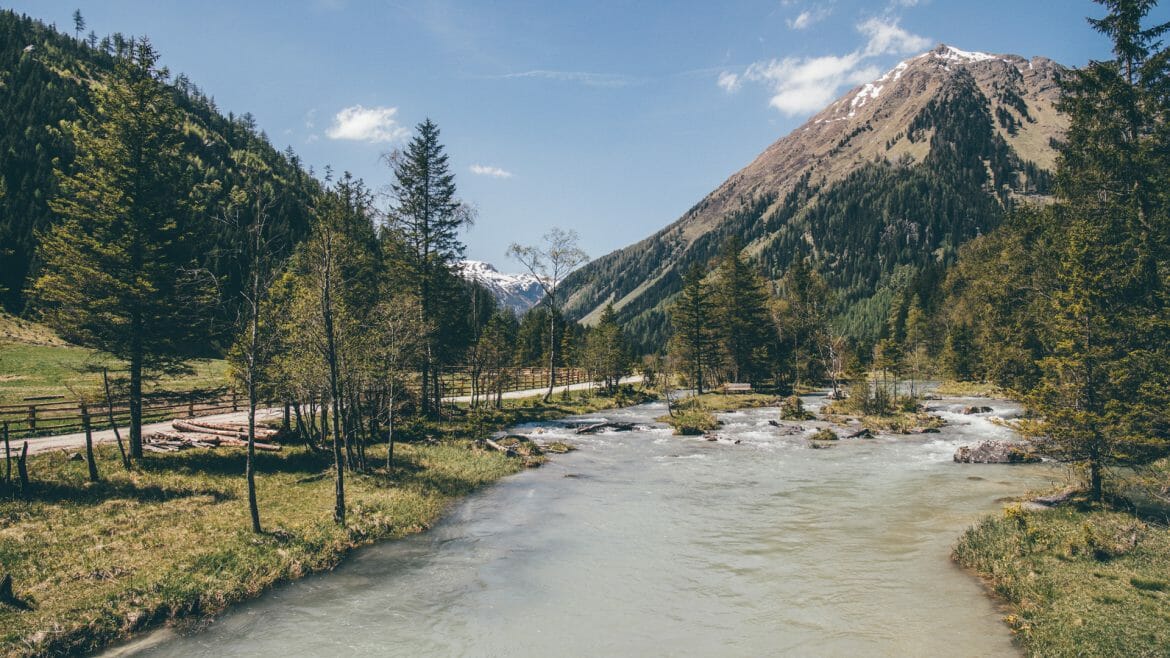 Those who choose the climb down the mountain and thus follow the course of the Longa river will quickly see it turn into a gushing mountain torrent. After some time it really shifts gears and begins to rage and splash its way into the valley.

There are big and small waterfalls as the river runs by the unmanned Ulnhütte hut (the last stop of the valley bus) and the beautifully located Granglerhütte hut.  You should definitely take a break here — because the Blutwurstgröstl dish, made from home-made blood sausage, roasted onions and Lungau potatoes, as well as the farmer’s pot with bacon, are renowned delicacies.

A particularly beautiful spot is the Uln waterfall at whose shore you will find plenty of large boulders to rest on. The water that crashes down onto the stones after falling enriches the air with negatively charged ions. This cleanses the lungs and has been proven to have relaxing effects on body, mind and soul. 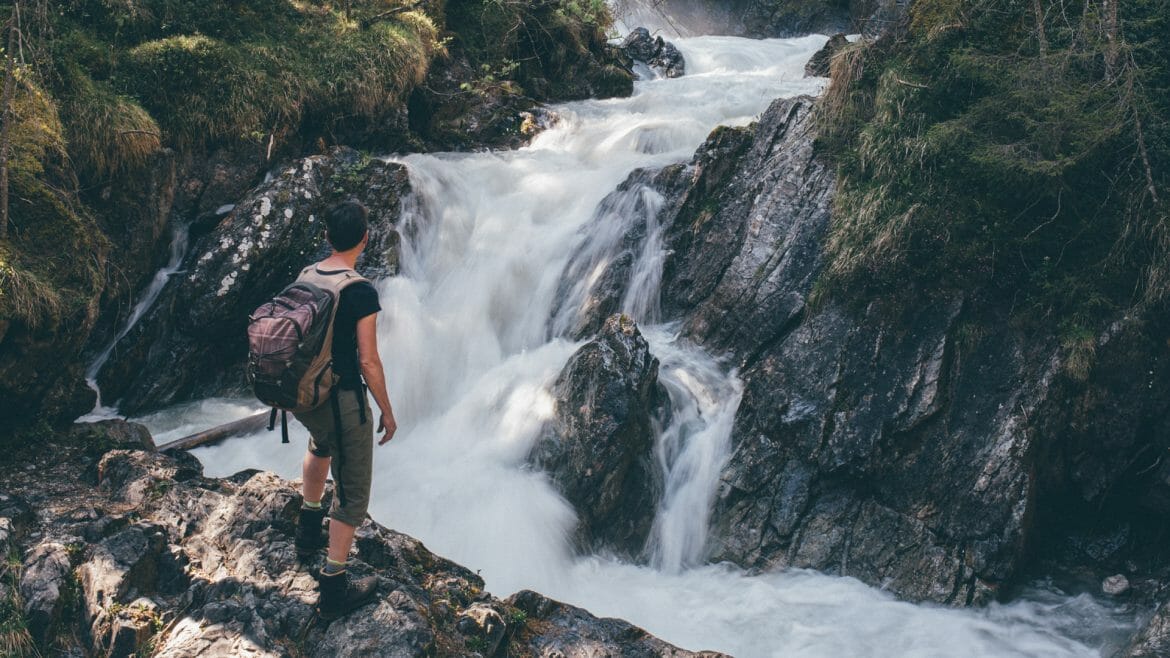 A tale of spooky ghosts and a loyal four-legged friend

During its course out of the valley, the Longa river now coils somewhat gentler through the Lahntörl area before dropping down steeply to the Diktlerhütte hut once again. From Lahntörl, there are a number of great views of the surrounding summits, such as the striking Teufelskirche and Hundsstein summits. The shore of the “Longa Lahntörl” conservation area is lined with larches and there’s nothing to remind one of the scary myth of the Friml ghost who was once encountered by the servant of the Friml farmer on Christmas Eve. How exactly the ghost terrorised the poor servant and how “Vieräugl” the dog managed to prevent even worse things from happening, is something you should best read up on by yourself.

Lungau got its name from the Longa river

The Longa, on the other hand, continues its way in a carefree manner. Gushing and splashing — by now it has united with the Znachbach stream — it runs through the back of the Weisspriachtal valley, which many Lungau locals consider the most beautiful of all valleys here. Biosphere Park expert Bettina van der Vaar is quick to agree, “The Weißpriachtal valley is somehow different from the other Lungau valleys. The valley’s lifeline is undoubtedly the undeveloped Longa river with its crystal-clear water and untouched nature. The river makes its way through countless loops. It was the Celts who gave the uniquely coiled river the name ‘Lonkina’, which approximately means ‘the coiled one’. The Lonkina became the Longa or Lonka and supposedly helped name the Lungau region as well.” 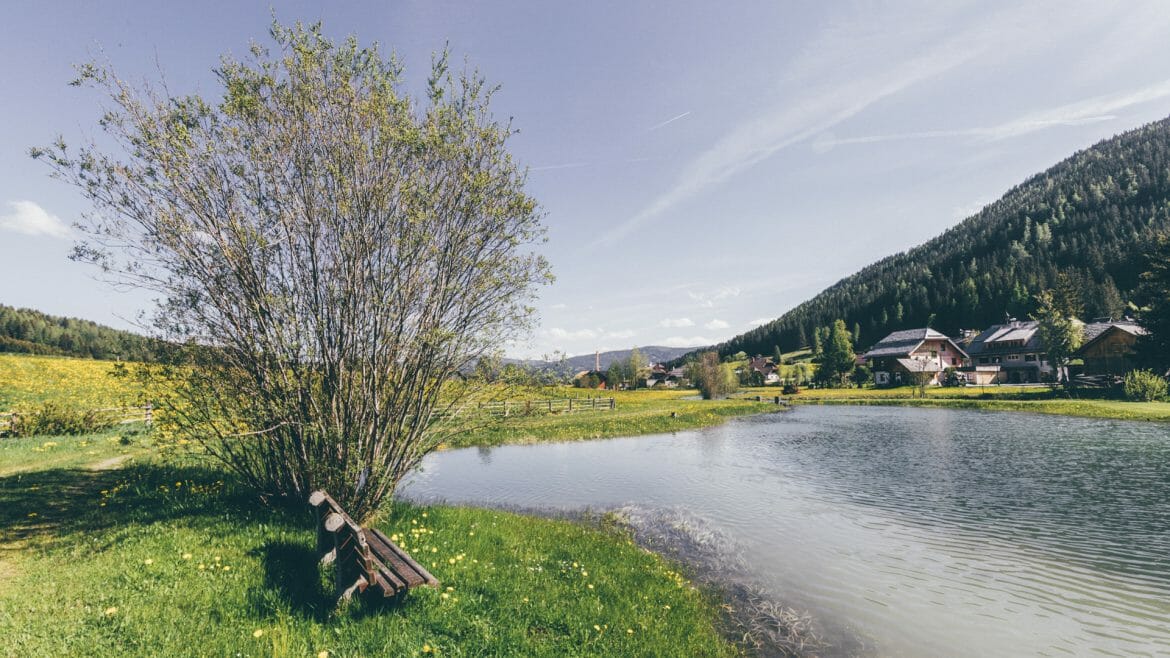 On its way to the estuary into the Taurach river near Mariapfarr, the Longa river passes by the valley municipality of Weisspriach with its 310 inhabitants. The community is among the three SalzburgerLand areas with the highest birth-rates — last year alone, nine births were recorded in Weisspriach.

Additional highlights of the area include the early Roman St. Ruperth church with its Byzantine frescos and the much newer natural playground with a swimming area by the Longa. From here on, the Longa flows more gently again: It has overcome the biggest altitude differences, marking the beginning of the gorgeous “Longa Meanders”. The crystal-clear mountain water, the various flow velocities and the stream conditions of the Longa make up the ideal habitat for brown and rainbow trout, char and grayling. Passionate fly fishers can purchase day passes from June to October.

And Bettina van der Vaart can list one more unique feature. “In SalzburgerLand, the violet copper butterfly can only be found in Lungau. Its biggest population is in the nature reserve of the Longau Meanders.” The butterfly species is considered “endangered” in both Austria as well as in Germany.

Here, at the shores of the Longa Meanders, the 3-star hotel “Häuserl im Wald” also likes to provide yoga lessons for its guests. A wonderful place to find inner peace and recharge your batteries. Because, after all, “still or sparkling” basically means nothing other than “yin and yang.”