Professional football players do not fall from the sky. Playing in the top league means training, training and more training. It is at least just as important that the individual professional football players act as a team. And this particularly works best far away from home. This is reason enough for top clubs to hold their training camps abroad.

That is why SalzburgerLand is especially popular. Renowned clubs such as Bayer 04 Leverkusen or FC Schalke 04 have permanently scheduled a training stay in SalzburgerLand in their annual calendar.

There are several reasons why the Austrian province is particularly popular:

Bayer 04 Leverkusen
During the summer months, the successful German Bundesliga team and Champions League participant regularly trains in the Zell am See-Kaprun holiday region. At Hotel Tauern Spa the team finds the best prerequisites for being able to prepare as best as possible for the new season. 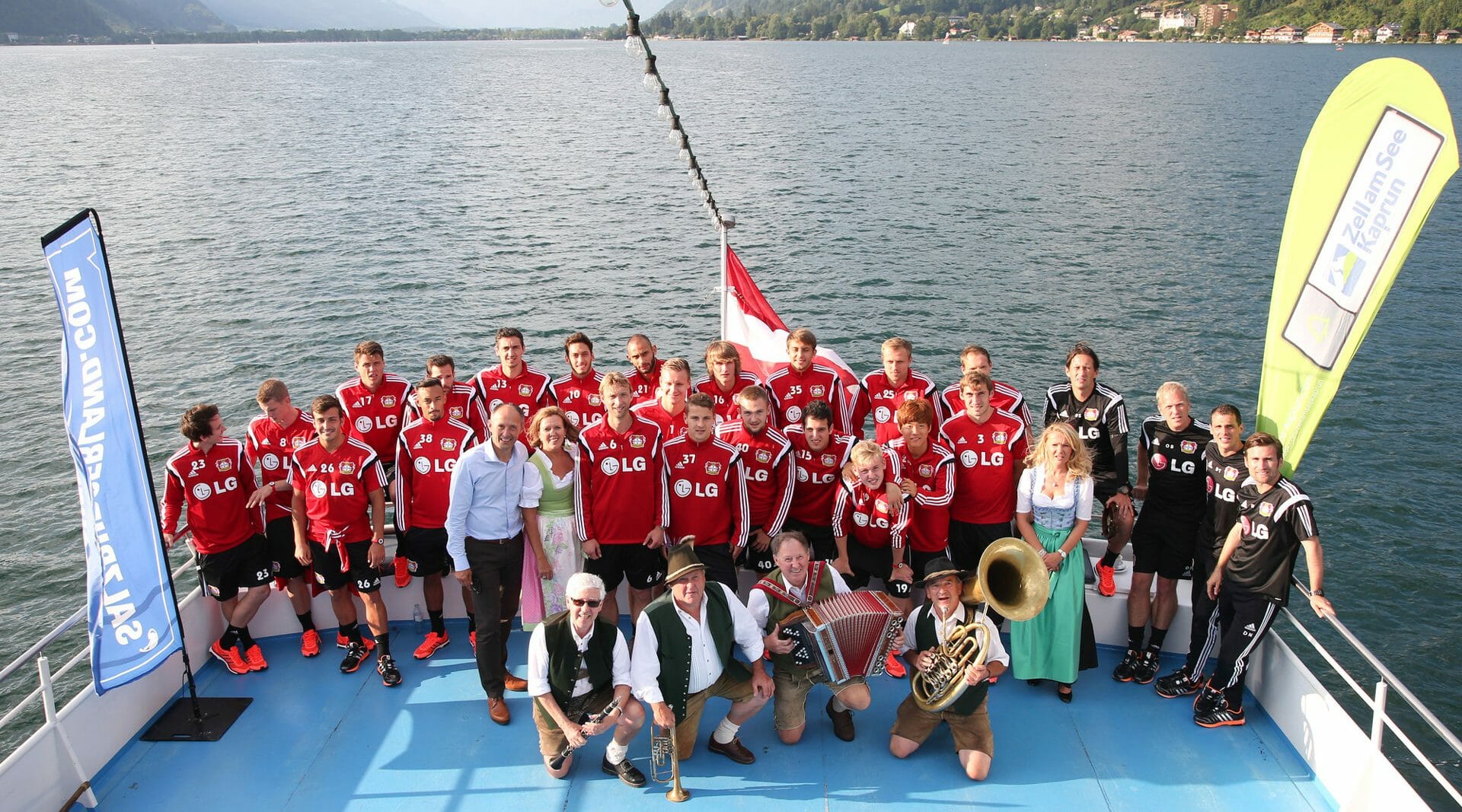 FC Schalke 04
Only a few kilometres away, the “Königsblauen” (Royal Blues) set up their summer training camp in Mittersill, in the Hohe Tauern National Park holiday region.

This creates perfect synergies for SalzburgerLand, and as a result the regions also make a name for themselves as a holiday destination. Fan clubs frequently travel along with the teams. Local guests – at least football enthusiasts – also get something out of these training camps. It is rare that anyone can meet the players in such an informal atmosphere. In addition, fans can also enjoy one or the other test match during their stay in SalzburgerLand.

The “Bulls Camps” sponsored by Austrian champions FC Red Bull Salzburg also prove that much is done for young football talents in SalzburgerLand itself. Young football fans between 6 and 14 years of age can train like a pro under expert guidance at various locations such as Altenmarkt, Leogang, Tamsweg, Fuschl and the provincial capital, Salzburg.