Climbing in the Kitzloch Gorge with Angie, Julia … and Pippa

They were brave, as before their girls holiday in the Hohe Tauern National Park neither Angie nor Julia had ever tried what it feels like to hang in a harness on the Via Ferrata rocks. And yet neither was intimidated as the climbing guides did not take a 'no to climbing' for an answer. So: Up onto the rocks!

“I used to climb a lot, but I’ve never tried any via ferrata,” Julia told on the way to the Kitzloch Gorge. Angie has never had a climbing harness around her hips. Nevertheless, their two faces showed no fear as two climbing guides were waiting in the parking lot to the Kitzloch Gorge. They were received by none less than the architect of the climbing course himself, who then led the two bloggers through the course. What an honour! 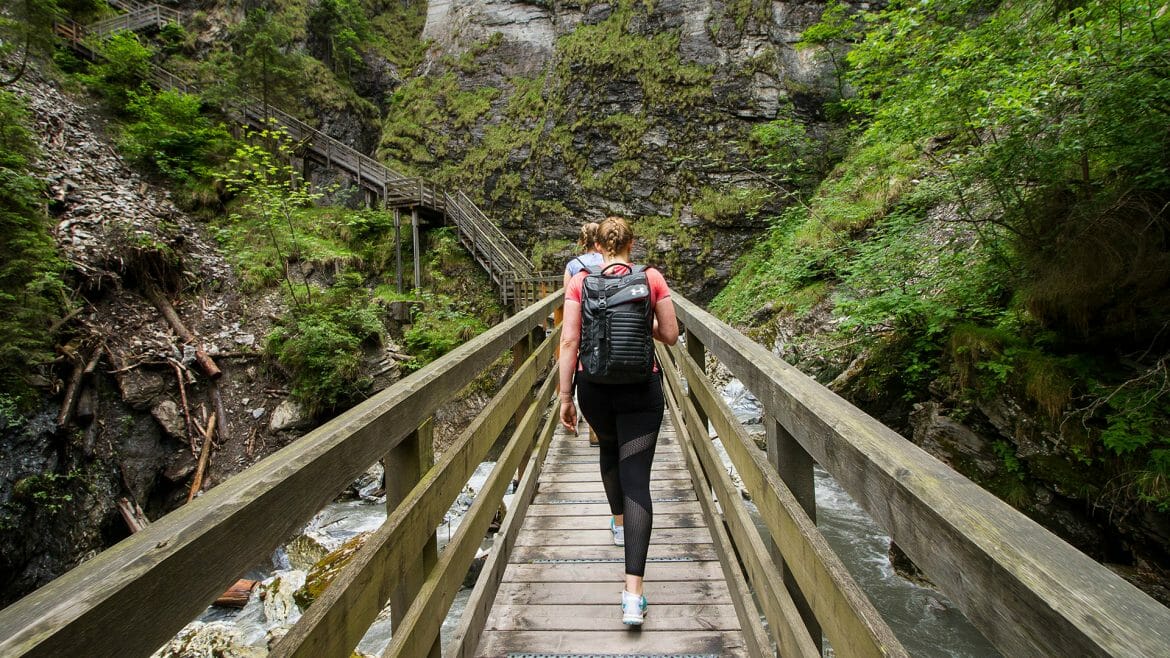 Before the climbing helmets were secured, the two girls enjoyed a brief walk through the Klitzloch Gorge. They walked over a few hundred steps upwards and along a waterfall which cools pleasantly. About 20 minutes later, they reached the starting point from which one does not need to tackle the entire climbing route, but which reaches up to the “Liebeseck”.

The first attempts were very respectable. After the brief tour, Julia got a taste for it and together with the climbing guide started again from scratch. Half an hour later and with pink cheeks, it was clear that climbing is from now on also in their sports repertoire.

Angie’s and Julia’s tips for the Kitzloch Gorge 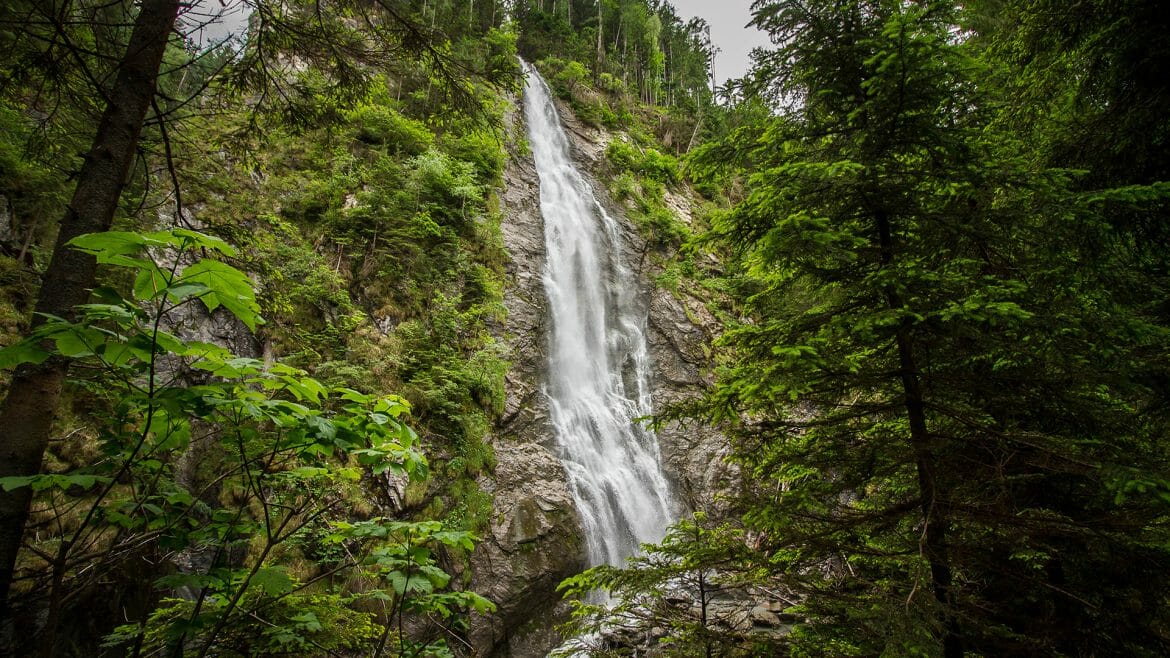 “The Kitzlochsteig in the Kitzloch Gorge is definitely not for the faint-hearted or non-sporty. We only dared to try a simpler part of the via ferrata and yet we spent twenty minutes there climbing around. The Kitzlochsteig consists exclusively of C and D sections and is really not easy (and also quite high above the river, so also not for the faint hearted). However, the climbing route, along with the whole surrounding area in the Kitzloch Gorge, gave me such pleasure that I’ll definitely come back soon.” 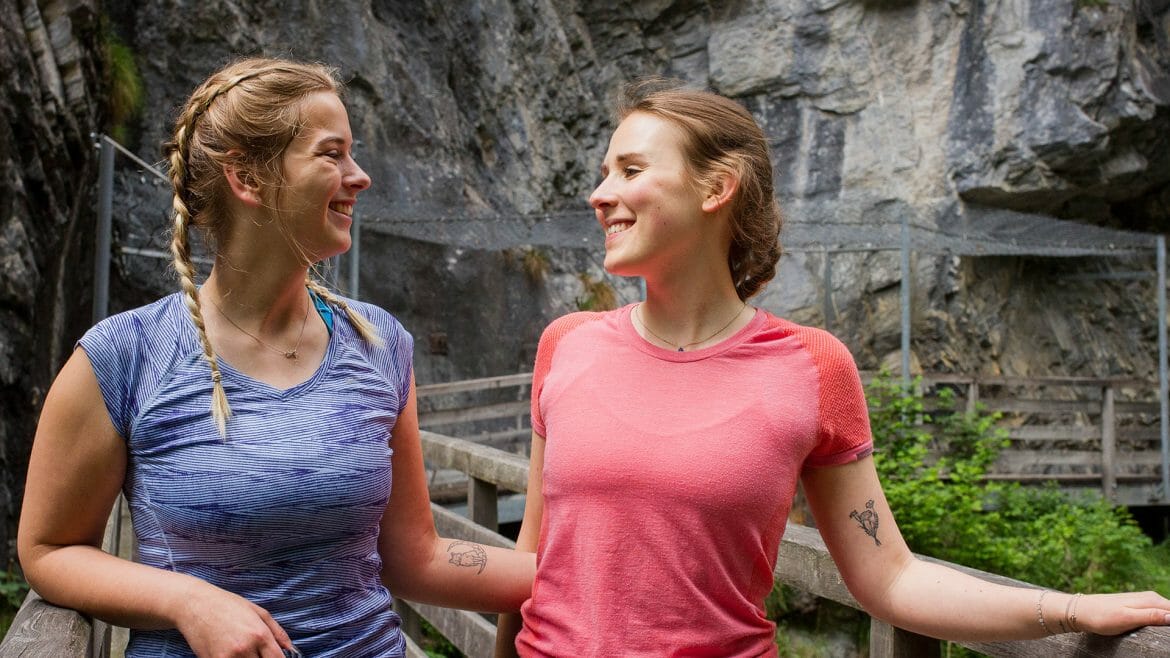 “After a short walk, Angie and I went for the first time in our lives on a via ferrata and I must honestly say that I had imagined something else with ”via ferrata“. In fact, the climbing there on the via ferrata was much more exciting, action-packed and risky than expected, which was just right for me as an adventurous person. After the first small climb with Angie, I was full of adrenaline and discovered how much fun climbing is for me. That’s why I went with one of the guides straight after directly onto a different, more difficult and higher route. The experience was incredibly cool and exciting, but also pushed me to my limits. I found out that climbing is a really great sport for me and I want to be back in the mountains again soon.” 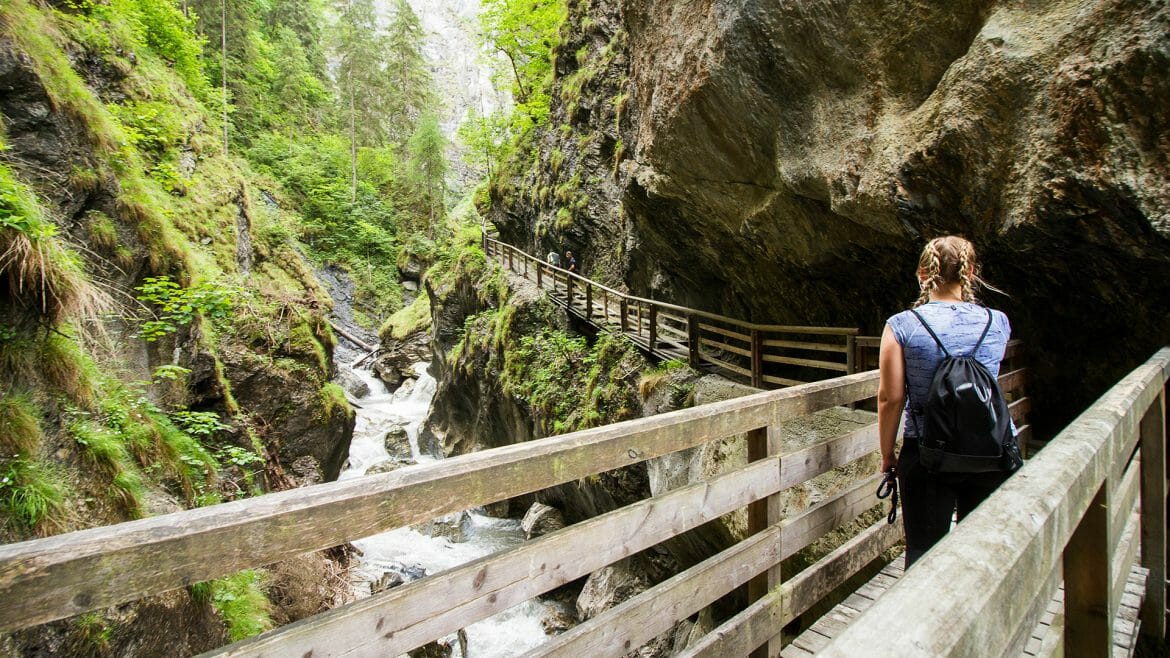