The charming community of Huttau im Pongau impresses with its charm, hospitality and the wonderful fresh mountain air. The show mine invites you on a trip into times long past.

Hüttau, formerly called “Hüttach” or “Hüttawe” and known locally as “Hitta”, acquired its name from the ore processing businesses, which were once so prevalent here. A Roman road also runs through the town, with Roman stones in front of the elementary school reminding us of those days in the distant past.

Hüttau lies in a narrow section of the valley known as the “Fritz”. Hüttau is made up of four cadastral communities: Hüttau, Sonnhalb, Bairau and Sonnberg, comprising in total some 1600 people and a land area of around  53 km2. The elevation is 709 m above sea level.

The parish church dates from 1472 – a late-Gothic structure with three naves. The west tower was added in 1492, while the picture at the high altar (of St. Leonhard) was painted in 1619 by Arsenio Mascagni.

The side altar, “St. Thomas of Canterbury”, was also created by Mascagni. The altar itself dates from the year 1619 and was manufactured by court cabinetmaker August Claner. A mineral museum, the village hall, the tourist office and the “Gasthof zur Post” are all located in the Gewerkenhaus, a house once used by owners of the copper mine built in 1594. Today, a historic copper mine on the Larzenbach, about 500 meters from the town center, grants us insights into the heyday of mining back in the Middle Ages. 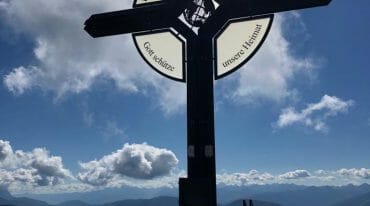 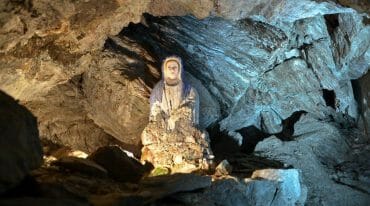 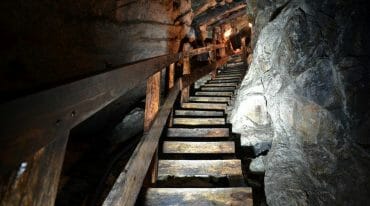