The popular holiday town of Bad Hofgastein is located where the Gastein Valley is at its widest. At the same time, this town is the historic core of the sunny Pongau valley.

The popular holiday town of Bad Hofgastein is located where the Gastein Valley is at its widest. At the same time, this town is the historic core of the sunny Pongau valley.

This holiday village is one of the National Park communities of the Hohe Tauern National Park, as is the neighbouring Bad Gastein and the idyllic village of Dorfgastein. The surrounding mountain region in the National Park with its rugged peaks and gentle Alpine pastures amazes visitors. Whether on extended hiking and mountain tours during the summer months or on seemingly limitless skiing pleasure in winter – Gastein is known as a sports paradise.

One of the special sights in Bad Hofgastein, next to the historic town centre with its pretty houses, is the Maria-Himmelfahrt Church with its Gothic West Tower. The Weitmoserschlößl dates from the year 1518 and gives today a historical ambience to the Weitmoser restaurant.

Healing thermal water in the Gastein Valley’s Alpine health region has always played a major role. The soothing water ions of the Bad Gastein waterfall, the Radon containing air in the Gastein healing cave, and also the thermal spring water promote good health. Already in the middle ages the Gastein Valley was regarded as a popular cure area. While in Bad Gastein the thermal water was conducted directly into the taverns, the hosts brought the hot water with barrels and horse-drawn carriages into Bad Hofgastein. Since 1830, the water has flowed in pipes through the spa town. 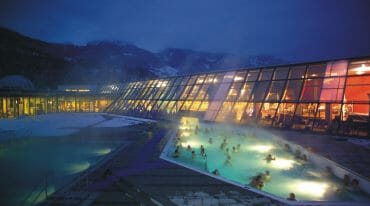 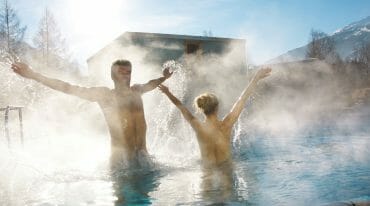 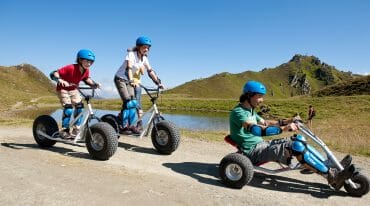 Offers Bad Hofgastein
Mountains and Spas Gastein
Recharge. Revive. Restart
from
155,00
per person
Show offer
Summer Holidays in a holiday apartment
AlpenParks resorts at the most beautiful places in SalzburgerLand
from
124,00
per apartment
Show offer
Winter Holidays in a holiday apartment
Alpine Parks in Zell am See-Kaprun, Saalbach, Hochkönig, Bad Hofgastein
from
113,00
for 4 people
Enquire Now