Spring power from the rock cave

The hike to the Birnbachloch in the Leoganger Steinberge Mountains is not only a popular family destination. Also mountain enthusiasts such as Thorsten and Marius enjoy the climb to the natural monument, the surrounding nature and the refreshing spring there.

After the action-packed days in the Saalfelden-Leogang region, Thorsten and Marius from the Best Mountain Artists enjoy an extended, but more relaxed hike. This leads them to the Birnbachloch, a rocky natural monument in the Leogang Steinberge Mountains. The Birnbachloch rises out, as the name suggests, from the Birnbach.

This rock cave has the optical impression of an approximately 20m wide “entrance hall”. A large lake is located inside the mountain, which permanently gives off water and is unfathomable. A legend tells of two boys who tried to figure out the mysterious springs. They threw stones into the depths and heard a dull call from below in response: “Try to fathom me and a sinkhole shall you explore”. Whether there really is an underground lake, remains unclear to this day. 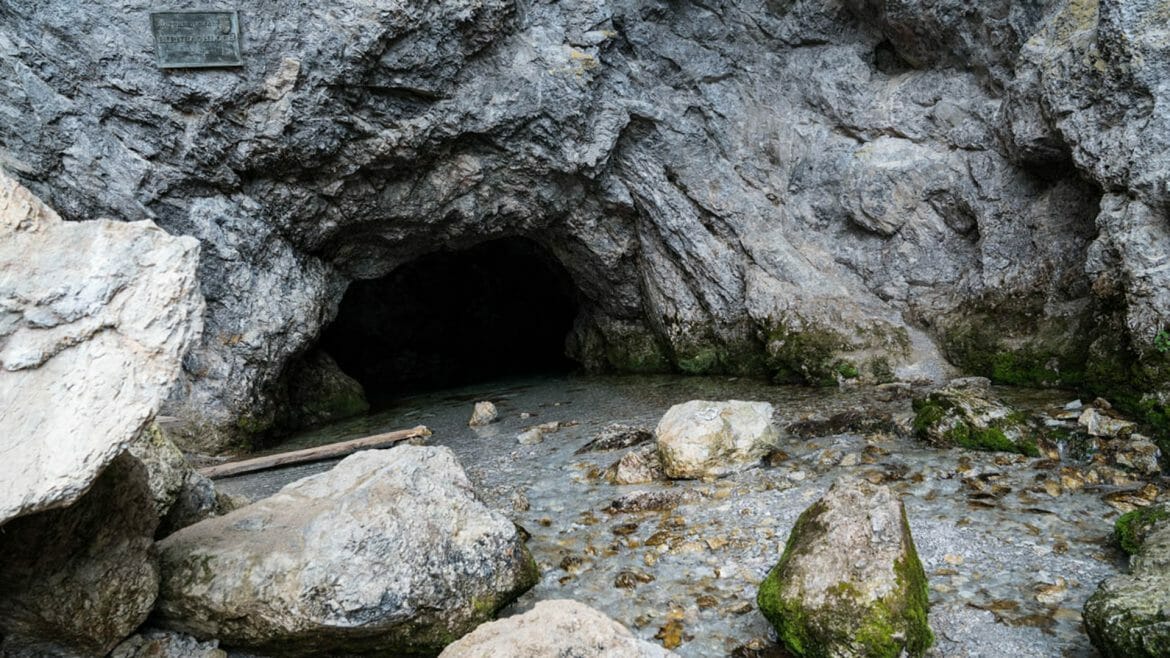 Up hill and down dale

The tour to the Birnbachloch starts in the forest and then leads through meadows and later across rocky terrain. The trail is well maintained and sometimes a little Alpine – but always well secured. After about an hour, the Best Mountain Artists reach the objective at 1,291 metres. For hikers, the clear springs at the rocky cave offer refreshment. On hot days, you can even take a few steps into the shady Birnbachloch and enjoy the view beyond. Thorsten and Marius opt for a short breather, feel the magic of the Birnbachloch and enjoy the views of the surrounding mountains.

© SalzburgerLand Tourismus, Fräulein Floras Favourite Hangouts – Thorsten and Marius on the way to the Birnbachloch

The lowest glacier in Central Europe

The bloggers are impressed by the natural spectacle which presents itself just in front of them. The high fog seeps across the Steinberge Mountains and stripes the underlying tree tops. Ahead of them lies the imposing opening of the Birnbachloch. The Birnbach Glacier, the lowest glacier in Central Europe, stretches out a few hundred metres further on. In winter, the snow repeatedly tumbles down due to the steep flanks of the Birnhorn and accumulates at the foot of the mountain wall. Snow in summer – add to this a phenomenal panorama. These go together with the Birnbachloch. 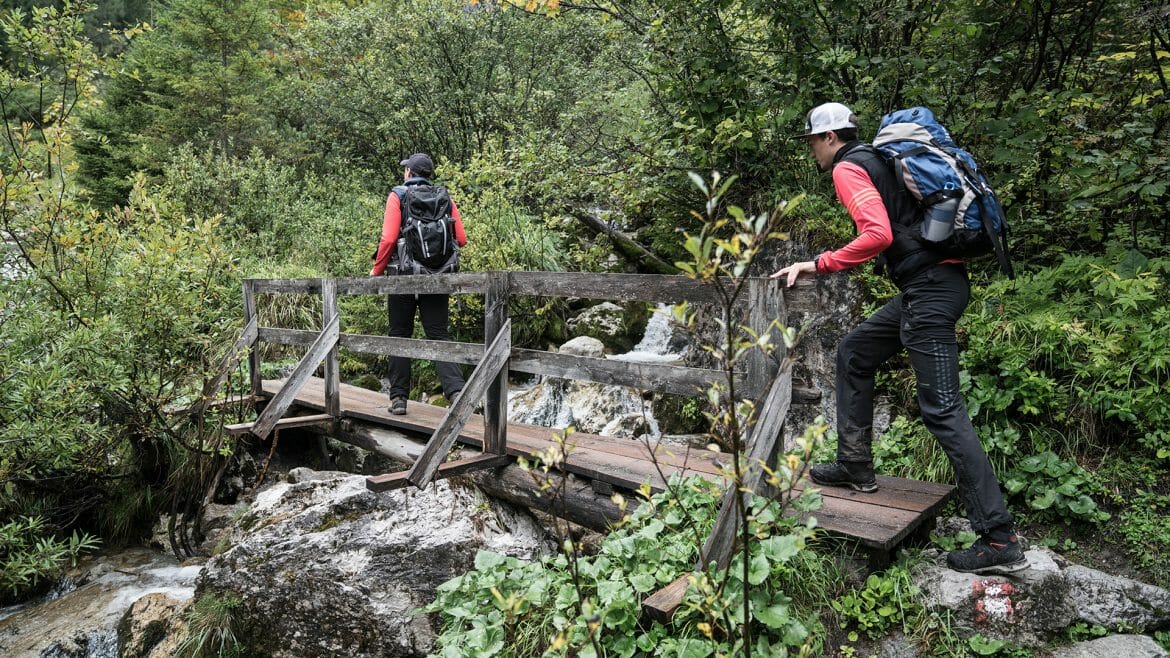 © SalzburgerLand Tourismus, Fräulein Floras Favourite Hangouts – Thorsten and Marius on the way to the Birnbachloch