Ben Green and Mike Clegg are photographers and Instagrammers from England. Both were on a voyage of discovery in Zell am See-Kaprun. Here, they discovered some great photo spots which are now very close to each photographer’s heart.

For every photo-lover a must! The Sigmund Thun Gorge is open from March to October. During this period, you have the chance to experience a real wonder of nature. Mike and Ben were led to the gorge entrance via the car park access. From there, it took approximately 45 minutes (without photo stops) to head up. At the end of the gorge is a platform which reveals stunning views of the Gorge Lake. Those who want to can circle the Gorge Lake and find a new perspective on this picturesque lake every few metres. Our Tip: Leave your watches at home! This trip lets you forget time and place. 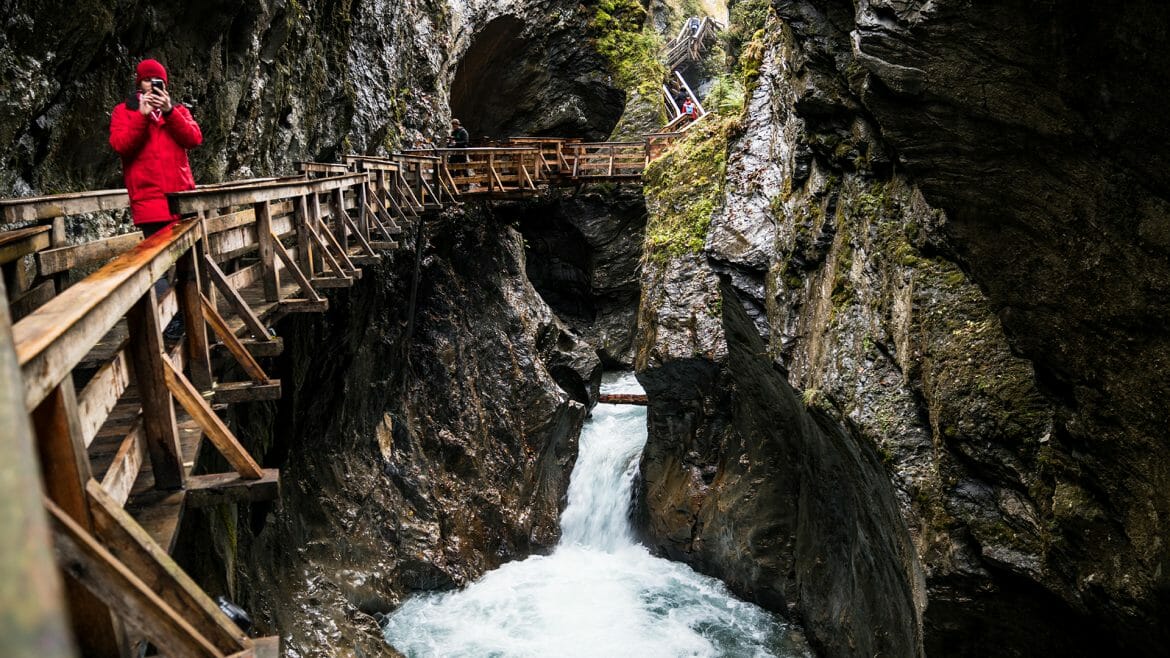 The peak of the Kitzsteinhorn Mountain is located at 3,029 metres. That’s pretty high! It takes about a good half hour to reach it with the three lifts. The Kitzsteinhorn is covered in snow between September and July, and most of the time the lifts are in operation and make it possible to go skiing in autumn and in spring. It was the first snow of the year for Mike and Ben and a wonderful experience. However, there is not only skiing on the Kitzsteinhorn. The ICE CAMP, the Summit World 300 including cinema or the Ice Arena are just a few highlights which you can experience on the Kitzsteinhorn. 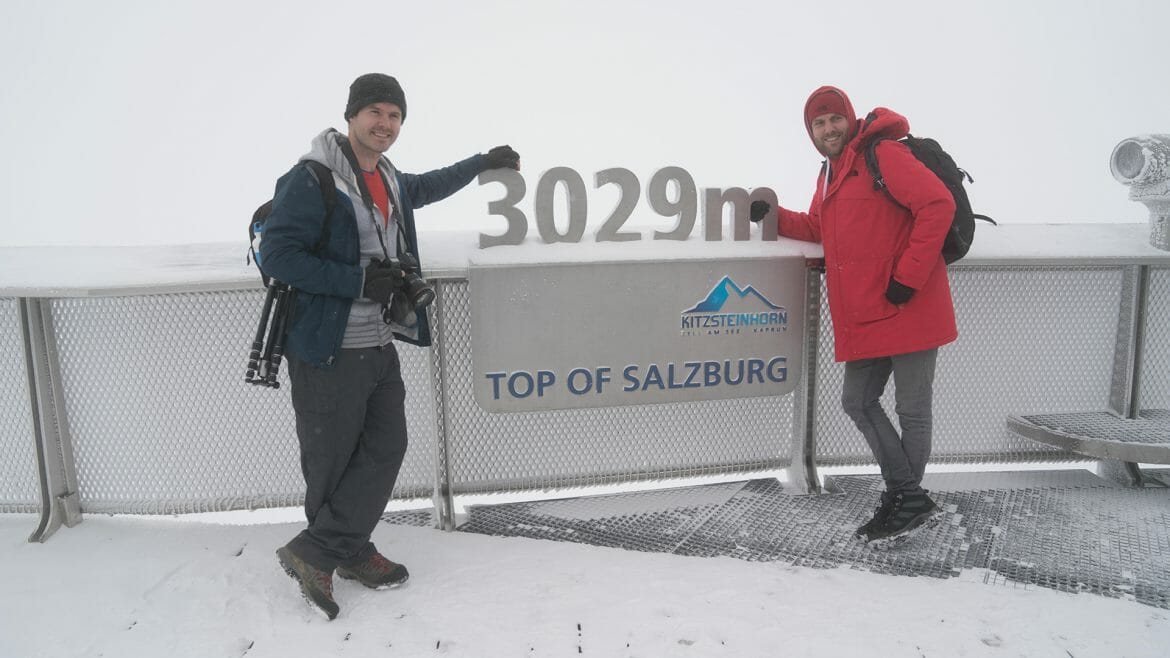 #3 A cruise on the MS Schmittenhöhe

Ben and Mike can justifiably claim to have been on a boat in October. The MS Schmittenhöhe makes a beautiful cruise around Lake Zell with its visitors. The further the boat moves away from the port, the more beautiful the view of the mountains become. Mike and Ben were lucky as they could sit on deck in the sunshine and capture some unique moments. 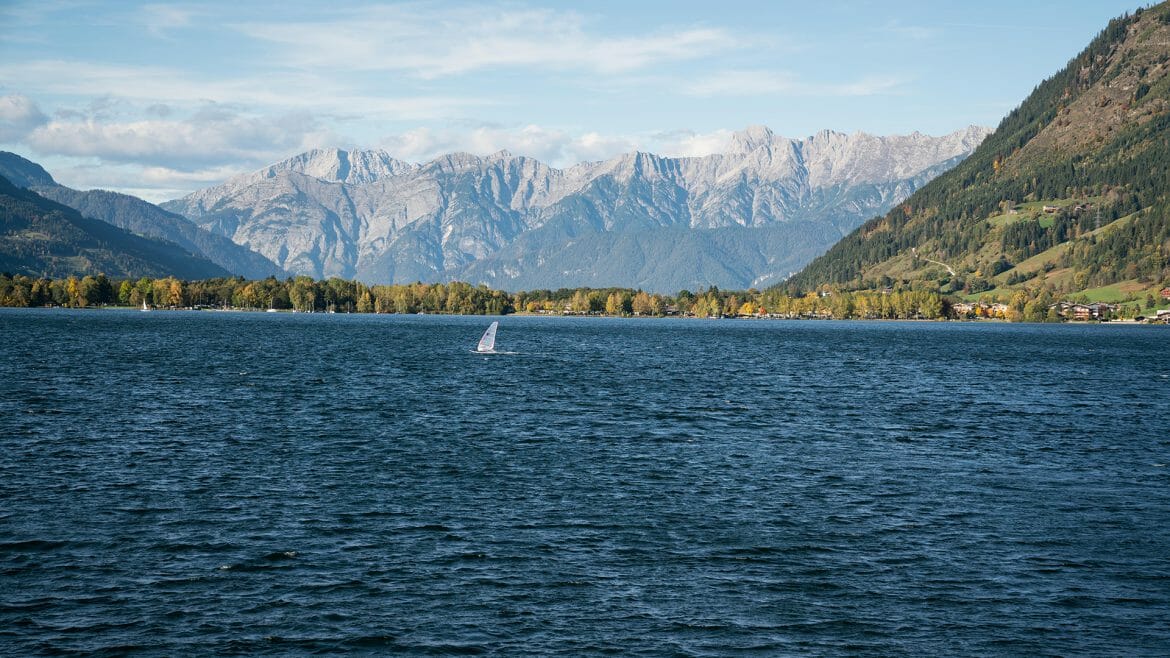 A photographer on the Schmittenhöhe sees the following – clouds, which cover the mountain tops in fog – and time and again the view down to Lake Zell deep in the valley. For Ben and Mike, it was a special moment. The two were fascinated by the interplay between fog and view. This mystical effect looks especially nice on photos. It does not always have to be all blue sky and bright sunshine, does it?

#5 Sunrise in the Zeller Mountains

Sometimes, you just have to get up before the Sun. Mike and Ben love sunrises, and the moment when the first rays touch the peaks and conjure up a very special light. If you have a car available, you should start early in the morning, dress warmly and drive on one of the mountain roads around Zell am See or Kaprun. The effort will be definitely rewarded, good photos are guaranteed! 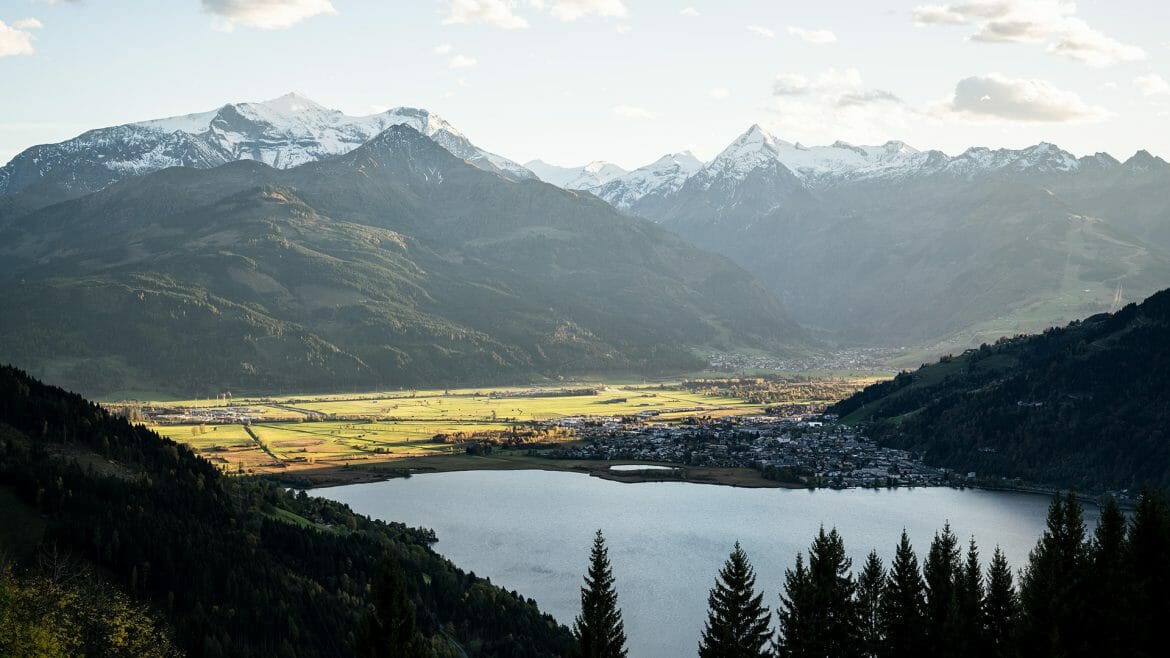