Two Danes on an adventure course in SalzburgerLand

When the days become shorter and nature becomes more colourful, then autumn arrives in SalzburgerLand. Jesper Palermo and Kenneth Nguyen already got to know Zell am See-Kaprun in winter and this time, packed their cameras for an autumn visit to the region. Their conclusion? For action fans, as they are, SalzburgerLand also has a lot to discover on cloudy autumn days.

The dense fog clouds make the view of the surrounding panorama difficult. Jesper Palermo and Kenneth Nguyen find themselves in the middle of the Hohe Tauern at the Kaprun high mountain reservoirs. The air is cool, it drizzles a little – but above all it smells like autumn. The whole Zell am See-Kaprun region is immersed in fog at the beginning of September and welcomes the Danish photographers in a mystical way. 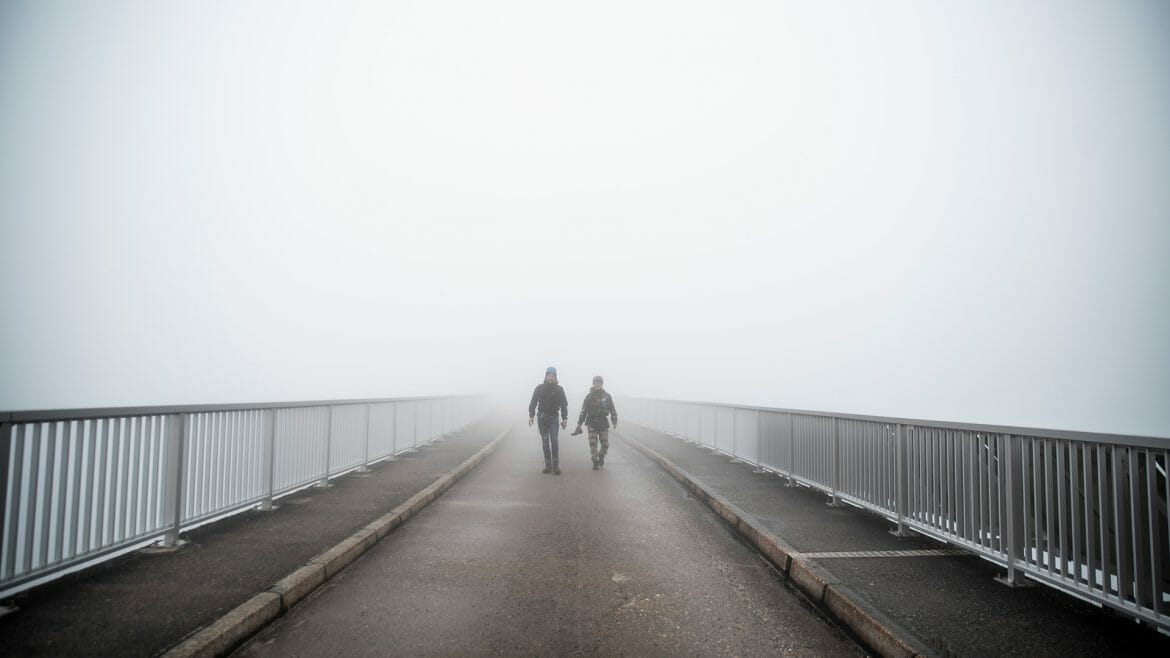 Adrenaline rush at over 2,000 metres

Last winter, Jesper and Kenneth were skiing, snowboarding and paragliding in the region and got to know Zell am See and Kaprun with a thick layer of snow. Now, the first station leads to the MoBo107 Via Ferrata at the Kaprun high mountain reservoirs. While ascending to the starting point, however, there is a slight nervousness. Climbing in fog? On the world’s highest climbing route located on a dam? Definitely a challenge! Climbing guide Markus welcomes the two photographers and gives them a crash course in climbing equipment, safety and technique. Jesper slips into the harness, Markus straps on the carabiners. Kenneth attaches his Go Pro to his helmet and then both are ready to start. At least now it is clear that there is no such thing as bad weather for photographers. And certainly not for action fans like Jesper and Kenneth. On the dam, they climb step by step up a few metres of altitude through the fog screen and in-between find the time and the nerves to take photos from up there.

As soon as we arrived in Zell am See-Kaprun, it was time to climb up this huge dam. It was a bit intimidating, but it was great fun. – Kenneth 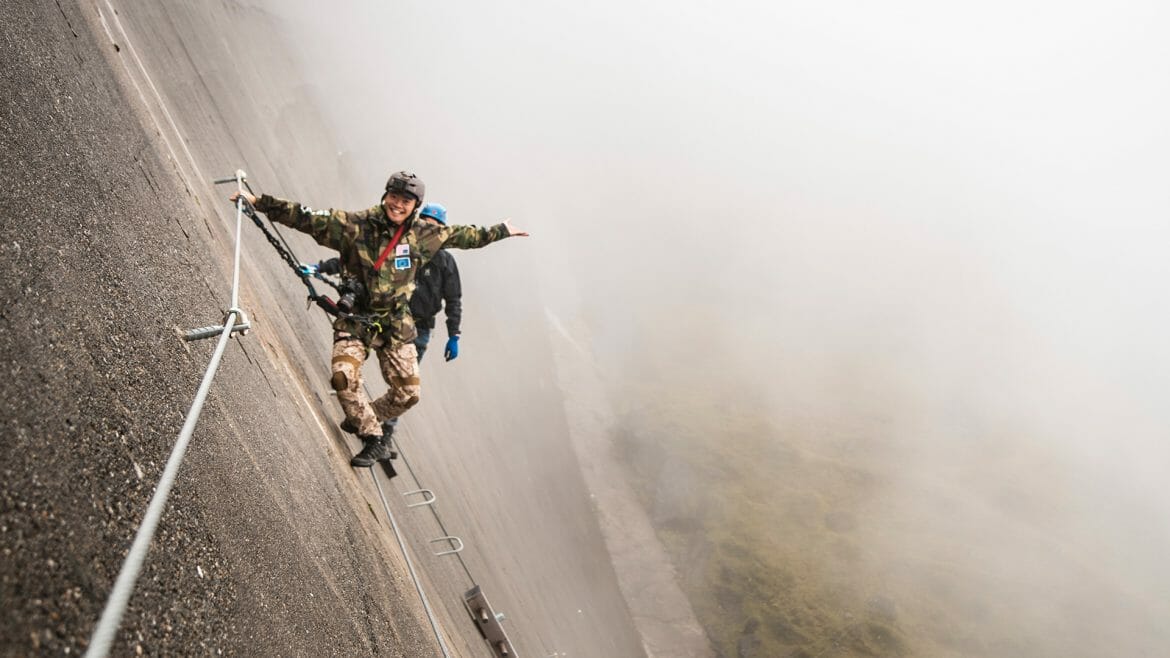 © SalzburgerLand Tourismus, Jonathan Forsthuber – Jesper and Kenneth at the Via Ferrata MoBo107 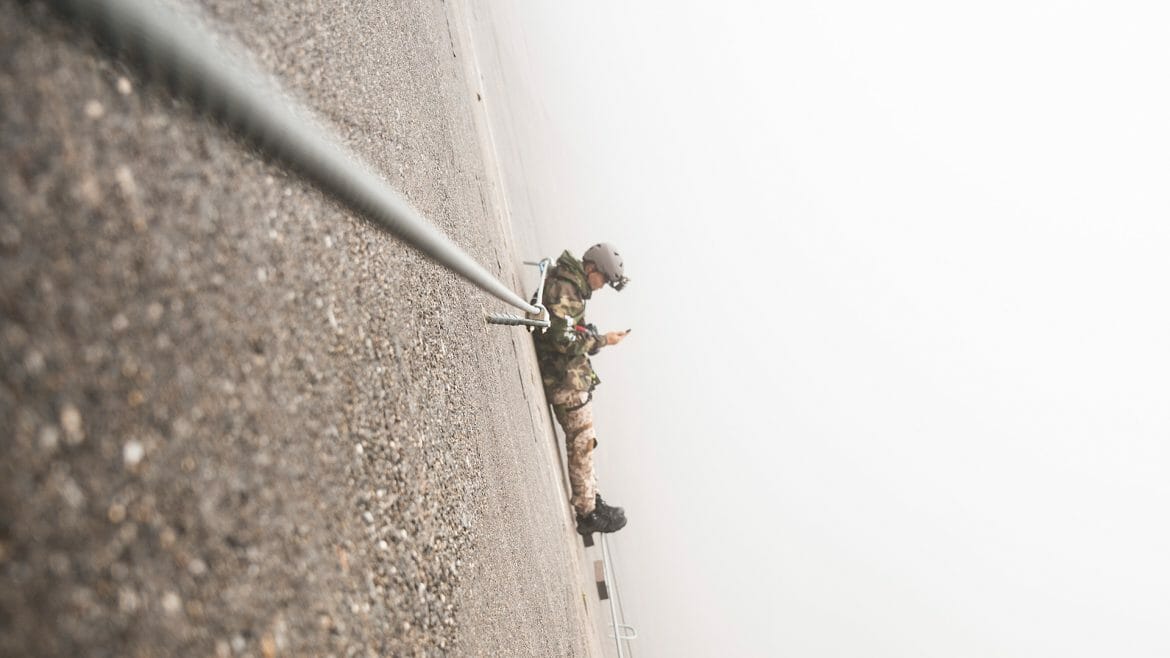 © SalzburgerLand Tourismus, Jonathan Forsthuber – Kenneth at the Via Ferrata MoBo107

High Alpine impressions on the Kitzsteinhorn

Jesper and Kenneth already know the Kitzsteinhorn from their visit in winter. Last time, the weather god was feeling sunny and the glacier was covered by a glistening layer of snow. In autumn, the Kitzsteinhorn is the ideal starting point for hikes and high-Alpine tours. For these two Danes, the ascent up to more than 3,000 metres is an absolute must on a visit to Zell am See-Kaprun. Even though the view of the valley and the surrounding mountains was denied to them this time, they were impressed by the mysticism at the “Top of Salzburg”.

On the Kitzsteinhorn we saw snow for the first time this year. That was really cool. – Jesper 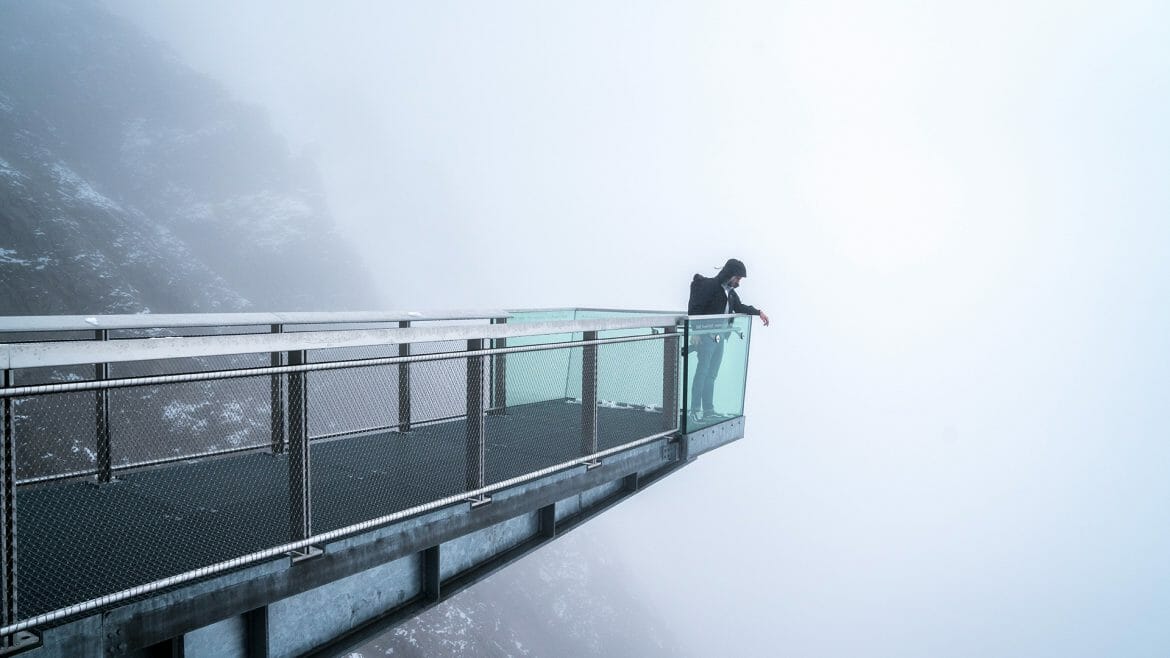 The Sigmund Thun Gorge in Kaprun has gradually emerged over the last millennia, with the Kaprun Ache drilling through the lime slate and sculpting vertical walls. Today, you can admire the roaring waters and the shimmering stone walls via bridges and wooden walkways. Jesper and Kenneth visit the gorge this time, however, in the evening to get to know the rock and water formations from their colourful side. Up until late summer, the Sigmund Thun Gorge is magically illuminated in the evening hours – a special occasion for photographers to capture the coloured lights and the atmosphere. 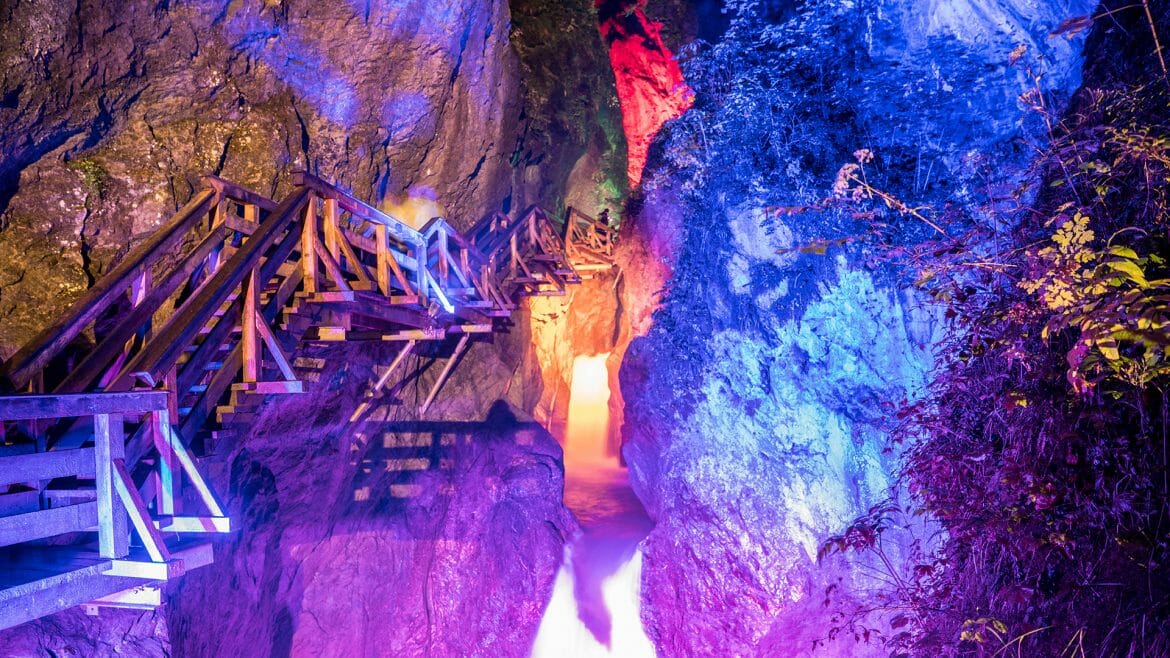