Three pairs of skis and six pairs of snowboard boots

Salzburger Saalachtal is known not only for its green regions and proximity to Salzburg, but above all for its family-friendly activities. Here there is everything that makes children's hearts race: ski-fun parks, toboggan runs, children’s slopes, and much more. More than reason enough for the vloggers from ‘Sechs Paar Schuhe’ and ‘Life with Sandy and Benni’ to explore the region.

Most people think that travelling with children is all about time schedules and stress, leaving you with little time to relax.  Thor and Maria from ‘Sechs Paar Schuhe’ have seen otherwise. With their four children, aged between 5 and 12 years old, they were on a year-long trip around the world. Completely stress-free and relaxed:

When we travel with our children, it is important for us that we do not rush from one place to the next, and that we take our time. 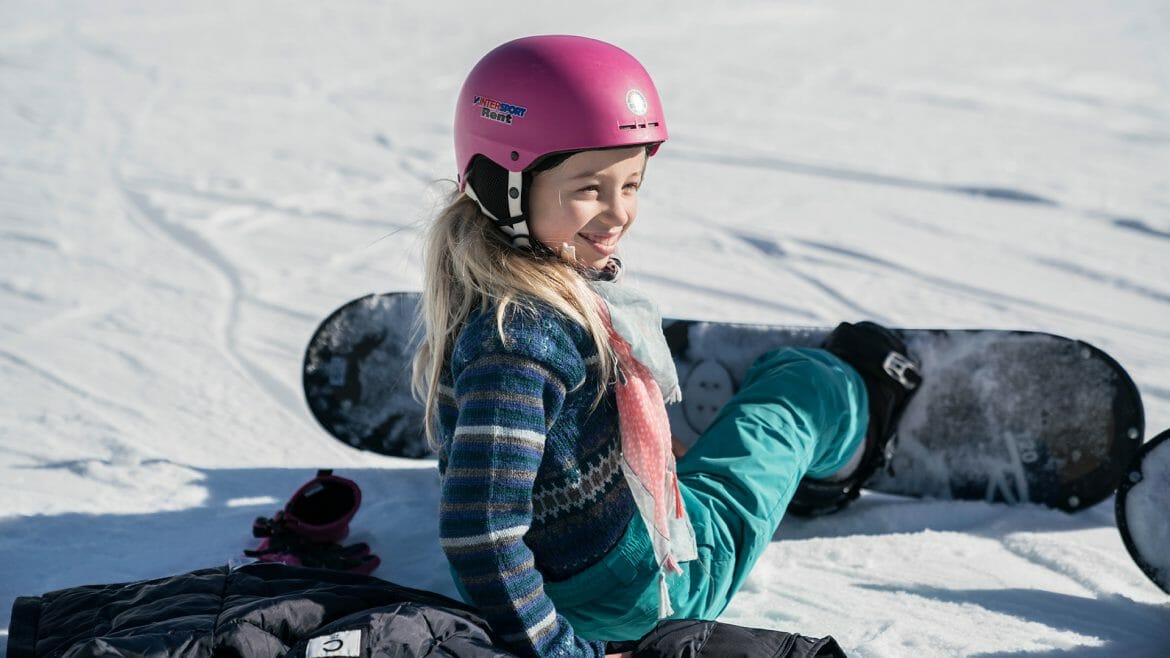 From the sun into the snow

Taking time – that’s easy in Salzburger Saalachtal. The region offers many possibilities for families with kids where the parents can relax and the kids can romp around. For example, whilst skiing and snowboarding. Both families were particularly happy with this. You can see Benni and Sandy in their videos on YouTube mostly sitting under palm trees in the sunshine. These two spent some time with their sons Liam (3) and Mael (almost a year) in Tenerife and do not normally see much snow. Thus, the children’s eyes lit up even more in Salzburger Saalachtal when Liam was allowed to ski for the first time and Mael sat on a toboggan. 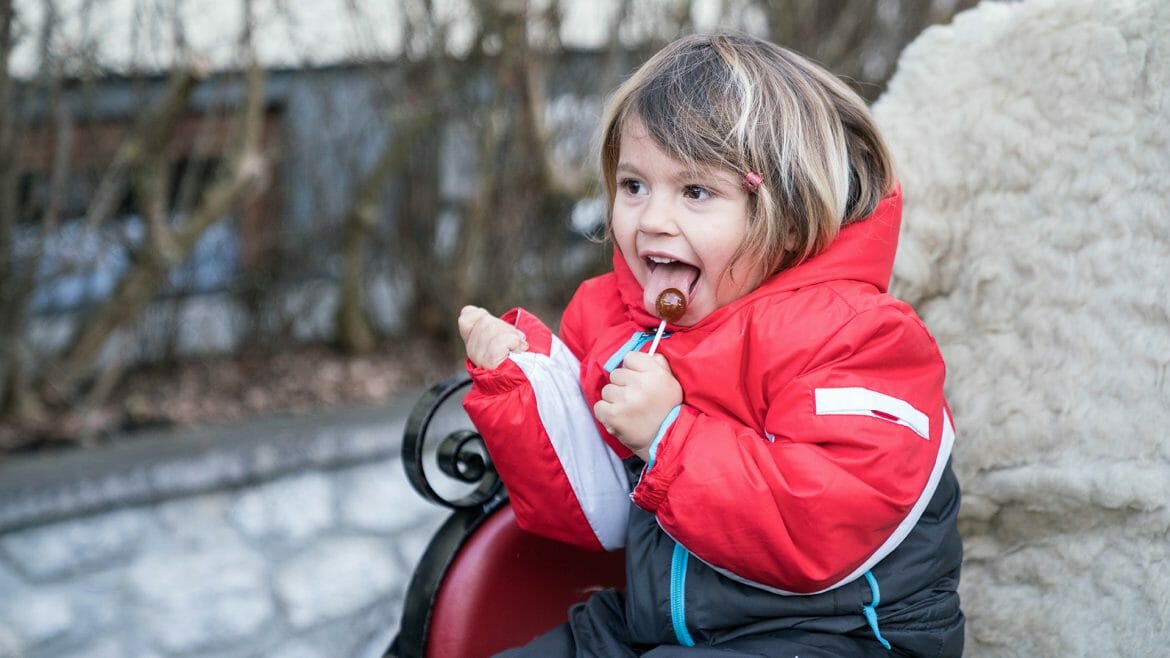 Since ski equipment for so many people needs lots of space, the two families found it particularly useful to be able to borrow the equipment on site. In the Intersport Storm Ski School, directly at the valley station of the Lofer Alpine cable car, the children were able to choose their skis and snowboards, try on ski boots and even warm up for the slopes. And then, the ten-person tour group headed up into the snow.

While a snowboard instructor helped Thor and Maria’s kids improve their snowboarding skills, Liam was able to stand on skis for the very first time and carve his first curves in the snow during the children’s ski course. 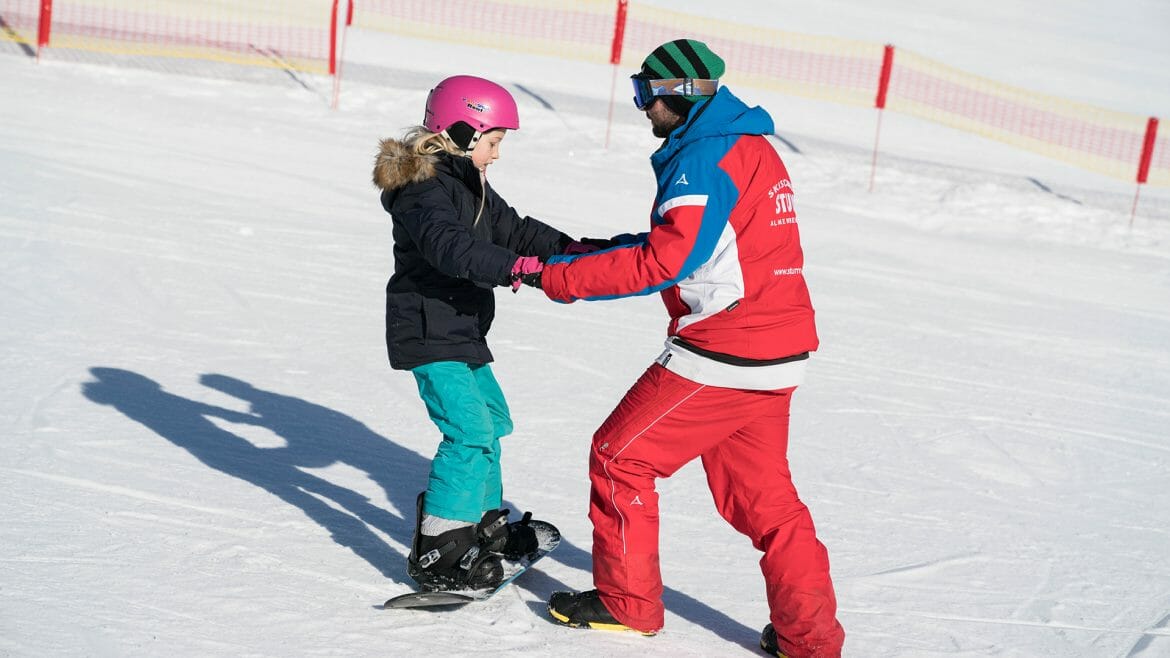 We skied in the morning for two hours, then ate some lovely food in the hut and then the little one wanted to go straight back onto the slope. […] He is now a keen skier and just 3.5 years old. We have really found something good for him here. – Benni

The Lofer Alpine World not only offered ideal slopes for children, but also valuable hours for Thor, Maria, Benni and Sandy. Indeed, they were able to carve across snow-covered slopes while the little ones were looked after at their courses. 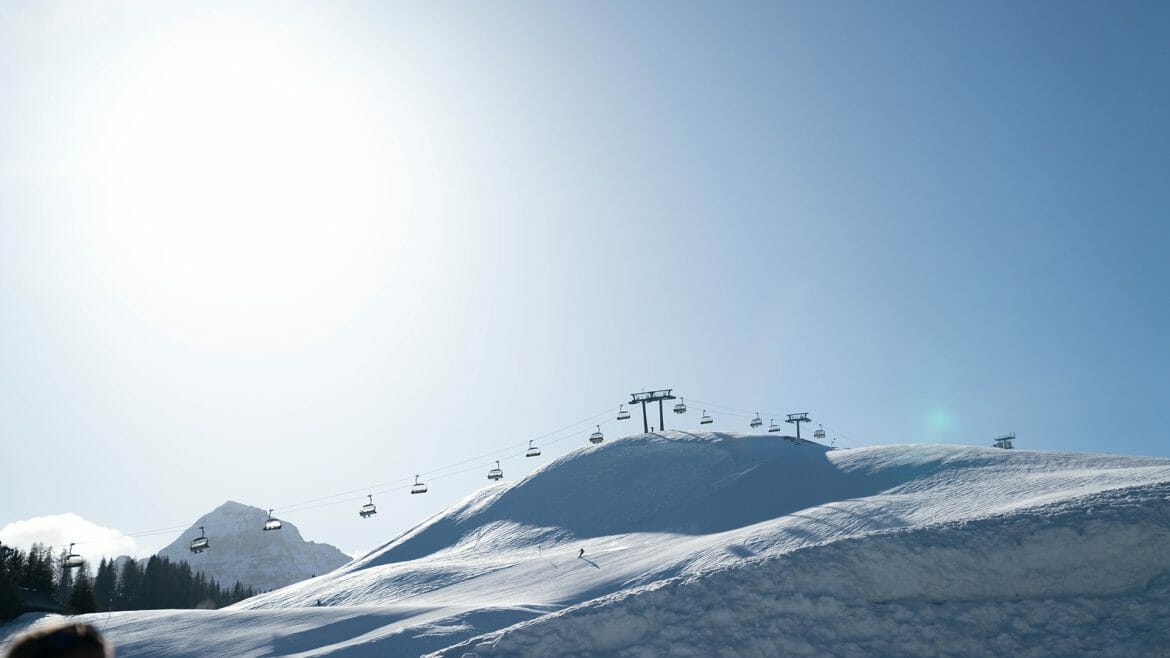