The Sound of Music revisited

The Makemakes on the trail of The Sound of Music

“The shooting of the music video and the film documentary with Hannes Schalle were very exciting and also very contrasting with the different film locations in Hollywood and Salzburg,” explains Dominic Muhrer. He was also somewhat surprised by the opportunity to work with star producer Humberto Gatica in Hollywood and re-record the old “Sound of Music” song as a duet. “On the one hand it was very surprising, because you do not expect to get a call from Hollywood. But as I had already been working on “The Sound of Music” theme and a modern musical interpretation, it was just perfect.”

The first release from the collaboration of Joshua Ledet, the Makemakes and Humberto Gatica is the song “Climb every Mountain”, which was originally written in 1959. The two singers recorded it as a duet accompanied by impressive recordings from the original locations of “The Sound of Music” film in SalzburgerLand – such as along the Sound of Music Trail in Werfen to the meadow where the famous picnic scene and song “DO-RE-MI” take place, the Castle Hohenwerfen, Salzburg’s Old Town and of course the Leopoldskron Palace. 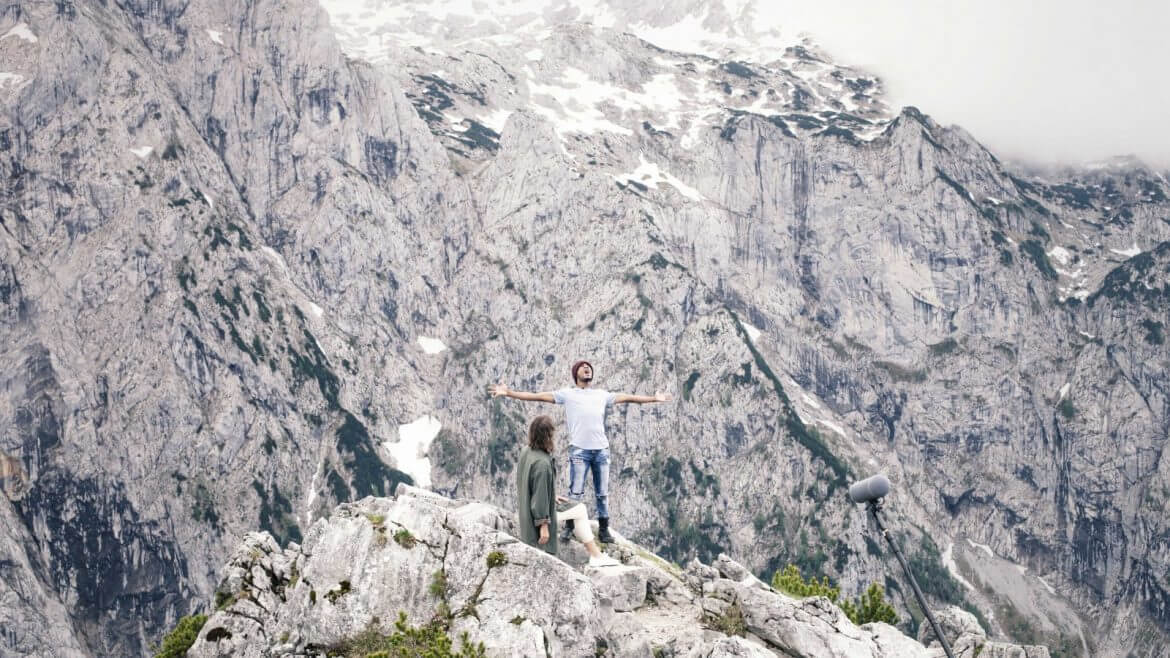 “I have a very special personal bond to the song ‘Climb every Mountain’. This text will never lose its meaning. The message of believing in yourself is important and you should never let go of this idea,” says Dominic Muhrer on the meaning of the song text. “And when you then see how Joshua is so impressed by the beautiful landscapes in SalzburgerLand and the breath-taking original locations of “The Sound of Music”, then you again realise that as a Salzburger, we actually live in such as paradise!”