Quirky and unique customs in SalzburgerLand

Visitors will be simply astounded by SalzburgerLand. Firstly, for the beautiful countryside and the magnificent views of lakes and mountains, as well as the genuine hospitality and regional cuisine and secondly for the typical and sometimes more quirky traditions.

The water shooting event on the Lungauer Prebersee, takes place on an annual basis on the third weekend in August. The event is quite unique, to the extent that even Walt Disney failed to recreate this phenomenon back in America. This idyllic mountain lake is situated at the foothill of the Preber mountain in Tamsweg, Lungau. Every year, the best shooters from the region congregate to cultivate this tradition. Shooters don’t aim directly at the target, but at the reflection of the target in the water. At the correct angle accompanied with luck, the bullet ricochets off the water and hits the target which is located on shore.

Another great tradition awaits you in Lungau, which might be a surprise at first sight. Samson, the emblem of Lungau is a giant with long black hair and splendid armour and a shiny helmet. At festivals and processions, Samson is paraded around the streets and alleyways accompanied by his dwarves. Along the way, they stop and pause to give a little dance. Tradition dictates that the figure of Samson is carried by a local bachelor, which is no easy task due to Samson being eight metres tall and weighing more than 80 kilograms! The local village band and dance groups provide entertainment at this event. 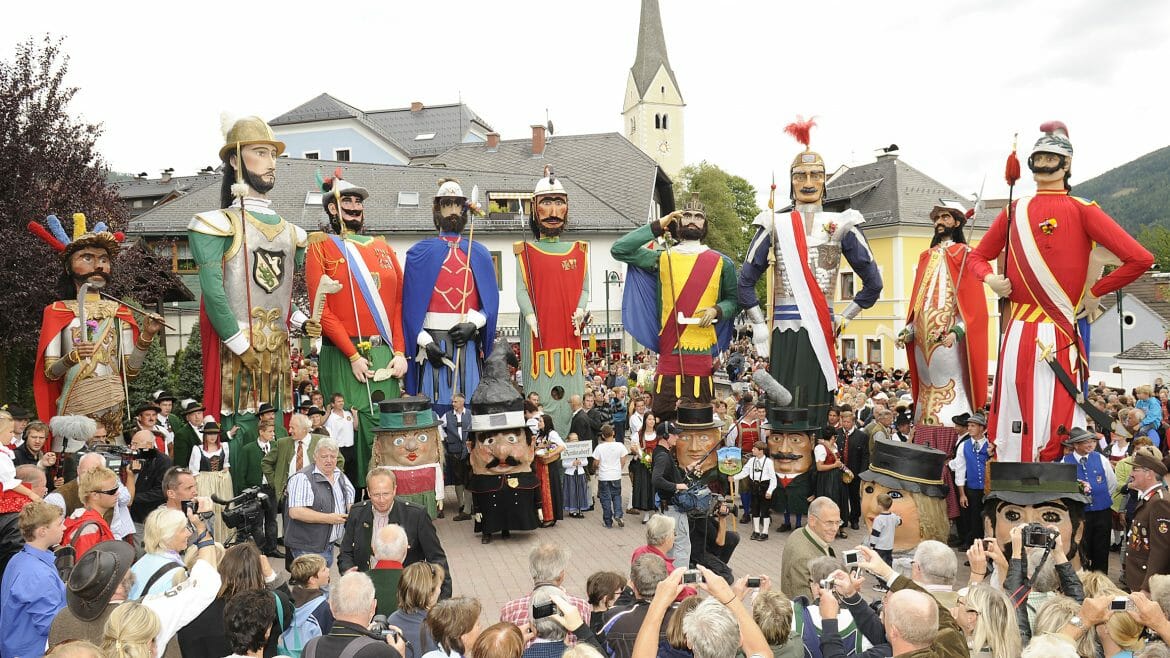 Another traditonal event is held in the city of Salzburg, where hundreds of visitors gather each year. The ‘Metzersprung’ takes place on Faschingssonntag. The event that previously took place at the Florianibrunnen in the Alten Market, is to today held at the Innenhof at Stifts St. Peter. It is here that those who have completed their butchery apprenticeship gather to celebrate and leap into a water-filled wooden barrel to cleanse themselves of sins. As a final test, the butchers have to swing a flag weighing 40 kilogrammes on the balcony of the Stift. Naturally, at such an event there are tasty sausage on offer.

Every year, thousands of spectators gather to watch watch the Hundstoa-Ranggln, one of the most traditional sporting events in SalzburgerLand. The Pinzgauer Hundstein mountain, standing at 2117 metres is where this wrestling competition takes place on on Jakobi (the last Sunday in July), in a natural arena just just below the Statzerhaus. The Hundstoa-Ranggln event has been included on the list of intangible World Cultural Heretige of UNESCO. This sporting event dates back to the 15th century and has a specific set of rules which determine the throws, grips, clothing and duration of the individual competitions. The champion is congratulated and celebrated as the “Hundstoa-Hogmoar” until the following year, a title that every wrestler wants to achieve in his sporting career. It is said that this competition is the most honest form of determining which man has the most power and strength in this Alpine region.

A light goes on the Monday after the 29th September. Why? Because, for the first time since the summer, handworkers need to carry out their work under an artificial light. On this occasion, artisans congregate and enjoy a a succulent dish of roast pork. In some regions of SalzburgerLand the “Liachtbratl-Monday” is even an official holiday for craftsmen. This custom has been celebrated in the Rettenegghütte on the Postalm in Wolfgangsee for the past 50 years.

Dirndlgwandsonntag always takes place on the second Sunday in September, around the festive day of the Holy Notburga (September 13), the patroness of the maids, farmers and domestic workers. Since 2003, this day has been celebrated as a day of honour. In the Gwandhaus of the Trachtenmanufaktur Gössl in the city of Salzburg, for example, this day is celebrated with a trade fair and a special presentation of impressive handicraft techniques. 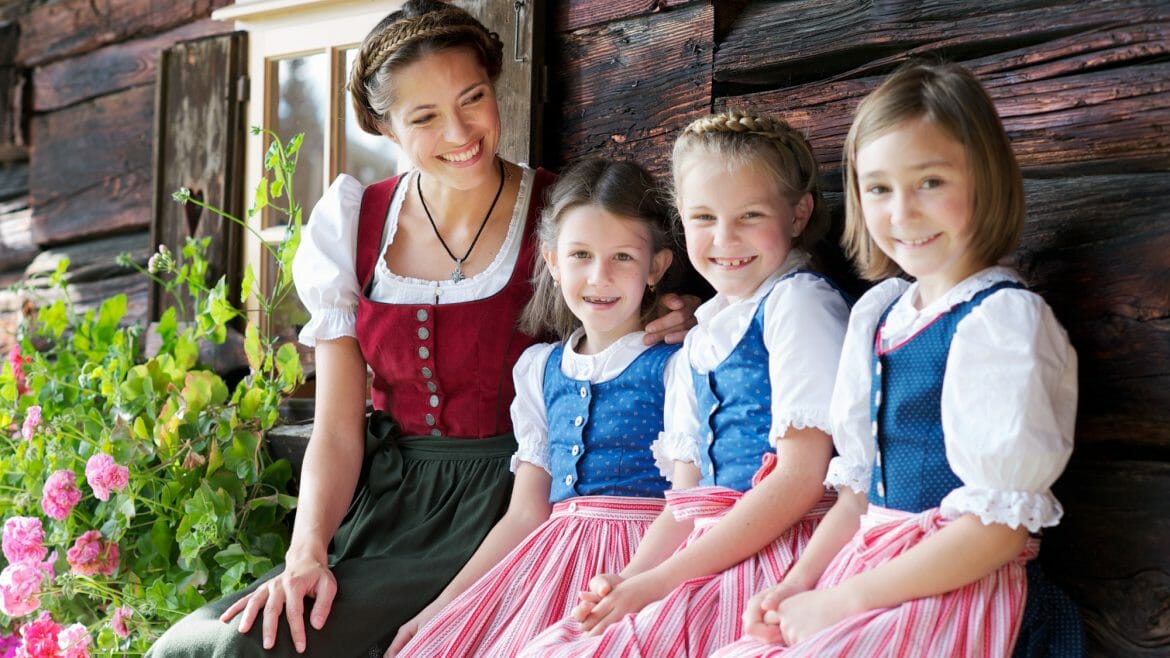 Lederhosendonnerstag is a more recently established tradition in Salzburg. For the last few years, young lads are seen wearing their lederhosen every Thursday in the city of Salzburg, whether going to the office, or enjoying a beer after work – even during the winter months. For love of the leather, this day was initiated by two friends and what started as a idea ‘just for fun’, now has a large group of followers.