St James’s Way is arguably one of the most famous pilgrimage routes. Strictly speaking, the route consists of a number of European pilgrim routes that all lead to the alleged grave of Saint James.

The history of St James’s Way

St James the Great, a disciple of Jesus and later apostle, came to Spain as a missionary. On his return in 44 AD, he was beheaded in Jerusalem. His body, so the legend goes, was taken to Spain in 614 AD, where his grave was forgotten. The grave was rediscovered only in the 9th Century! Since then, St James has been a national saint and patron of pilgrims.

The first mention of St James’s Way from the year 1047 already brings it into connection with his grave in Santiago de Compostela in Spain. The name Santiago is the local Galician evolution of Sancti Iacobi, “Saint James”. In the Middle Ages, his grave became a major goal of Christian pilgrimages besides Rome and Jerusalem. The Spanish major route was even listed as a UNESCO World Heritage Site in 1993.

One might say that each journey begins with an idea – with the thought of taking on this pilgrimage. The trip must be planned and studied, with the knowledge of what lies ahead. Year after year, thousands of pilgrims embark on this special hike. And the road begins somewhere else for each and everyone, specifically exactly where each pilgrim decides to start the journey.

There are many St James’s Way routes across Europe. In the Middle Ages, the ‘main routes’ were established, those which include St James churches and chapels along the way. The historic St James’s Way routes have remained the same to this day besides small changes due to major transport routes. The common goal of all routes is the grave of St James in Santiago de Compostela in Spain.

The Salzburg route leads through the Salzburg Lake District into the city of Salzburg and continues to Grossgmain, Bad Reichenhall, Unken, Lofer and the Tyrolean border.

The route can be followed via these stages:

Accommodation along the way

Whoever is on the go the whole day welcomes the chance to stretch out their legs in the evening, to be served something good to eat and maybe also to share their experiences from that day with other like-minded people. Here you will find a list of all the accommodation along the way that receives pilgrims with open arms: 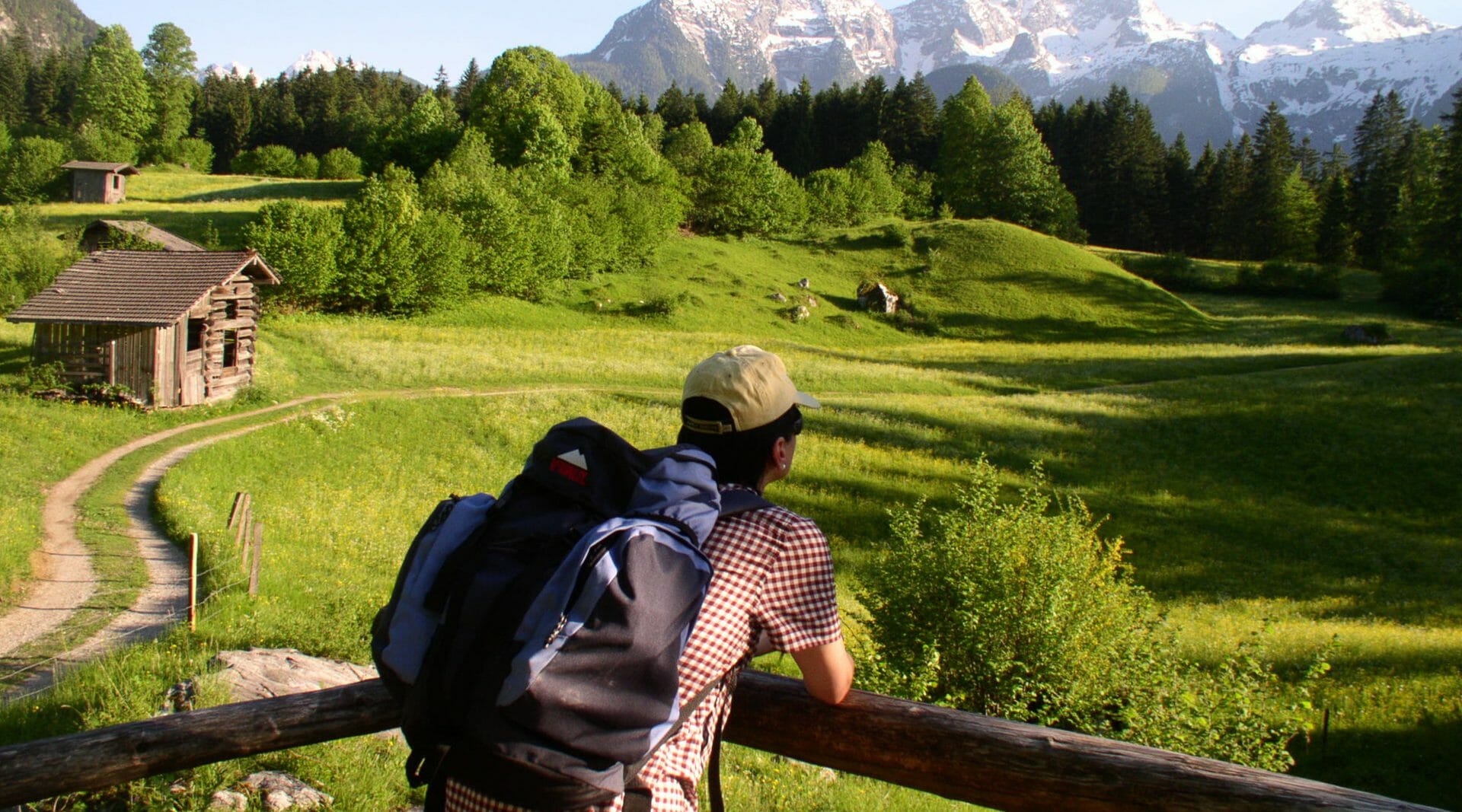 Where does St James’s Way go in Salzburg?
Nearly 100km long hiking trails take pilgrims through SalzburgerLand. They pass the pilgrimage church of Maria Plain, cross through the city of Salzburg and enter Tyrol via Unken and Lofer.

How many days does one take to hike St James’s Way in Salzburg?
The route can be hiked in about 4 days.

Is the Way suitable for cyclists?
Around 90 percent of the distance can be travelled by (trekking) bike. Alternative routes for those parts that remain reserved for hikers are marked on the map above.

Do I need a pilgrim’s pass for St James’s Way in Salzburg?
A pilgrim’s pass is not required because there are no defined pilgrim hostels. Many pilgrims still highly value it, since they can identify themselves at parishes, for example, or use it to document their journey.

Where can I get a pilgrim’s pass?
Pilgrim’s passes, artistic postcards and souvenirs are available at the following places, for example:

Where do I get a stamp for my pilgrim’s pass?
You can get your pass stamped in the churches and pilgrim-friendly restaurants and accommodation facilities along St James’s Way. 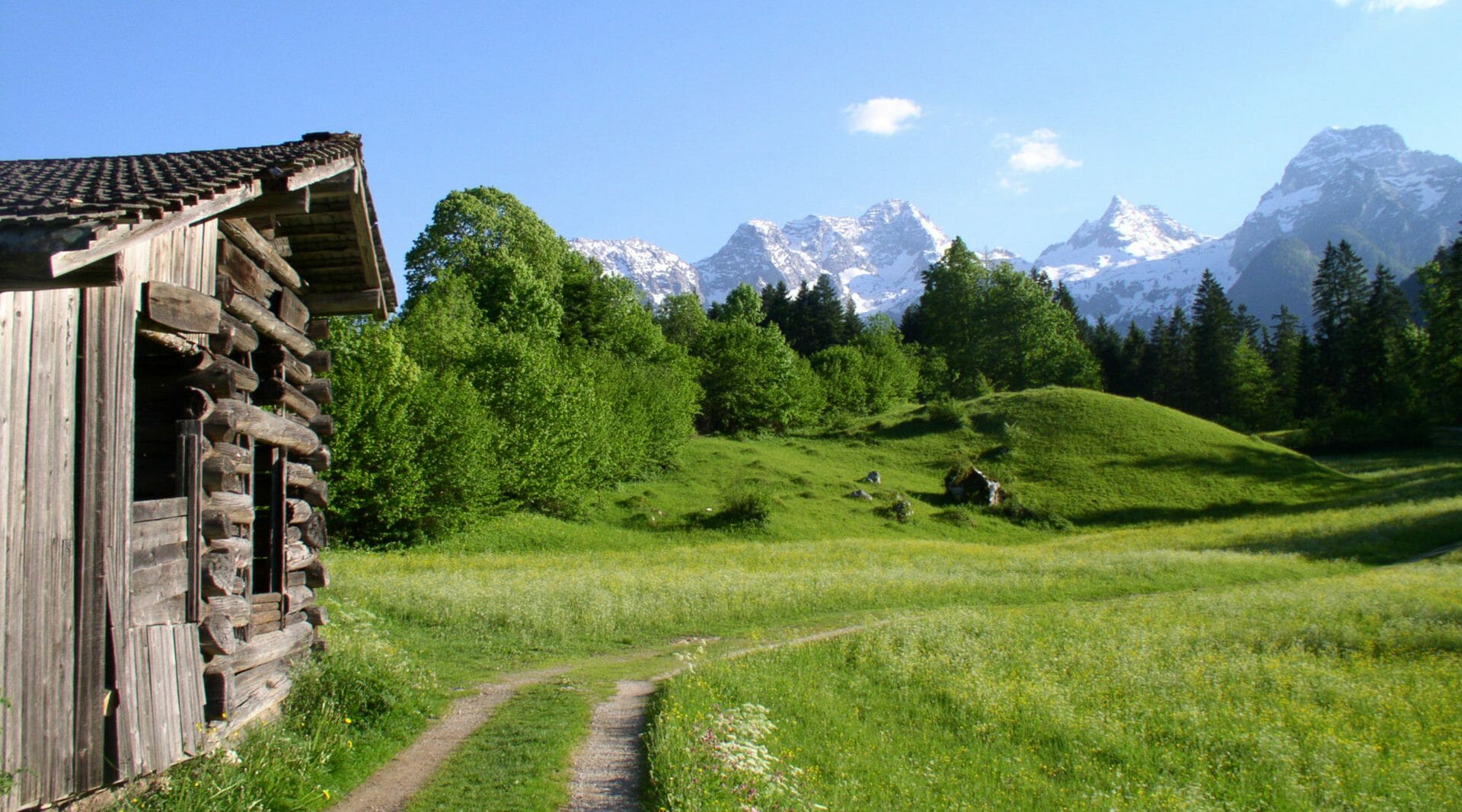 Are there guided pilgrim tours or multi-day offers on the St James’s Way?
Yes, for those who don’t want to organise a pilgrimage tour themselves there is are guided tours organised by Angelika Wimmer. For information and registration email: angelikawimmer@gmail.com

You can also quite easily allow Eurohiketo organise a single tour anytime (8 days / 7 nights, from May to October).