The Salzkammergut is well-known for its mountains and lakes, traditions and beautiful places. Marco and Felicity of Non Solo Turisti boarded the night train in northern Italy to get to know the region's diversity over the next few days. The conclusion after four days in the Salzkammergut? “We were in Austria years ago, but we've never seen anything like the landscape here.”

Once around the world

Who doesn’t dream of a trip around the world at least once in a lifetime? Leave everything behind, explore new countries and get to know new cultures. Marco and Felicity are in the middle of such a journey and have been travelling all over the world together with their children since summer 2017. They don’t have a fixed home. Between hotels, Airbnb’s and Couch Surfing, they keep getting rest with their families in between. And again, here they have a choice between Italy and the UK, as Marco is a native Italian and Felicity is originally from England. This lively family shares their experiences on their blogs Non Solo Turisti and Thinking Nomads. 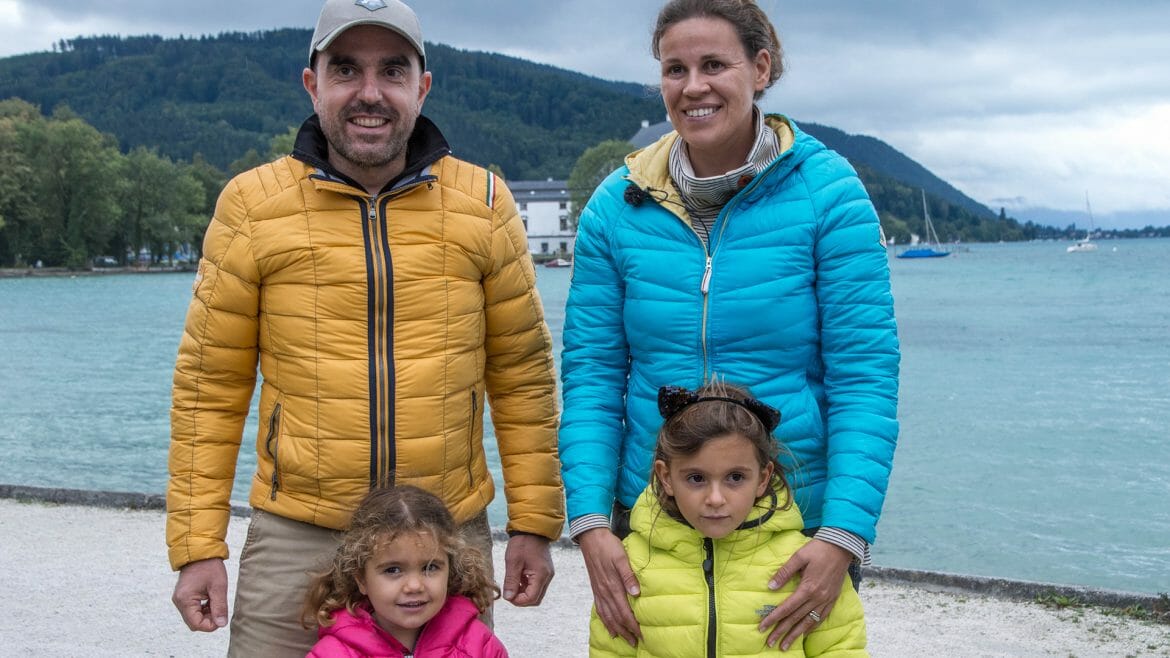 In English, per favore

Marco and Felicity are rarely found alone. They always have their two daughters Isabella (4 years) and Maya (3 years) with them. The girls have Italian temperament in their blood and easily switch back and forth between their parents’ two native languages. When the bloggers stay with Marco’s family in Brescia, Italy, they often go swimming in nearby Lake Garda. Swimming is generally one of Non Solo Turisti’s favourite hobbies. No wonder, then, that they were particularly impressed by the water-rich Salzkammergut. After all, there are 19 swimming lakes for splashing, boating and more.

The highlights of Non Solo Turisti in SalzburgerLand

Harvest Festival in Faistenau
You only really get to know a region once you have experienced its traditions. After arriving at the hotel, Non Solo Turisti visited the Harvest Festival in Faistenau and did just that. Doughnuts were sampled, local customs were experienced and traditional clothing looked at. “I think we were the only tourists there at that time,” Marco recalls. “It was a special place and the atmosphere was just great.”

Schafberg Mountain Railway
Tuut, tuut! When the nostalgic Schafberg Mountain Railway sets its wheels in motion in the direction of Schafberg, one automatically becomes a child again. In his time, Emperor Franz Joseph travelled to the summit with the red steam locomotive – today Non Solo Turisti take a seat on one of the benches. On the way up, it goes past the beautiful countryside overlooking St. Wolfgang and the blue Lake Wolfgang. After about 35 minutes, the summit is reached and one of the most beautiful views in the region opens up. Those who prefer to wander around the valley will find the perfect alternative on the Lake Wolfgang Shipping cruises. A movie-like nostalgia ship shuttles between the towns of St. Wolfgang and St. Gilgen and stops at a total of seven points along the way. 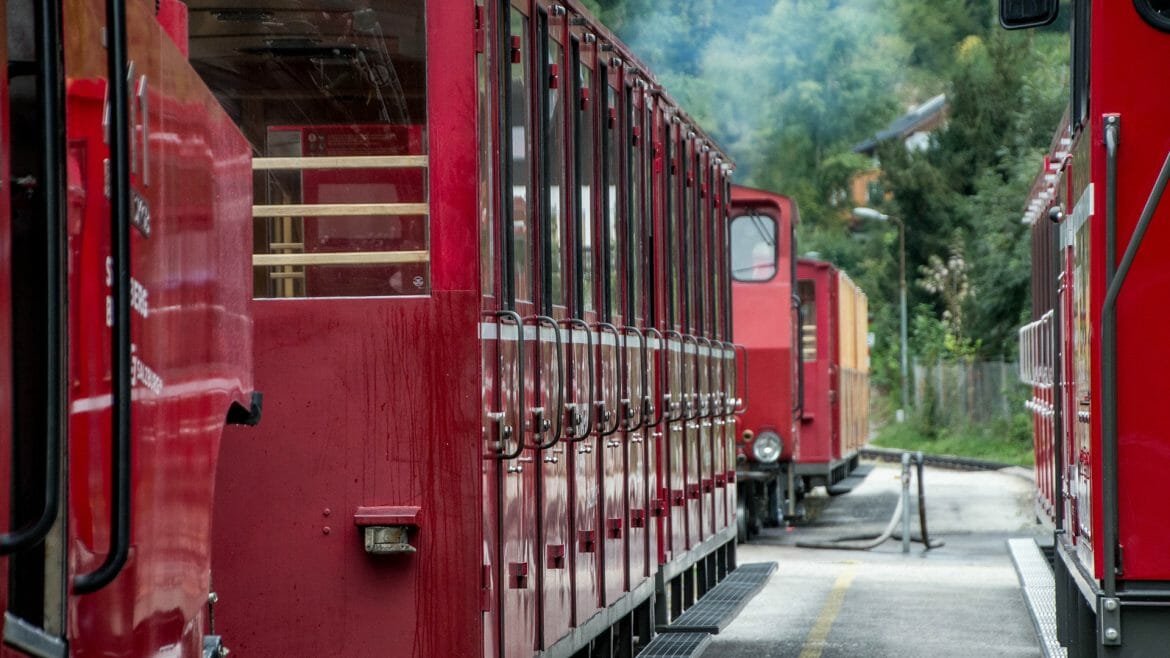 Cruising on Lake Attersee
You are spoilt for choice in the Salzkammergut. What about a cruise from St. Wolfgang to St. Gilgen, or would you rather have a leisurely tour on Lake Fuschlsee? Non Solo Turisti decide to take a ride on Lake Attersee this time. From Seewalchen, they go for a lap on the water with a view of the adjoining villages, the Kammer Castle and the many bathing areas. 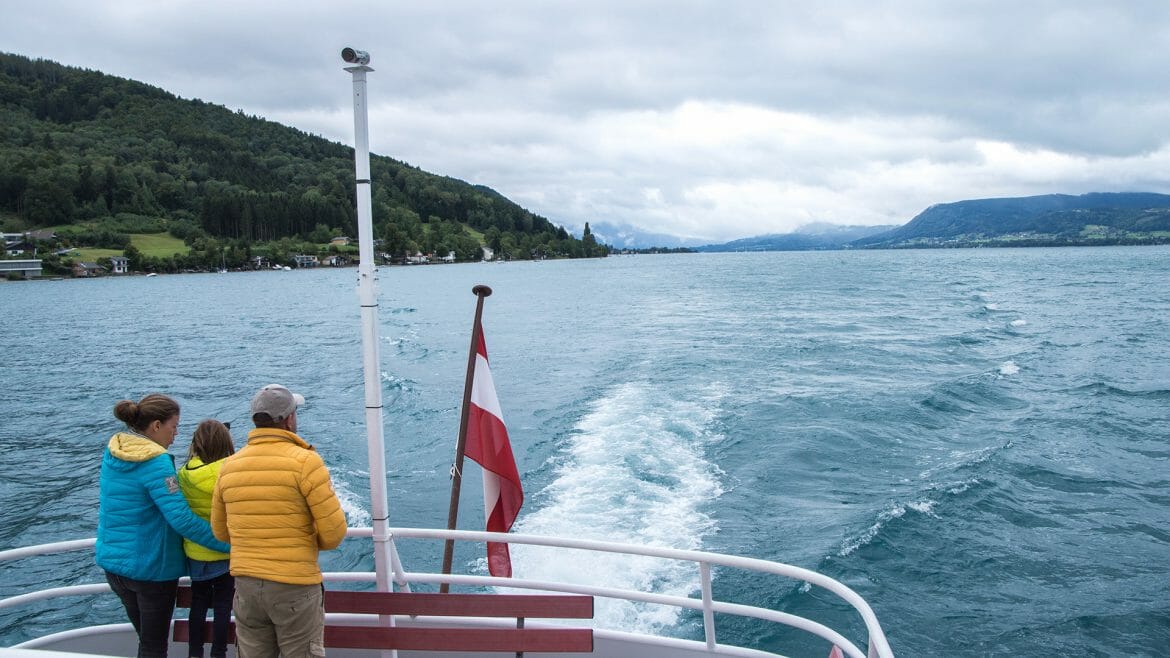 Horse-drawn sleigh ride at Lake Mondsee
Anyone can travel on a Hop On-Hop Off bus. Non Solo Turisti explore Lake Mondsee with two horsepower in a horse-drawn carriage and watch dreamily as the picturesque landscape glides by. They pass green meadows, fruit trees and old farmhouses. Their view falls again and again onto the lake, in which the surrounding mountains are reflected. It is quite magical, this Salzkammergut. 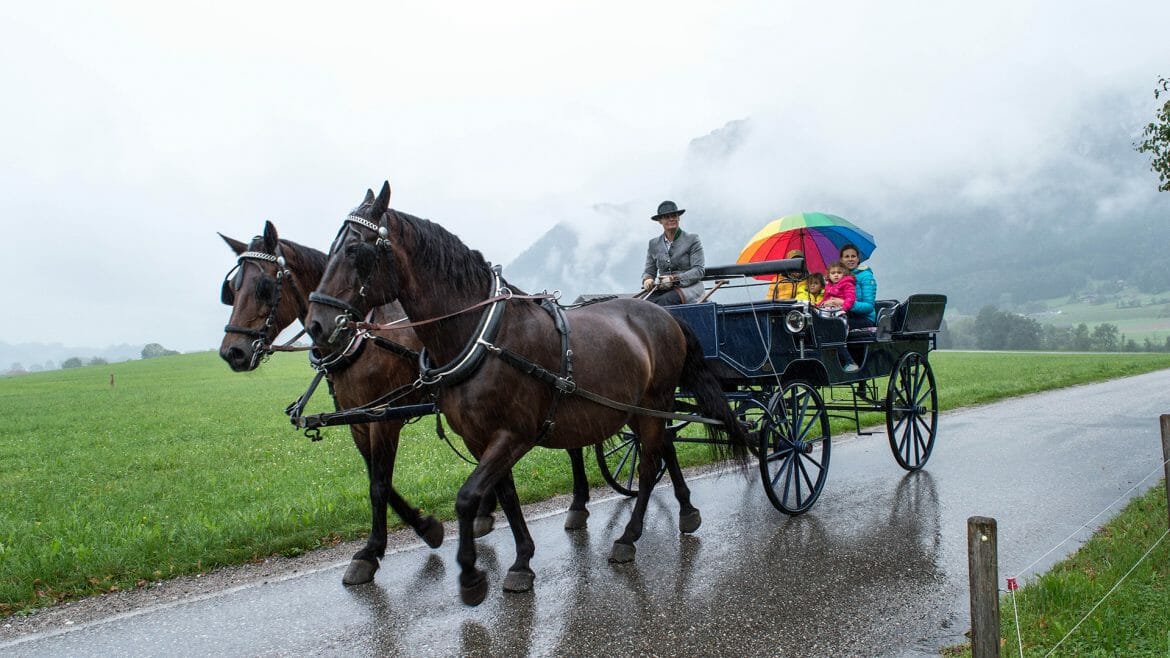