Mystical traditions in the Advent and Christmas season

At the end of November, the “Stand Time” begins – the Advent time. Dusk falls early and often the first snows have already covered the higher valleys in a thick white blanket. Chain lights on the house gables and Christmas markets give off a Christmas glow and the towns and villages are picturesquely sleepy. It smells of fruit loaf, toffee apples and Christmas biscuits. But the peacefulness is deceptive, because barely has the sun set behind the mountains before the pre-Christmas silence is shattered by the heavy cow bells ringing and the rattling of chains. This is when the Krampus is around!

A tradition with a long history

This archaic tradition has been running since the 17th Century when Saint Nicholas, accompanied by these terrifying figures, went from house to house asking to be let in. While the well-behaved children were presented with gifts from Santa, the naughty children were punished by the devilish companions. Even today, there are these home visits by St. Nicholas. As one, whole companies (Passen), made up of Saint Nicholas accompanied by Kamperl, Witches, Angels and basket carriers, roam across the land knocking on families’ doors. On the other hand, you can also order a Saint Nicholas visit, with or without Krampus. to nurseries, schools or within your own four walls. The Krampus tradition, which is widespread in the entire Alpine region, was incidentally banned during the time of the Inquisition, and it was prohibited to dress up as a devilish figure with the threat of the death penalty. 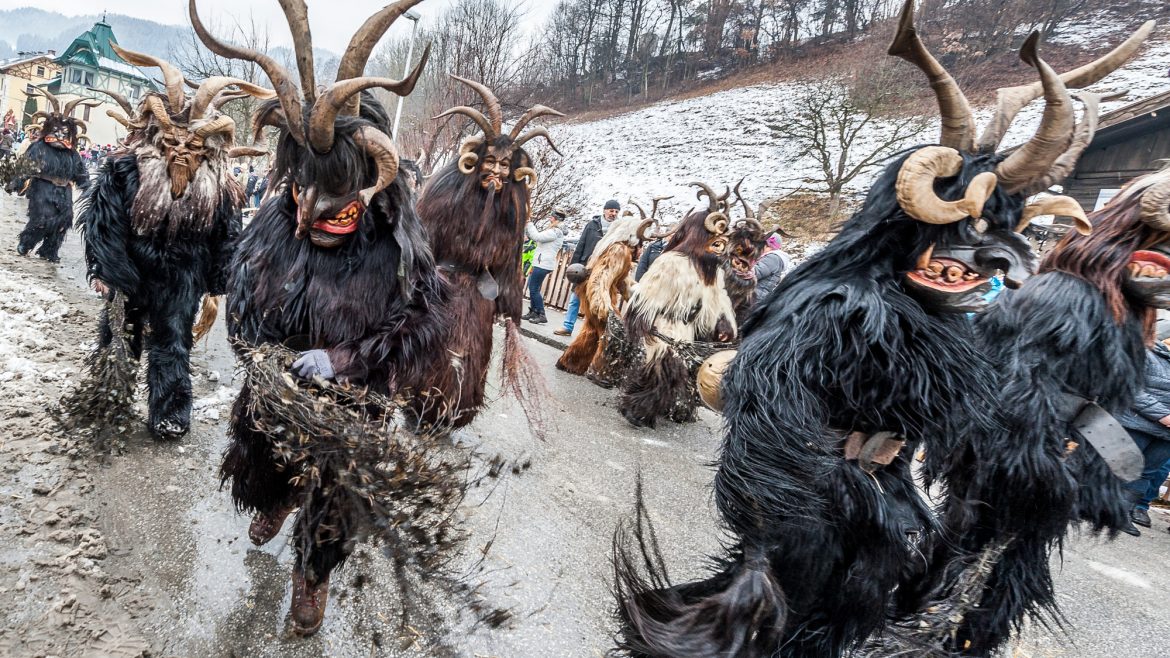 The period from the end of November to 6th December is high season for the Kramperl. In the Gastein Valley, a special tradition has evolved – the Rempeln (jostling). Every year on 5th and 6th December, there are 80 to 100 Passen on the go from door to door. On 5th December, they are in the town centres of Bad Gastein, Bad Hofgastein and Dorfgastein and on 6th December in rural areas. If two Passen should meet, the Saint Nicholas’ greet each other by crossing their Bishop bars. Then, they make room for a spectacular ritual. The two main devils, so the leading Kramperl, bow to each other before they begin mutual jostling. When the remaining Krampusse have finished their showdown, the remains are removed. They then wish each other a friendly “good onward procession, true in the good, old tradition”.

Even though the Krampus cause Goosebumps, especially in children and young girls, the “Kramperl Teasing” is considered a traditional test of courage, especially in Pinzgau. To do this, you approach the Krampus calling rudely “Kramperl Le-Le”. As soon as the Krampus reacts to this provocative approach, they try to escape quickly. If they fail to get away however, they certainly feel the devil’s rod.

Tradition dictates the Krampus’ equipment: a fur suit usually made from goat or sheep skin. Large, heavy rumble bells carried on a wide leather belt around the middle of the body. A rod of thin Birch branches or a cow’s tail. And of course the elaborately carved mask. Each Pass has nowadays their own style and sometimes the masks are modern and zombie-like, or, as with the Rauriser Devils, strictly traditional. In the Rauriser Traditional Pass the masks are carved by the members themselves and painted with red, white and black colours. They must meet certain criteria, such as the red fabric tongue and specific arrangement of the horns from a goat or a ram. And also this Pass’ appearance strictly adheres to old traditions.

It gets loud in the historical town centres of SalzburgerLand, when the Krampus Runs appear in the event calendars from the end of November on – regardless of whether with a traditional bonfire or more modern with music and lights show. It is certainly impressive when hundreds of Kramperl storm through the village and you can admire their masks – usually from a safe distance. One of the largest processions with over one thousand Kampuss is the Krampus Run in St. Johann im Pongau, which takes place every year on 6th December in the upper part of the village. But also in the City of Salzburg there are numerous Krampus runs to admire, such as the one on the 1st December at 6 p.m. where the Untersberg Krampusse run around the area of the Star Advent. Good things come in small packages with the Kid’s Krampusse who strut their stuff at the annual Kid’s Krampus Run on 4th December at 6 p.m. in Thumersbach near Zell am See. Check out the SalzburgerLand Event Calendar here. Simply set the filter to ‘Advent’ and a list of the Krampus Runs in the town and country is shown. 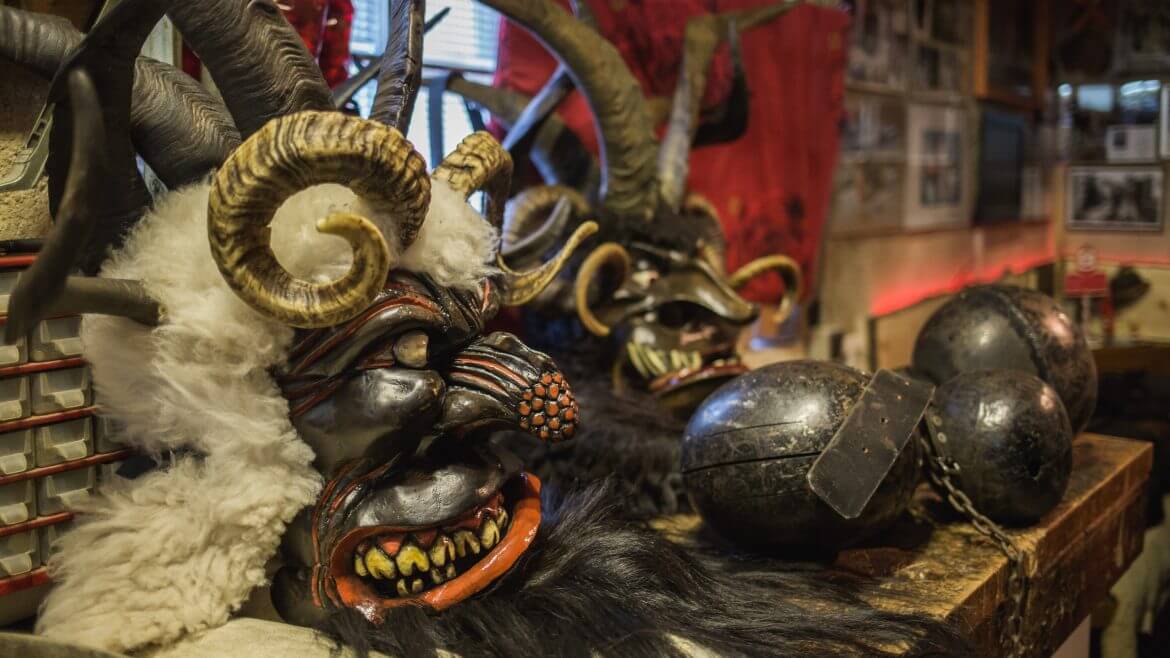 A Percht is not a Krampus, even if similarities certainly exist. Confusing the two is hardly possible, even though the Krampus is on the go only up to 6th December, with the Percht being around only after Christmas. The name is derived from the mythological figure “Perchta”. Both beautiful and ugly Perchten travel around in the harsh nights between Christmas and the Epiphany with the slogan: “To peace, to rhyme and to health”. They should exorcise the dark and cold winter with loud bells and chase away any evil spirits. The Pinzgauer Tresterer are a peculiarity of the beautiful Perchten. They perform their mystical dances dressed in precious robes and accompanied by pine cone men, doughnut snappers, goat figures and other Perchten.