How to ski sustainably

Without cable cars, there would be no joy in skiing. After all, who would want to trudge up the slope like in the early days of skiing? How wonderful it is, that cable car engineers not only think about a comfortable ascent, but they are also developing lots of ideas to make skiing a sustainable, energy and resource- saving sport in the mountains. So let us introduce some of the pioneers of sustainable ski tourism in SalzburgerLand.

They are the first Austrian climate- neutral ski resort to produce most of the electricity they need themselves. However, it is not possible to go completely without CO2 emissions. But the operators of the “Hochalmbahnen” keep waiting for more and therefore invest in climate certificates. These, in turn, are used to finance a local river power plant in Brazil. Climate change is global problem, not a local one. 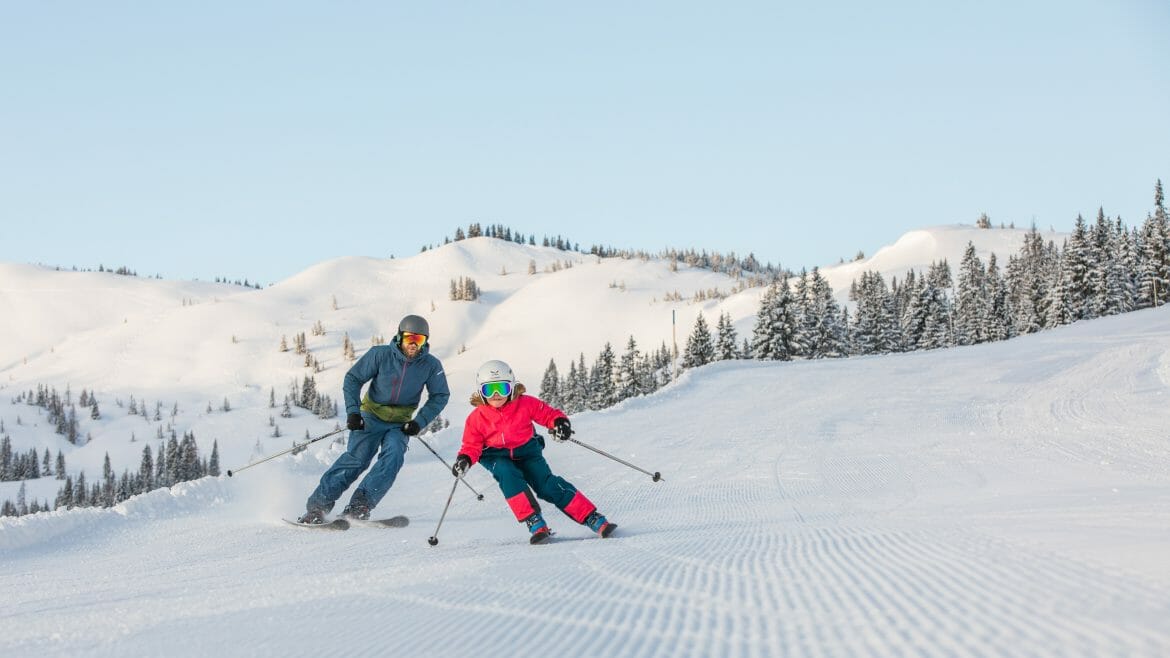 A colourful flower meadow blossoms in summer where skiers make their turns on the slopes in the winter. This is not a matter of course. But at the “Schmittenhöhebahn” in Zell am See it is a clear statement of how much nature is appreciated. For years, pioneering work has been done – not only in terms of cable car, but also in terms of environmental protection. For example, the company is supplied with 100 percent green electricity from the Salzburg AG power plant. In addition, the “Schmittenhöhebahn” is the first cable car company in Austria to participate in the Eco Management Audit Scheme (EMAS), in which current innovations are recognised by an independent environmental auditor. 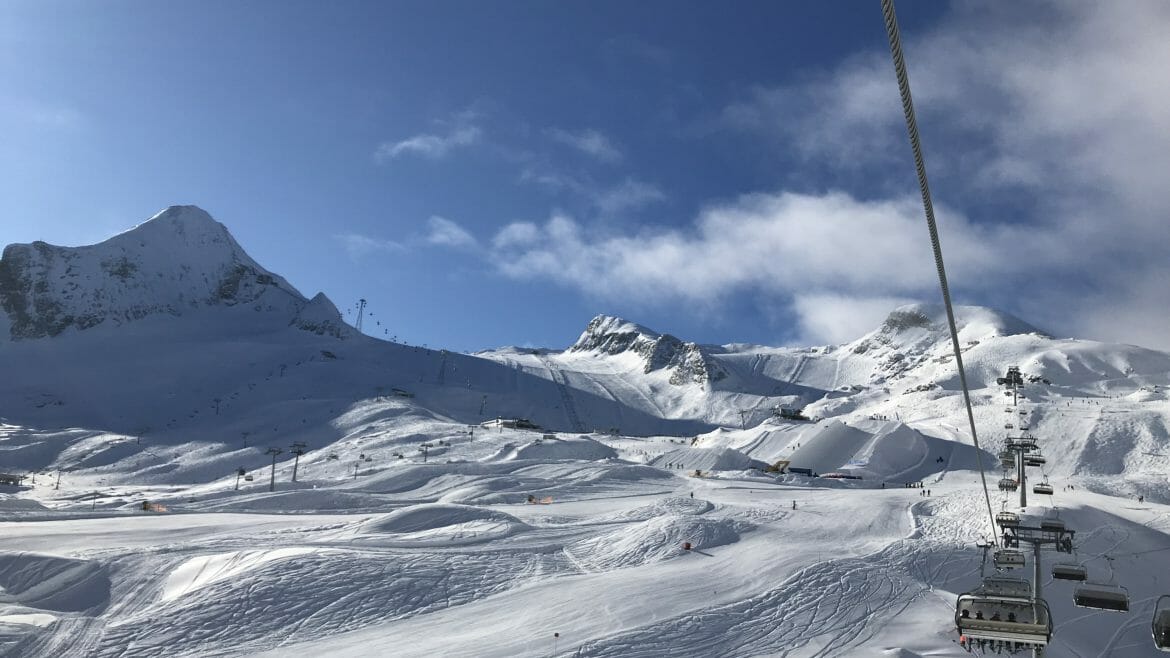 The Klimaberg Katschberg(“Climate mountain Katschberg”) region has set itself an ambitious goal in terms of climate protection. It wants to be CO2-neutral by the year 2030. So, the name of the region says it all. As a guest, you book a climate holiday to experience the sustainable concepts in all their different facets. This includes e-mobility and solutions for traffic reduction, climate protection areas on ski slopes and blossoming meadows for bees to preserve biodiversity, as well as plant-based “climate food”, which can be found on the menu in all partner restaurants.

Already back in the year 2003, the Kitzsteinhorn glacier committed itself to the application and associated permanent controls within the framework of the high quality and safety standards according to ISO standard 9001. In the meantime, the company was certified three times by ISO and in 2011, they were rewarded for their sustainable management with the “pro natura – pro ski AWARD”. As a glacier ski area, the Kitzsteinhorn also functions as an open-air laboratory for several international science projects.

In winter, for example, the water for the necessary artificial snow is used from the Kaprun hydroelectric power station reservoirs. In addition, a small power station was built in 2011, which functions as a pumping station in winter. In summer, the pumping station serves as a turbine that uses the meltwater to produce electricity, generating a large part of the electricity needed for snowmaking in winter. 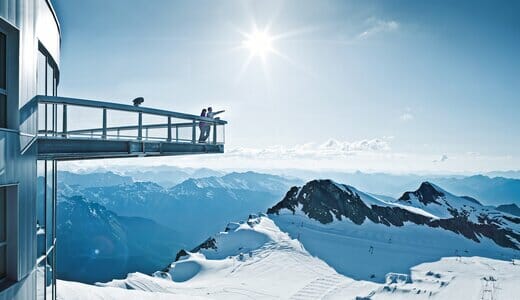 Also, in Snowspace Salzburg, every effort is made to enable sustainable, energy- and resource-saving skiing operations. For example, renewable energy sources are used to operate the snowmaking equipment. The storage ponds themselves are filled exclusively with rain and melt water from the resort’s own ski area. Technically, the production of snow is adapted to the natural process, which means that only water and air are needed. And even when a new ski slope is being built, strict attention is paid, to making sure that replacement plantings are carried out on the same scale as the clearings, or at least that protective forest projects are financed.

Another leading business in the region is the “Shuttleberg”, which gained the “Good Travel Seal” sustainability certification specifically for small and medium-sized businesses with 3 out of 3 stars and achieved a total rating of 94 out of possible 100 points. Green electricity, its own photovoltaic system for the ticket-hall-building in Kleinarl and even the development and testing of hybrid snow groomers are evidence here of a responsible approach to  nature. Take a look yourself at the sustainability developements of the “Shuttleberg“. 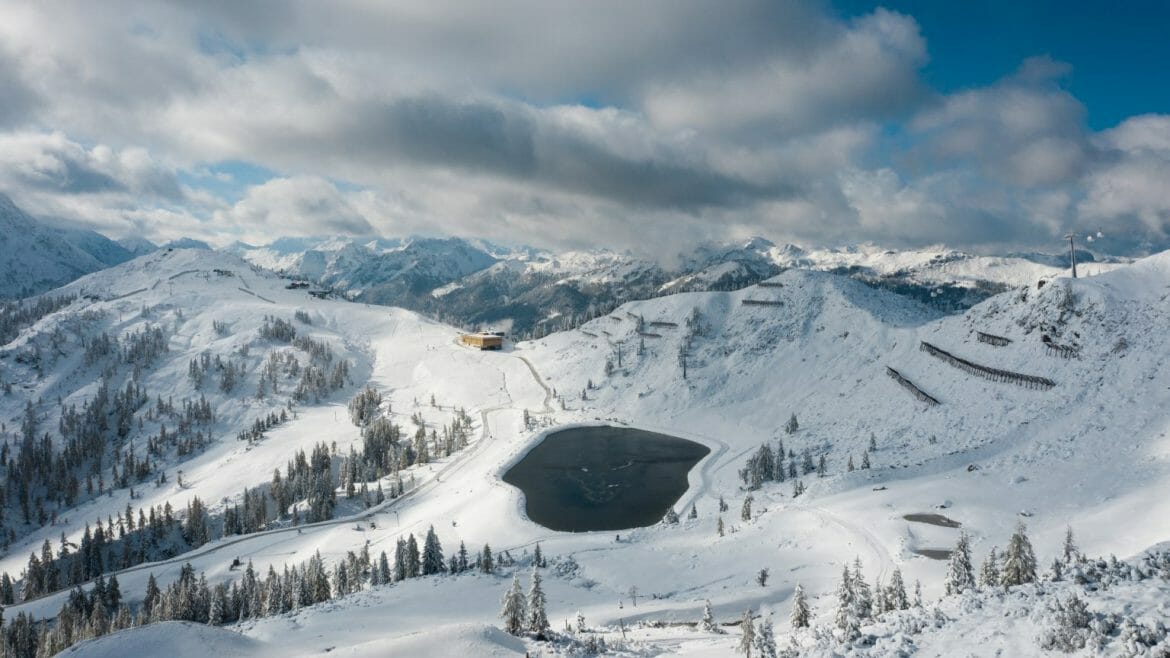 #7 The Green Road: Home of Lässig sets out on a road to climate neutrality

Saalbach Hinterglemm is on the road to sustainability. The region is being made even more sustainable in a transparent way- and full of determination. Photovoltaic systems on cable car buildings, air and geothermal heat pumps for heating lift stations as well as slope equipment garages and, of course, chemical-free artificial snowmaking are just a few points that are already contributing to sustainable skiing in Saalbach Hinterglemm. Did you know that water is not wasted in the snowmaking process, but only used? Or that the reservoirs have an important impact on flood protection? Information on laid-back mountain experiences and the “Green Road” to a sustainable destination can be found here. 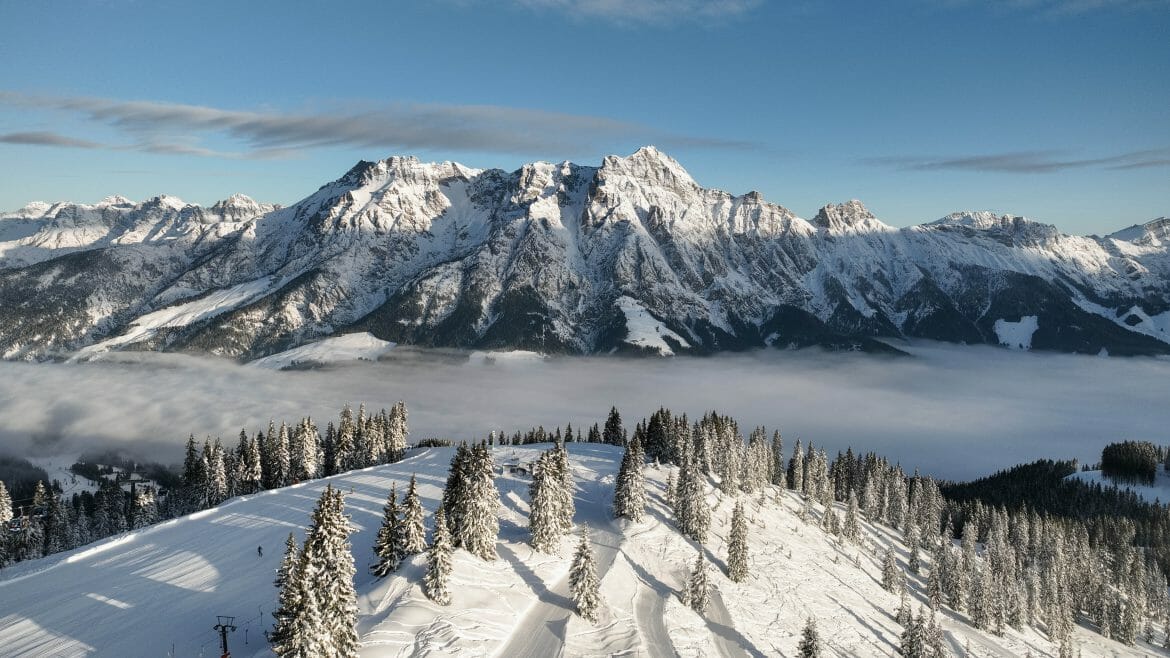