I HAVE BEEN WAITING FOR YOU FOR SO LONG!

You make children's eyes glow and bring my pulse to sunny heights. Overnight you enchant the mountains, the valleys and the many guests who feel just as at home with us as you do.

Whether skiing or snowboarding, snow-shoeing or simply taking a walk through the pristine forest - you warm my heart. When I start to freeze, I simply cuddle up in the nearest spa. And we have six of these in SalzburgerLand – as you can see, we have the right offer for every holiday wish!

When it's evening and you send us fresh snowflakes from the sky, I toast you with my friends and my dear family. In one hand I hold a cup of steaming punch and with the other I write a wish up to heaven – let's be friends forever!

Once at some point in Advent, this special morning came. Still in our pyjamas, we toddled into the kitchen where Mother pulled back the curtain and instead of a “Good morning” she greeted us with a joyful, “Look kids – it’s snowed!”. These words resembled a spell. They were downright magical and filled us with an inner cheer, the echo of which still resonates to this day. The first snow of the year was a promise of happiness, which was associated with snowball fights, tobogganing and red cheeks. It made the trip to school a fun slide and in the afternoon brought all the children from the neigbourhood together – the days were simply too short for us! Only when it started to get dark did we trudge tiredly and contentedly back home with our sleigh.

The first snow also meant that Christmas and thus the Baby Jesus were soon at the door. That the skis were properly waxed and the holidays were in sight. The first snow made life unspeakably easy. Is it this longing for lightness that has been intertwined with the longing for white splendour? Hardly any other weather situation concerns us as much as a white Christmas. In mid-December, an accomplished meteorologist such as Bernhard Niedermoser, head of the Central Institute for Meteorology and Geodynamics in Salzburg, can ideally answer this question. “SalzburgerLand is Austria’s snowiest state, as we get the snow from both the Italian lows out of the south and, even more often, from the north – the so-called northern reservoir. This means that in many Salzburg valleys and towns the probability of a white Christmas is very high.” In Zell am See or Tamsweg, for example, the statistical probability of a white Christmas is just under 80 percent, and in Bad Gastein it is as high as 92 percent. In SalzburgerLand there are many favourable towns, which are commonly referred to as “snow holes”. These include the municipality of Muhr in Salzburg’s Lungau, the southern Tauern valleys of Gastein, Rauris and Fusch, but also areas of the Salzburg Saalach Valley such as Lofer and Weißbach, towns on the Hochkönig such as Dienten and Maria Alm as well as Filzmoos, Abtenau, Annaberg or Faistenau. 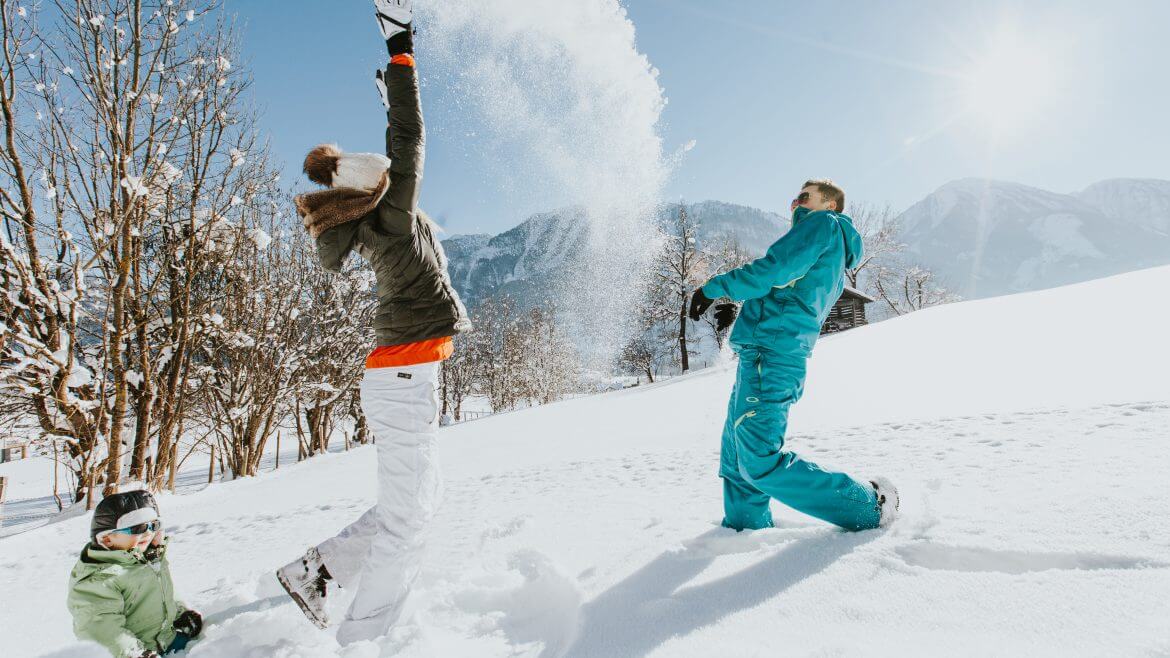 “When we talk about winter, we also need to talk about climate change, which is affecting everyone. As a general rule, the snow will become less in the coming decades and the winters will become shorter. But in many Salzburg high-altitude areas, especially in the mountainous regions, winter has not changed that much in recent decades, once you filter out the strong fluctuation from one year to the next,” says the meteorologist and head of the Salzburg Avalanche Warning Centre, who himself raves about winter. He, too, has stored up the echo from his childhood days and knows about the magic of snow on us humans – “Winter in the alpine terrain is very different from summer. The snow swallows all the noise; it is pure and clean. Therefore, we associate it with peace and calm. In addition, the snow makes the terrain track free.” Human traces disappear under a white blanket, smells and sounds are dampened – the snow is good for us, it calms and decelerates. Arnulf Hartl, head of the Institute of Ecomedicine at the Paracelsus Medical Private University Salzburg, even writes of the “Miracle Cure Winter” in his book “Heilkraft der Alpen”. “Winter sports unite like a kind of all-round miracle pill, the best that nature has to offer. It exposes us to sun and nature, satisfies our urge to move and provides us with pure air.” As children, we intuitively felt all this. With the first snow, it was necessary to use every spare minute.

Perhaps this is the best way to explain the magic of snow – it invites us to be a child again. It brings lightness back into our lives and releases happiness hormones when we glide almost weightlessly into the valley on skids or skis. The snow leads to playing, touching and irrational actions – snowballs are thrown spontaneously or snow angels are made. Snow means abundance, but with an expiration date, and is therefore all the more precious. It is a gift that simply floats down onto us, the sky opens its floodgates and the flakes fall silently. Snow is pure happiness that only melts in the spring sun. And already at this moment, despite the prospect of summer, we are looking forward to that one special morning again, when we look out of the window and see the first snow on the mountains. 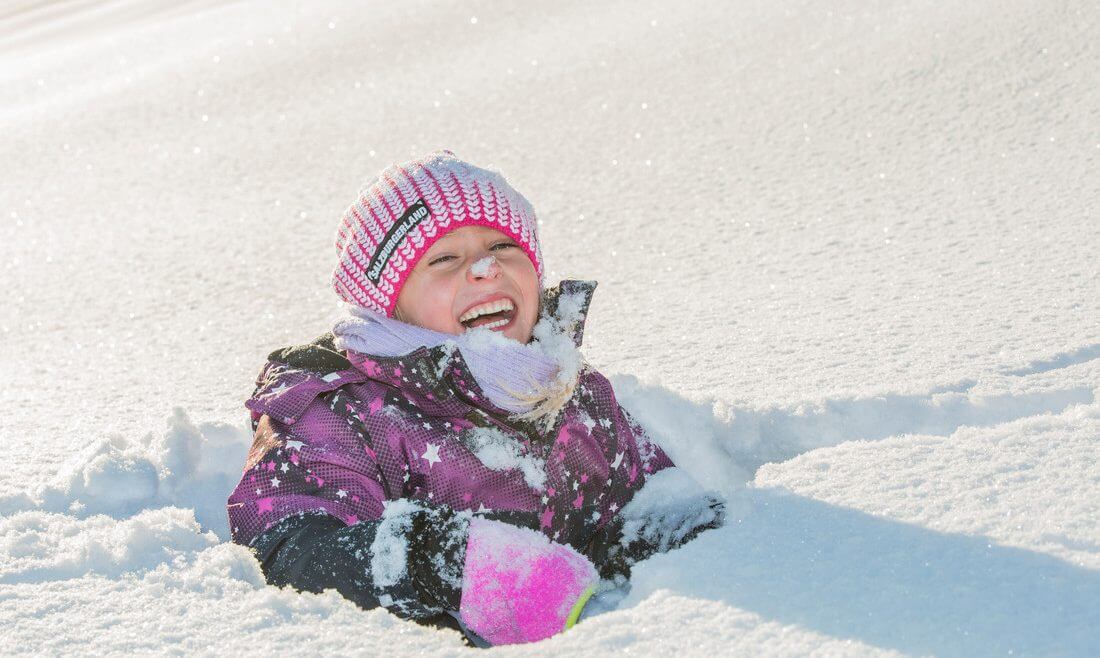 Happy in the snow

Snow has many facets and invites you to do different activities. For example, in Saalfelden Leogang and in Zell am See-Kaprun you can build snow igloos and stay overnight in them. At the largest art festival in the Alps “Art on Snow” in Gastein, snow becomes a design element. Digging in the snow is the main criteria at the Gamsleitenkriterium in Obertauern – Austria’s largest treasure hunt. And if you want to prepare for your winter holiday in summer, you can do so in the Alpenpark Neuss in Nordrhein-Westfalen (Germany), which is open all year round.