The Großglockner High Alpine Road leads once across the Alps and up to over 2,571 metres above sea level. This road takes you from SalzburgerLand in the North to Carinthia in the South. It is considered the most beautiful panoramic road in Europe, is under preservation order and should become a UNESCO World Heritage site. It was built in just five years according to the plans of the then only 27-year old civil engineer Franz Wallack. For this passionate mountaineer, it was an effort to underline the beauty of the Alpine landscape with the road. Since its opening in August 1935, more than 65 million people have driven on the road, with annually about 900,000 guests from all over the world. The Großglockner High Alpine Road leads into the heart of the Hohe Tauern National Park and to the foot of the highest mountain in Austria, the 3,798m high Großglockner. A road as a monument!

The summers on the Großglockner High Alpine Road are short – short but intense! At the beginning of the season in early May, there are still metre-high snow walls lining the road which makes it for many visitors the best time up there! While early summer wakes in the valley, cool temperatures still rule up in the Alpine regions, with the marmots having just woken up from hibernation and warming their fur in the sun. Everywhere the melting water bubbles and the first Crocuses conjure up a purple glow over the barren meadows. The surrounding mountain peaks of the Hohe Tauern National Park are still covered with snow, and occasionally one hears in the distance the thunder of an avalanche into the valley. It is a vast landscape, foreign and inhospitable at first glance. At the second glance however, it is fantastic and fascinating.

The Großglockner High Alpine Road is still buried under snow just a few weeks before the road opening at the end of April, beginning of May. It is only thanks to the brave men of the Großglockner High Alpine Roads Company and their heavy rotation plows that each year it is cleaned up in time for the opening. The snow clearing work, which is somewhat dangerous, takes two to three weeks with avalanche slopes regularly having to be blown up, in order to avoid any risk for the two snow-clearing crews. These crews start in parallel from Heiligenblut on the Carinthian side and from Fusch on the Salzburg side.

The crews meet at the famous “break-through” at a height of about 2,400 metres above sea level. This is the first highlight of the year and a major media event. On average, approximately 550,000 cubic metres of snow is cleared away during this work on the Großglockner High Alpine Road. If this amount of snow was piled up on a football field, the snow block would be no less than 51 meters high. An unimaginable amount! Even more unimaginable is the fact that the road was still manually cleared in the first years after its opening – only in 1951 was the first rotary snow-plough in operation. Previously, the snow clearance took around 10 weeks and was carried out by 350 ‘shovellers’. 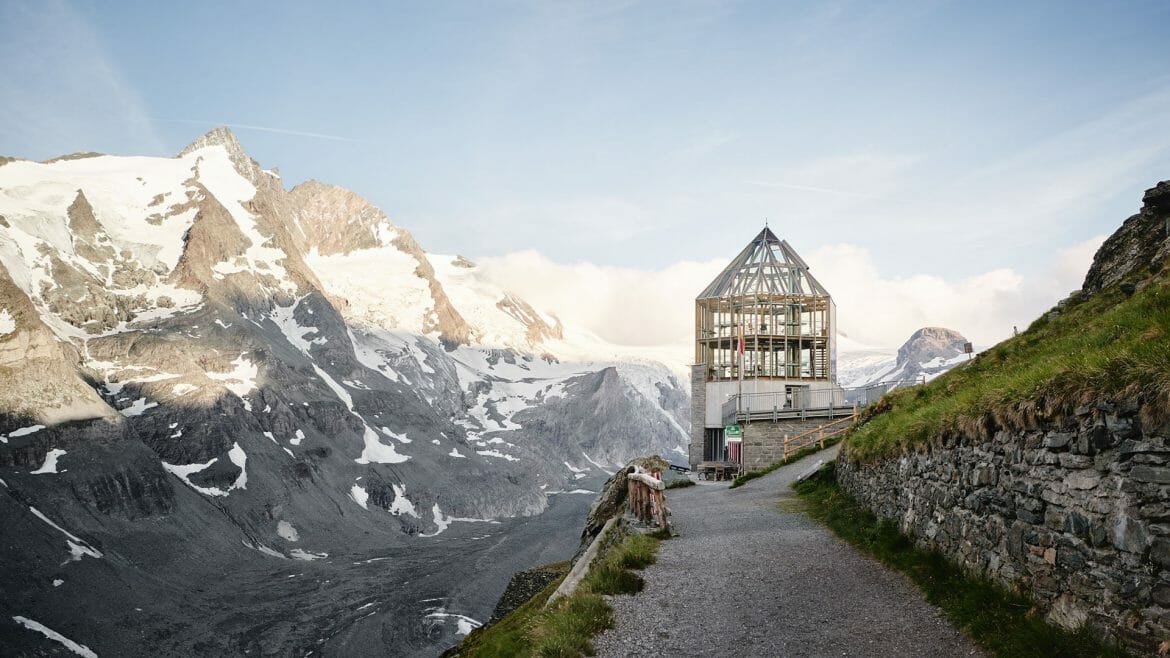 The high Alpine summer with all its charms – glacier, ibex and orchids

From the beginning of May until the end of October, the Großglockner High Alpine Road is open to traffic. Numerous themed trails and free exhibitions invite you to share in the history of the road construction, historical finds, the high Alpine habitats and flora and fauna of the Hohe Tauern National Park. But the real star of the road is the breath-taking nature. Whoever takes a drive on the Großglockner High Alpine Road, in the Großglockner Zellersee region in SalzburgerLand, is on a journey through the climate and vegetation zones up to the Arctic. From evergreen coniferous forests on the mountain tundra with Alpine meadows and heaths, up to the Lichen tundra and the glacier.

The highlight of the trip is the 2,396 metre high Kaiser-Franz-Josefs-Höhe at the foot of the Großglockner, which is named after Kaiser Franz Joseph. Here on the Carinthian side is located the eight kilometre long Pasterze glacier – the longest glacier in the Eastern Alps. From the Kaiser-Franz-Josefs Heights there are beautiful exploring tours on offer, such as a Pasterze glacier hike or a tour in the special protection area of Gamsgrube, where the largest Marmot colony in the Hohe Tauern Mountains live. Even Ibex can also be seen. The Glockner meadows along the glacier road offer an additional botanical speciality with their Lilies and Orchids providing a unique high Alpine floral blossom. 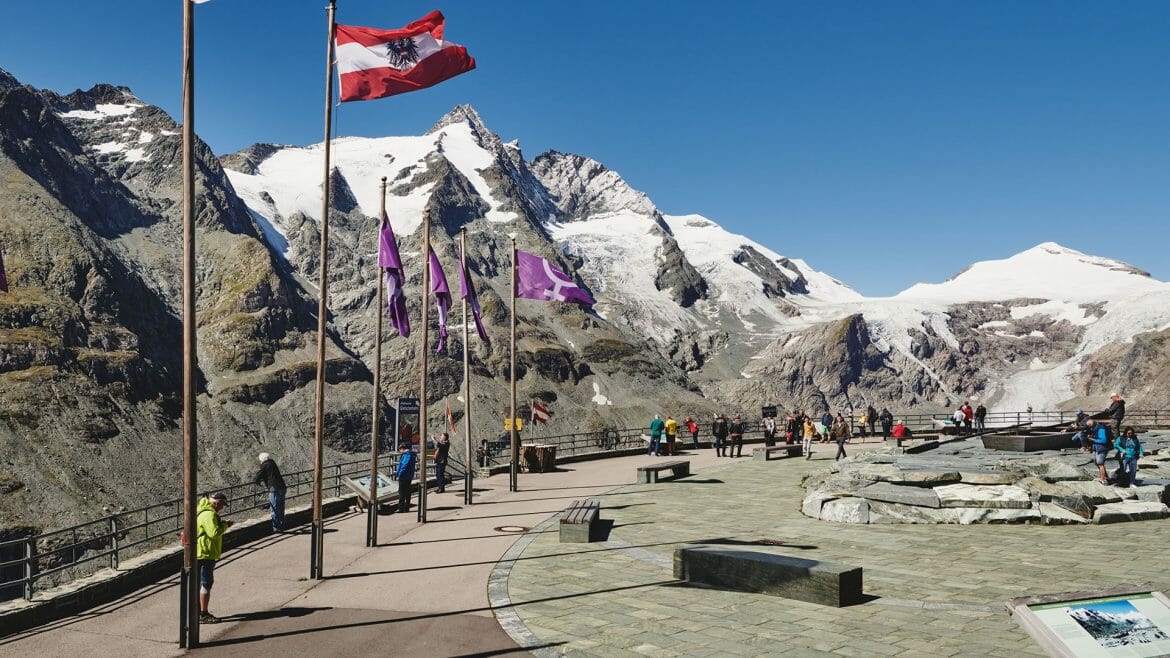 The Salzburg side highlights of the Großglockner High Alpine Road

An estimated 15,000 stones, milestones, hectometre stones and curb stones, line the 48 kilometre Großglockner High Alpine Road and give it a unique, nostalgic look. The “kilometre zero” is located in Bruck on the Großglockner Road in the Großglockner–Zellersee region in SalzburgerLand. From here, the road leads through Fusch and proceeds to the payment point at Ferleiten. 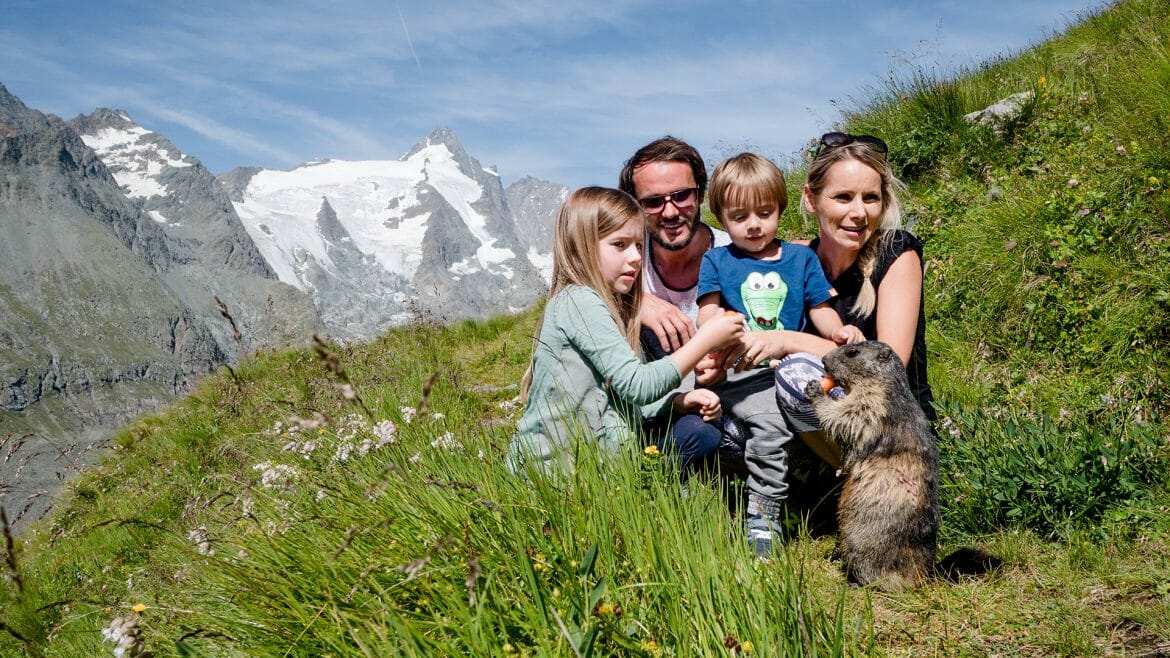 The Großglockner High Alpine Road is the ideal destination for families, nature lovers, hikers, bikers and cyclists. It attracts people with its beauty and its high Alpine character. It is less romantic, but rather more breath-taking. Along the road you can also take an overnight stop-off – a wonderful experience!

Despite summer temperatures, the weather in the mountains can change quickly. Therefore, always think about taking warm clothing with you! Should the weather be extremely bad or even snowing in the summer, the Großglockner High Alpine Roads Company website provides daily information about the situation. Motorcyclists should bring riding skills and a minimum level of physical fitness and training, to get benefit of maximum riding fun.

All information on road opening times, ticket prices and current events can be found at www.grossglockner.at