Eddy Merckx, the most successful cyclist of all time, has a special love for SalzburgerLand

Even today, people talk in awe of the boisterous, almost brutally energised Édouard Louis Joseph Baron Merckx. He who really showed his opponents how it’s done by dominating cycling in the 1960s and 70's like nobody before or since. Eddy Merckx, who gained world fame with his nickname "Cannibal", is still the most successful cyclist of all time. His five wins at the two most important cycling races, the Tour de France and the Giro d'Italia, are unequalled to date. SalzburgerLand holds a special love for him which is reflected in the annual Eddy Merckx Classic Cycling Marathon.

Even though Eddy Merckx has long since hung up his professional biking shoes, he still feels deeply connected cycling. He just loves to explore the world from the saddle. He covers 7,000 kilometres every year, to keep fit. Just like before, he doesn’t give up when it gets tough. A characteristic that probably made him infamous during his active sporting days. Eddy wanted to win – always and everywhere. Tactical, effortless riding was not his thing and so he gave his absolute all on every stage, in every race and from the start to the finish line. And he won! His remarkable sporting career is crowned with five victories in the Tour de France and the Giro d’Italia, winner of the Vuelta a España, three times World Sportsman, twice Europe’s Sportsman of the Year and being known as the best cyclist of the century.

A life for cycling

But even after his active career, Eddy Merckx is still connected to his sport. He is still successfully producing “State of the Art” road racing bikes under his own name. He is also active as an organiser and commentator of cycling races. In his spare time, he still swings himself up onto his bike and leaves the world and the stress of everyday life behind. He particularly likes to cycle through the Salzburg Lake District. For many years, he has had a special love for this region. In the wake of the UCI Road World Championships 2006 in Salzburg, he had the idea to hold an annual cycling race in this region. This race boasts not only sporting excellence, but also stunningly unique scenery. The Eddy Merckx Classic Cycling Marathon was born and the rest is, as they say, history. 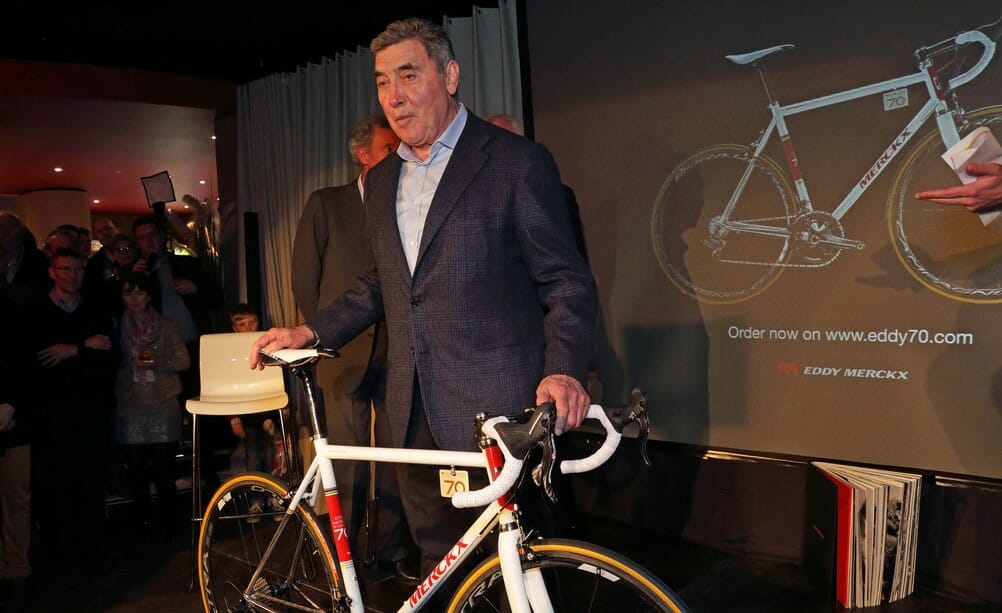 Over the years, Salzburg’s Eddy Merckx Classic Cycling Marathon has become a fixed date in the international cycling calendar. Every year, it attracts about 1,500 enthusiastic cyclists to the Lake District. Anyone who feels up to it and has the desire for a special challenge can participate in this “race for everybody” as the name implies. The route passes eleven beautiful lakes in SalzburgerLand and the Salzkammergut over familiar and well-known ways. The start and finish is in picturesque Fuschl am See.

But in addition to all the sporting aspects, the idea of charity does not get forgotten. Thus, year after year the Wings for Life organisation, a spinal cord research foundation, is supported with a considerable donation.

The 12th Eddy Merckx Classic Cycling Marathon starts on 9th September, 2018. Alongside the former world champion cyclist, many previous cycling world champions are expected in Fuschl am See – such as the Italian Maurizio Fondriest, Frenchman Laurent Brochard and the Dutchman Rob Harmeling.

New in 2018 – for the first time, on the short section (62km) the focus is on a so-called “touristic cycle tour“, where easy-going and relaxing together is in the foreground. Over this distance, there is no official timing and participation is possible with all types of bicycles, which comply with the road traffic regulations (e.g. also E-Bikes).

Looking back on the 10th Eddy Merckx Classic Cycling Marathon 2016

The Hand Bike-Marathon, which in 2016 was held within the framework of the Eddy Merckx Classic for the third time, celebrated a small anniversary with more than twenty athletes starting the race.

An emotional moment was the presentation of a donations cheque to Wings for Life. The work of the International Foundation for Spinal Cord Research was further supported in this charity partnership with the Eddy Merckx Classic Cycling Marathon. € 20,000 was raised via the charity race on the previous day, as well as donations from the Eddy Merckx Classic sponsors, Stiegl and Raiffeisen.

Aside from the patron and cyclist of the century, Eddy Merckx himself, the following legends from five decades of cycling history also came to Fuschl am See:

Jan Janssen (NED)
This 76 year old Dutchman won the World Championship in 1964 and was the oldest world champion at the Eddy Merckx Classic 2016.

Felice Gimondi (ITA)
Right in his very first professional year, the now 73-year-old won the Tour de France, and later also won the Giro d’Italia three times, and once the Vuelta. In 1973, he became world champion.

Francesco Moser (ITA)
The legendary time rider from Italy won the Giro d’Italia once and was world champion in 1977.

Joop Zoetemelk (NED)
The most successful Dutch cyclist in history, he won the Tour de France, the Vuelta and in 1985 the World Cup.

Rob Harmeling (NED)
A good friend of Eddy Merckx, he was was a member of the Dutch team in 1986 that won the world championship team time trial.

Stephen Roche (IRL)
The Irishman was only the second rider ever, behind Eddy Merckx, in 1987 to win the Tour de France, the Giro d’Italia and the Road Cycling World Championships all in one year.

Maurizio Fondriest (ITA)
The “Classic Hunter” from Italy was world champion in 1988 and won the Cycling World Cup twice in his career.

Laurent Brochard (FRA)
The Frenchman ended his career in 2008. His biggest success was winning the Road Bike World Championships in 1997.

Roland Königshofer (AUT)
The “Woodpecker” is a 29-time Austrian Champion in track cycling and was world champion three times between 1989 and 1991.

Wheel to Wheel with the Legend Eddy Merckx swears on SalzburgerLand 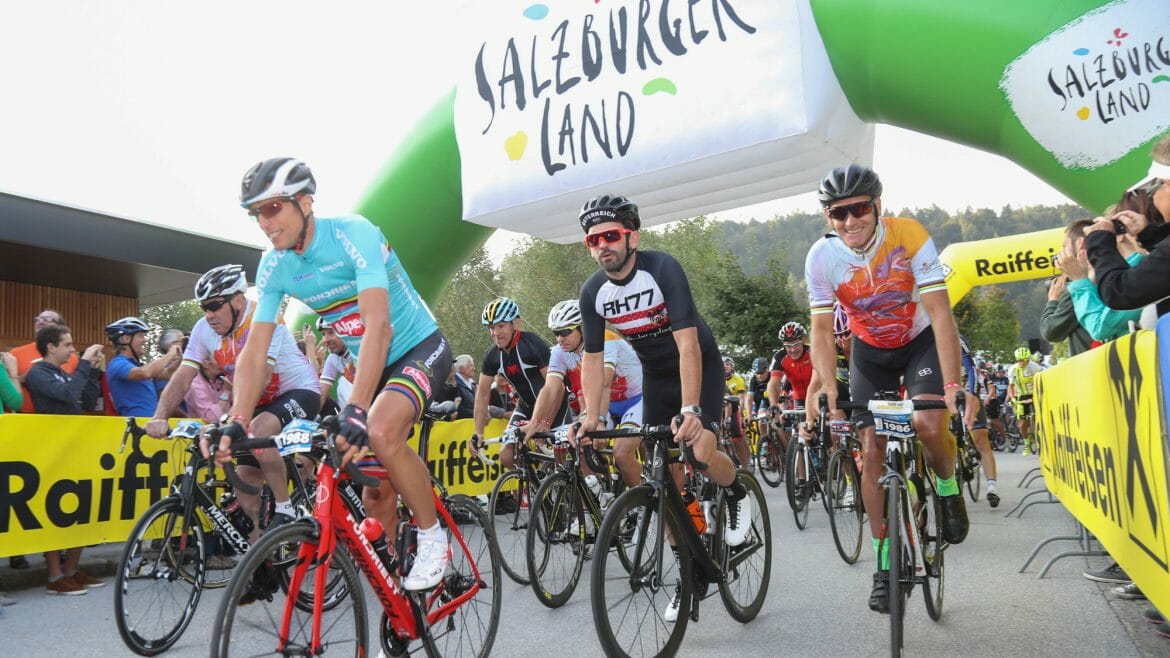